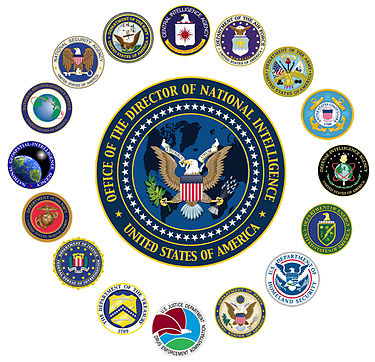 The Washington Post reported over the weekend that the Pentagon is sending hundreds of spies overseas as part of its rapid expansion into espionage- an endeavor rivaling the CIA. The Defense Intelligence Agency (DIA) will oversee this effort, expected to top the deployment of 1,600 agents worldwide. And it is the wrong approach.

The Intelligence Community (IC) is made up of a number of organizations, including the Department of Homeland Security, the Drug Enforcement Administration and the National Security Agency.  The IC has undergone numerous changes over the last decade fighting terrorism. Two particular changes are crucial to the Pentagon’s new spy program: the militarization of the IC generally, where agencies become obsessed with directly attacking terrorists and the extreme militarization of the CIA, specifically (also a member of the IC).

The remarkable thing about the DIA’s spying program is that the military is deploying non-violent “collectors,” who  gather information and report back to analysts stationed in the U.S. Conversely, the civilian CIA’s overseas activity is increasingly dominated primarily by drone strokes and by additional paramilitary operations.

This arrangement may seem backward but in fact, it’s really not; since its inception during World War II, the CIA has engaged in paramilitary operations. As the size of the CIA has increased dramatically over the last decade, it has also dramatically increased its use of kinetic operations. This shift has been mirrored by other member agencies of the IC, as they have shifted to generating intelligence for kill-missions. As it turns out, it is an increasingly dysfunctional, chaotic system.

The DIA spy program is a symptom of the IC’s decade of dysfunction; there is simply not enough granular, local-level intelligence being generated, either for the kill missions or even more generally for the broad knowledge required for appropriate analysis and advice to policymakers. Ergo, the DIA is creating its own service to fill in the gap.

Dramatically increasing collectors is the brainchild of DIA Director Lt. Gen. Mike Flynn, who explained this shortfall in a paper he wrote nearly three years ago for the Center for a New American Security. He argued that the analysts he had access to, as the senior intelligence officer in the Afghanistan war, were too bureaucratized and focused on attacking insurgents. In turn, he found they were not focused enough on general intelligence gathering and analysis which he believes would improve their ability to plan operations.

Flynn’s paper was obstructed by two very big problems. First, after correctly diagnosing the problems of bureaucracy and enemy-centric operations, he proposed putting more analysts into the field- only to add another layer of bureaucracy. Second, he promoted one military intelligence service, the DIA, making him seemingly unaware of other military intelligence groups operating in Afghanistan. Flynn did not acknowledge the CIA civilian collectors and analysts – all of whom were already performing the work he believed should have been integrated into Army planning.

Now at the DIA, Flynn is putting into place his expanded collection policy. By centering the effort on the DIA, an organization chocked by immovable bureaucracy, Flynn is playing into a critical weakness he identified in his paper. And worse still, an earlier mistake is now being replicated. Rather than coordinate with and support other agencies that already do this sort of work, Flynn is now creating a new, parallel program.

The 9/11 Commission famously identified the problem of “stovepiping” in the IC as a major cause of the disjointed information not pieced together in time to prevent the attacks. Before 9/11, the functions of the disparate elements of the IC were particularly isolated from one another and likewise duplicated; policymakers were not able to wade through the morass to generate reliable and actionable information.

The Office of the Director of National Intelligence (ODNI), established in 2004, was supposed to solve the stovepiping and duplication problem, but it has not. Because the office was never given budgetary or other forms of authority over the agencies within the IC, the ODNI is mostly a toothless figurehead that can issue some directives but cannot demand compliance from the community.

As a result, even when an agency head correctly identifies a problem within his own organization, his best option is to simply fix it himself- rather than cross-checking the work with other agencies. This process creates massive organizations,  all doing similar or parallel work. As a former contractor at the DIA, I have seen how poorly coordinated the IC still is (I have also witnessed this in other intelligence groups in the U.S. military).  My branch chiefs were often surprised at the information I found buried in the databases of other agencies.

Eleven years after 9/11, the Intelligence Community is still a fractured and dysfunctional place rife with duplication, stovepiped programs, and poor coordination. While Flynn’s idea seems like a smart response to a failure of the community, the unfortunate reality is that in the long run it is likely to only make those problems worse.

Joshua Foust is a fellow at the American Security Project and the author of Afghanistan Journal: Selections from Registan.net. He is a member of the Atlantic Council’s Young Atlanticist Working Group, and used to work as a civilian cultural advisor for the US Army. This article originally appeared in PBS Need to Know.