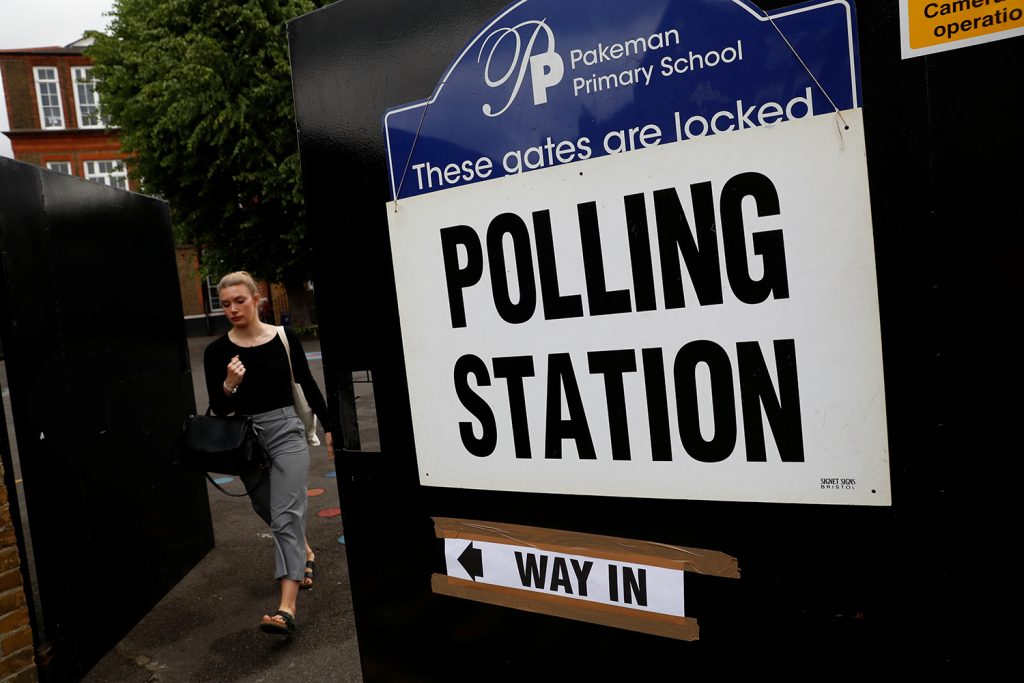 The United Kingdom will at last get the general election for which its leaders have been clamoring. But whether it will resolve the Brexit crisis, or anything else, is quite another matter.

The House of Commons voted on October 29 by 438 votes to twenty to approve an election on December 12, with the opposition Labour Party failing to secure an amendment to bring the election date forward to December 9.

After British Prime Minister Boris Johnson spent weeks trying to secure an election against the will of Parliament, the breakthrough came on the morning of October 29 when Labour Party Leader Jeremy Corbyn finally joined the other opposition parties in accepting the need for an election now that there is no immediate prospect of the UK leaving the European Union without a deal.

For Corbyn, this was the most crucial issue, but his concerns were effectively addressed by a decision by the European Union to grant the UK a further extension of up to three months for its withdrawal date and by a UK Government promise that it will not resume parliamentary debate on its bill to pull the UK out of the EU before the election campaign officially starts in a few days’ time.

The election itself is a gamble for all the political parties, with both the Britain’s relationship with Europe and its very survival as a united kingdom at stake.

Popular support for political parties has never been so volatile. Right now, Johnson’s Conservative Party currently holds what looks to be a commanding lead in the opinion polls. But who knows what havoc will be wrought to turnout and psephological projections by such crucial factors as the fluctuating dynamics of party loyalty, the vagaries of the first-past-the-post system, the decision to hold an election in the run-up to Christmas, and the prospect that the poll might take place when the long range weather forecast suggests that Britain may be facing its coldest winter in thirty years?

Perhaps the most important question of all, as current polling suggests, is whether voter support for Brexit or determination to see the UK remaining within the European Union proves more important than traditional party allegiance.

The Conservatives certainly have a head start, since they are currently polling at anything from ten to sixteen points ahead of Labour. Boris Johnson will naturally campaign on a platform that he really is determined to see Britain exit the EU and that the agreement he concluded with the European Commission on October 17  proves this point.

But he faces four key problems in taking this message to the country.

The first is that Brexit itself will be the dominant issue. Johnson has failed to deliver on his repeated promise that Britain will actually leave the EU on October 31, since he has now both requested and accepted an extension, albeit against his will and because he could not command a majority in the House of Commons to secure rapid approval of his withdrawal bill.

This failure renders some Conservative candidates vulnerable to challenges from Nigel Farage’s Brexit Party, currently polling at around ten to twelve percent, whose populist messages of Get-Britain-Out-and-Damn-Parliamentary-Nitpicking ensured that, somewhat ironically, they won more seats than any other UK party in the May 15 European parliamentary elections. In some constituencies the Brexit Party could take sufficient votes off the Conservatives to allow a Labour or Liberal Democratic candidate to win.

While Johnson will no doubt fight on a slogan of “people versus parliament,” this may not work in his favor since for the last two years or so polls have shown a small but consistent popular majority for Remain versus Leave. This, in turn, opens up a potentially broad avenue for the Liberal Democrats. They are currently polling at around fifteen to twenty percent, which would normally limit their prospects. But the Lib Dems are the most pro-Remain party in England, which accounts for 533 of the 650 seats in the House of Commons, and this means they will likely make some gains in seats in constituencies that voted Conservative in the last general election in June 2017, but which voted to remain in the Europe in the 2016 EU referendum.

The second is workers’ rights. Labour is doing badly in the polls, registering around twenty-three to twenty-five percent, but while Johnson originally pledged that any Brexit deal would not damage workers’ rights that are currently guaranteed under European codes, the wording of his actual deal shows they would diverge, with protections almost certainly weakened. This is likely to prove a particularly important issue in one particular set of Conservative targets, seats held by Labour in which the local population voted to leave the EU in the June 2016 referendum.

The third is Scotland. If there is one certainty at this stage, it is that the Scottish National Party looks set to make significant gains in Scotland, which accounts for fifty-nine seats, at the expense of both Conservatives and Labour. The SNP, which already holds thirty-five seats, will naturally seek to garner support from the fact that it is a strongly ‘Remain’ party in a country—Scotland—that voted overwhelmingly to remain in the EU in 2016.

More importantly, however, it will campaign on a platform that calls for a second referendum on Scottish independence to be held in 2020. Johnson has ruled this out, while Labour has said it will consider a further referendum. The problem for Johnson is that if he maintains his opposition it may well serve to unite Scots behind the call for a referendum, on the grounds that they don’t like being told by London what they can or cannot do, including a proportion of those who voted to remain in the United Kingdom when Scotland held its first independence referendum in September 2014.

The fourth is Northern Ireland. In order to secure his withdrawal agreement, Johnson agreed to a de facto customs border between Northern Ireland and the mainland of Great Britain in the Irish Sea. This has cost him the support of the Democratic Unionist Party (DUP), whose ten parliamentary votes helped to prop up the last Conservative government in London, since Johnson promised a DUP party conference a year ago that he would never allow the creation of such a border.

So the result of the election will depend very much on how two quite contradictory themes play out. One is the straight, traditional, Conservative-versus-Labour vote. This should see Johnson make some gains in England and Wales, where Labour holds twenty-eight of the forty Welsh seats, that simply reflect the wide gap between Britain’s two leading parties. The other is that the SNP and resurgent Liberal Democrats look set to take seats from the Conservatives who will not be able to count on support from any Northern Ireland MPs in the next parliament.

Overall, the final outcome currently looks to be a toss-up between a very narrow overall majority for the Conservatives and another hung parliament in which Johnson’s party holds the largest number of seats, but perhaps not enough to secure a majority for the passage of his all-important Withdrawal Bill.

But we haven’t yet seen the start of the actual election campaign, and both Johnson and Corbyn are formidable campaigners in the field.

Perhaps the final word should rest with Ken Clarke, the former chancellor of the Exchequer and, as the longest serving MP, the “Father of the House.” Anticipating both the election and his own retirement since he is not standing again, Clarke said earlier on October 29: “I think the outcome is a matter of chance in many constituencies.”