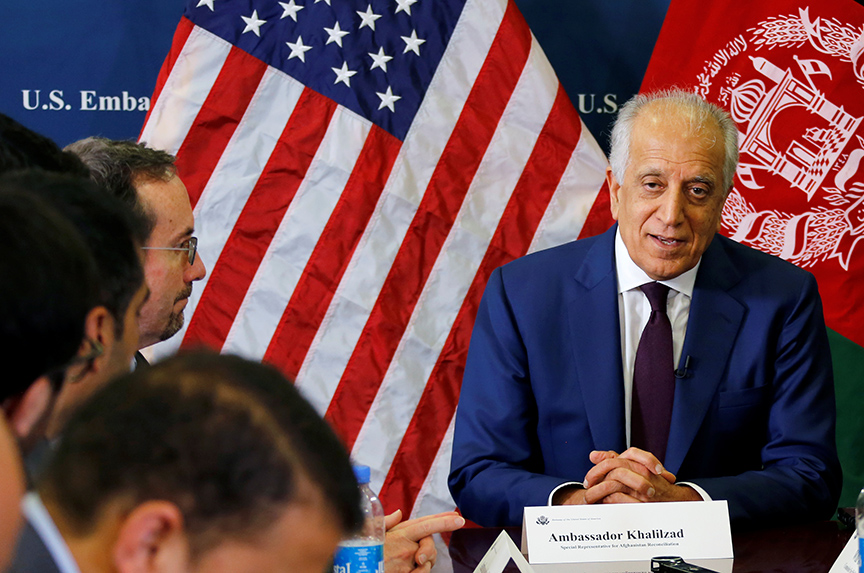 One year on, there appears to be little to show for US President Donald J. Trump’s strategy for Afghanistan. The administration needs to implement this strategy in a way that creates an opportunity to end the war in Afghanistan while advancing core US interests of defeating terrorism and demonstrating that a moderate Islamic state, aligned with the international community, can succeed.

The Atlantic Council’s South Asia Center convened policymakers, analysts, and diplomats to assess the gaps in and imminent challenges facing the US strategy in Afghanistan. In a resulting report, “A Review of President Trump’s South Asia Strategy: The Way Ahead, One Year In,” these experts provide some important recommendations to the administration. Here’s a look at those recommendations.
1)    Demonstrate US strategic patience and commitment. The Trump administration needs to make clear to its partners its commitment to Afghanistan. The world needs to hear from the highest levels of the administration what the United States and its partners intend to achieve in Afghanistan and what a long-term strategy looks like. At present, US partners are left with the feeling that Washington is only interested in a short-term solution that will allow it to declare victory and exit Afghanistan. This belief needs to be dispelled.

2)    Empower the senior envoy. There is a need for an empowered senior envoy who clearly speaks for the administration, drives administration policy, and is charged with the task of developing and implementing strategy. The appointment of Zalmay Khalilzad will meet that requirement—if he receives clear political authority from the secretary of state and the White House.

4)    Regularly review messaging to Pakistan. It is widely recognized that the continued existence of terrorist safe havens in Pakistan makes it extremely difficult, if not impossible, to get the Taliban leadership to seriously negotiate an end to the conflict. The United States and its international partners must confront Pakistani leaders with a choice about the future of their country that prevents a continuation of the status quo.

6)    Pursue converging interests with regional rivals. Dealing with the ambivalence of Iran and Russia is both desirable and complicated. Neither country wants Afghanistan to fail, nor do they want to see the return of the Taliban or the growth of ISIS. There is considerable overlap of interests in Afghanistan’s stability, in countering religious extremism, and in battling narcotics. These subjects should be pursued more effectively as Washington and Moscow seek projects on which they can cooperate.

7)    Attack Taliban financing. Bilateral and multilateral efforts should be made with Saudi Arabia, the United Arab Emirates, and other Gulf countries to disrupt Taliban finances and fundraising in the Gulf. UN Security Council authorities to achieve this goal already exist. New ones should be sought, with additional focus on tracking financial routes, money laundering, and “legitimate” Taliban business interests in Afghanistan, Pakistan, and the Gulf.

8)    Delegitimize Taliban rule. The Trump administration must make clear there is no political future for a Taliban “victory.” The Taliban must understand there will be no international recognition of territory seized by force, and that an Afghan political process and reconciliation are the only way forward.

Many of these recommendations are already being implemented, to one degree or another. It is useful, however, to consider them as a whole to convey the complexity of the task at hand. These recommendations offer the opportunity to secure the genuine participation of the Taliban in a peace negotiation. There is an opportunity to bring the conflict in Afghanistan to an end, but doing so will require time, commitment, and an effort commensurate to the task.

James B. Cunningham is a nonresident senior fellow in the Atlantic Council’s South Asia Center. He served as the US ambassador to Afghanistan from 2012 to 2014.

Both Cunningham and Gopalaswamy are authors of the report “A Review of President Trump’s South Asia Strategy: The Way Ahead, One Year In.”

Image: US special envoy for peace in Afghanistan, Zalmay Khalilzad, talked with journalists at the US Embassy in Kabul on November 18. (US Embassy/Handout via Reuters)