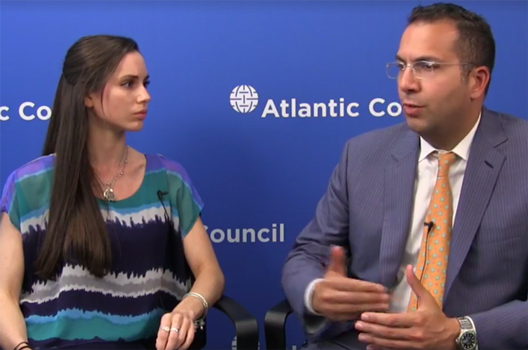 A resolution to the diplomatic fallout between Qatar and other Gulf Cooperation Council (GCC) countries will only come from the nations themselves, until which time the United States must avoid being dragged into the fray, according to an Atlantic Council analyst.

Solutions “lie in the region,” and will only come about “when all… sides are tired of fighting” each other, said Amir Handjani, a nonresident senior fellow at the Atlantic Council’s South Asia Center. Meanwhile, the United States, navigating between allies on both sides of the conflict, must avoid being “caught in the firefight.”

Handjani joined Rachel Ansley, editorial assistant at the Atlantic Council, for a Facebook Live interview on June 14 to explain the implications of the rising tensions between Qatar and other GCC countries.


On June 5, Saudi Arabia, the United Arab Emirates, Bahrain, and Egypt cut ties with Qatar, citing its funding of Islamist militants, propagation of extremist materials, and relationship with Iran. Handjani attributed the regional fissure to conflicting interests among neighbors. While members of the GCC have been trying to confront the Muslim Brotherhood and other political Islamic movements, Qatar “has aligned itself with these movements,” he said.

In addition, Qatar’s opponents have decried Al-Jazeera Arabic, a Doha-based outlet, as “a microphone for these political movements,” which “spreads their doctrine across the Arab world,” said Handjani. He described how this has been a large “source of agitation” for countries such as Saudi Arabia, Bahrain, Egypt, and Jordan.

Handjani believes the most widely reported motivation for the fallout—Qatar’s relationship with Iran, a belligerent actor in the region—is the least significant of the motivations leading GCC nations to alienate Doha.

Handjani said it is in US national security interests to ensure that “Qatar has an amicable relationship” with other GCC countries, as the United States has a military base in the country. However, competing messages from US President Donald J. Trump and US Secretary of State Rex Tillerson have created uncertainty about Washington’s position.

While Tillerson is reportedly trying to convene a meeting of the foreign ministers of Saudi Arabia, Qatar, and the United Arab Emirates, Trump tweeted criticism of Qatar’s support for terrorist groups, further inflaming the situation. According to Handjani, it is important that the United States abstain from isolating and shaming Qatar, especially because of Doha’s role in US military operations in the Middle East.

Xiaojing Zeng is a communications intern at the Atlantic Council.