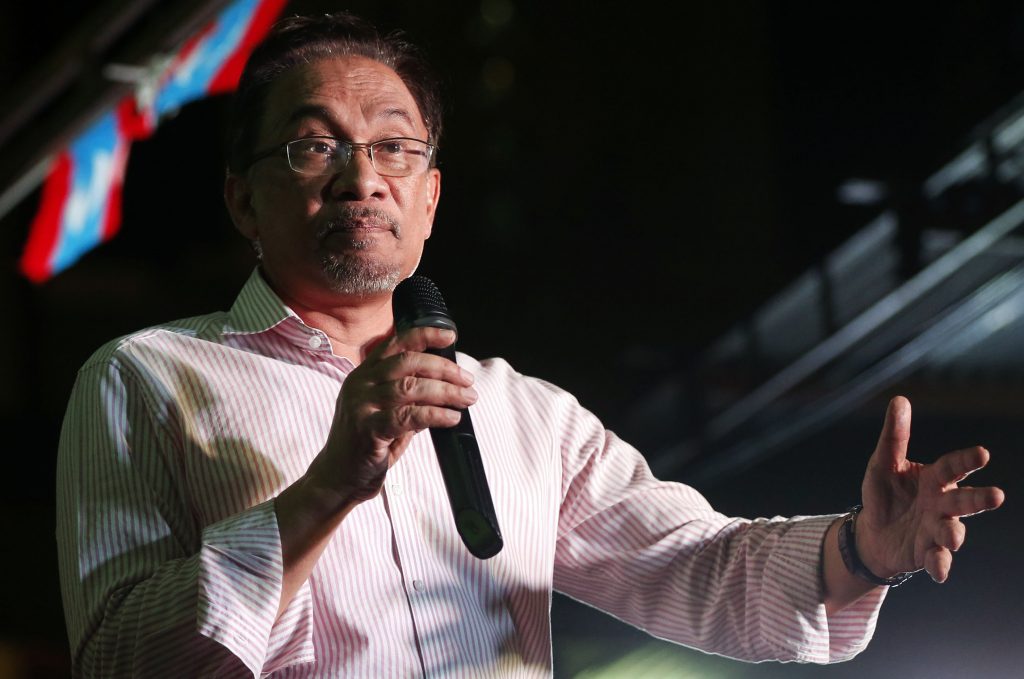 The decision by Malaysia’s highest court to uphold the sodomy conviction of opposition leader Anwar Ibrahim has raised questions about the intentions of Prime Minister Najib Razak’s administration and whether Malaysia is becoming an illiberal quasi-democracy.

The conviction has sparked an uproar in Malaysia. There is widespread belief that Anwar is being politically persecuted and that this conviction will derail his political career and fracture the three-party opposition coalition — the People’s Alliance (PR) — which he currently leads.

Anwar served as Deputy Prime Minister to longtime Prime Minister Mahathir Mohamad in the mid-1990s. He later fell out of favor. He has since faced many legal problems. He was jailed for several years after being sentenced for corruption and an earlier sodomy charge, but was released after a successful appeal.

Anwar quickly emerged as the leader of PR and led the coalition to a strong showing in elections in 2013. PR won the popular vote, but lost the elections because of the gross imbalance in the district sizes that tends to benefit the National Front (BN) coalition led by Najib.

The sodomy conviction on February 10 raises many critical questions. Is this part of the Najib administration’s strategy to prevent a stronger comeback by PR in the 2018 elections? Could the conviction backfire and unite the opposition?

Anwar’s jailing will temporarily fracture the opposition coalition. The opposition can present itself as a viable alternative for Malaysians in 2018 if its leaders reorganize around principles and work more closely with its Islamist members. Many Malaysians are appalled by the nature of the BN’s personal attacks on Anwar since the late 1990s. This could cause an outpouring of support for PR in 2018.

The court’s verdict has been met with disappointment both in as well as outside Malaysia. Australian Foreign Minister Julie Bishop expressed deep concern over the conviction as did the US Embassy in Kuala Lumpur; Britain’s Minister of Asia, Hugo Swire, said the ruling “raises worrying questions about the independence of the judiciary and rule of law in Malaysia.”

In Malaysia, those who have dared to publicly criticize Anwar’s imprisonment have been detained. Zunar, one of Malaysia’s best known political cartoonists, was arrested for sedition over a Twitter posting that Malaysia’s judiciary had bowed to the country’s authoritarian regime. About a dozen prominent Malaysians were charged with violating the Sedition Act last year. Najib has reinforced the act, first enacted in 1948, with new provisions even though he promised to abolish it in 2012. Many viewed this as a tactic for him to gain more support before the elections in 2013.

It is clear that the court’s ruling is a threat to democracy and freedom of speech. Malaysia’s judiciary has been criticized as a tool used by Najib’s administration to crush dissent. Najib should carefully consider the implications of this ruling. Does he want to continue this downward spiral of authoritarianism or advocate for more democracy, openness, and fairness of the judicial system? Furthermore, Najib’s efforts to boost his political position will be detrimental to Malaysia’s future and prosperity. His pro-Malay politics and appeasement of hardliners within his party are just some of the reasons for the brain drain that will take a toll in the country’s economic future.

How will this affect Malaysia’s foreign policy and relationship with the United States? “There’s always been a kind of duality in the way Malaysia politics is organized domestically and abroad,” said Ibrahim Suffian with the Merdeka Center, a Kuala Lumpur-based polling company.

“Abroad, the government tries to compare itself favorably with tougher regimes in the Middle East. But back home it takes a different approach. Every time there is a challenge or some uncertainty, it takes a harder line,” he added.

The Anwar verdict comes in an important year for Malaysia, which chairs the Association of Southeast Asian Nations (ASEAN), has a non-permanent membership on the United Nations Security Council, and will host the East Asia Summit (EAS). The Anwar verdict will tarnish Malaysia’s reputation globally and present challenges to the US in fostering deeper ties with Malaysia.

The future of democracy in Malaysia is at stake. The US should take a tougher stance against the Najib administration if it wants to help democracy thrive in Malaysia and Southeast Asia. Democracy is already under attack in Malaysia’s neighbor, Thailand, where the military junta has yet to restore civil rights and democratic rule. This is not the identity ASEAN wants to project to the world.

HuiHui Ooi is an Associate Director of the Atlantic Council’s Brent Scowcroft Center on International Security.

Image: Malaysia's opposition leader Anwar Ibrahim speaks at a rally on the eve of the verdict in his final appeal against a conviction for sodomy in Kuala Lumpur on February 9. Malaysia's top court upheld the conviction. (REUTERS/Olivia Harris)