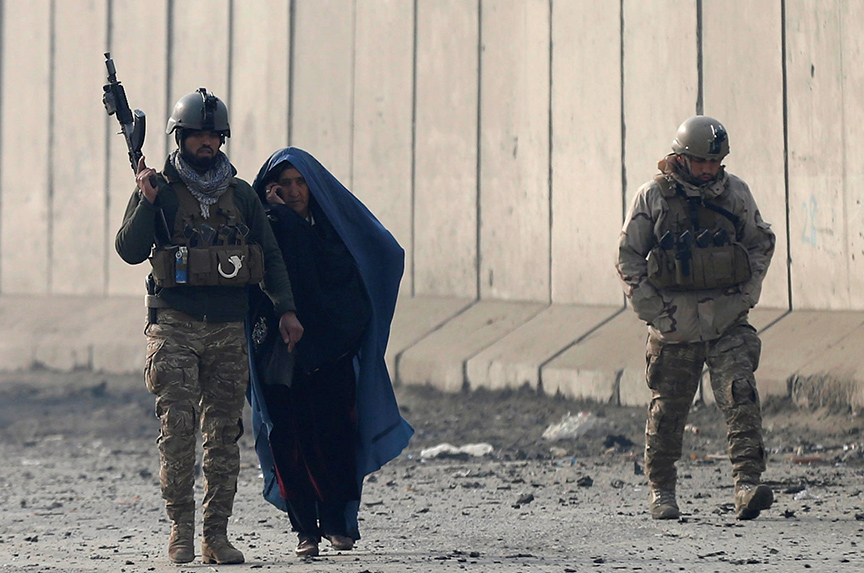 There is renewed hope for a settlement to the seventeen-year-old war in Afghanistan—although significant questions remain.

US Special Representative for Afghanistan Reconciliation Zalmay Khalilzad is reported to be making headway in his talks this week with the Taliban in Doha, Qatar. Although Khalilzad has consulted with most of the relevant Afghan and regional actors since last September, details of the full range of discussions are still sketchy as they may arouse undue suspicions or misunderstandings in Kabul and in other concerned capitals.

While the latest talks were held without key stakeholders, including the Afghan government and other non-Taliban political actors, they have reportedly centered—upon the Taliban’s insistence—on a timetable for the withdrawal of US troops from Afghanistan and on a US demand that the Taliban renounce terrorist groups such as al Qaeda and the local version of Islamic State (IS-KP) and give an assurance not to provide a safe haven for other terrorist groups.

There are also unconfirmed reports that, as part of confidence-building measures, the two sides are close to agreeing on a limited prisoner release and a ceasefire that for now may not include the Afghan government.

In the midst of the talks, the Taliban leadership in Quetta, Pakistan, decided on January 24 to name one of its original co-founders, Mullah Ghani Baradar, who has favored talks in the past, as a leader of the negotiating team in Doha.

Details of US troop numbers still need to be worked out. Given past commitments and agreements signed between the Afghan government and the international community, the scope, timetable, and specifics of a troop withdrawal agreement could impact the shaky security and political situation in Afghanistan.

While Afghanistan is preparing for presidential elections in July, the Taliban and some political actors in Kabul, who are not directly involved in electioneering activities, want to postpone or scrap the elections altogether. They prefer a peace deal that could pave the way for an interim period and a more broad-based intra-Afghan political arrangement that includes the current unity government.

Khalilzad’s mission stalled in December as a result of pressure from an impatient Trump administration and hints about a possible drawdown of US forces, an apprehensive Afghan government, and the Taliban’s hardball negotiating tactics. But the talks have regained momentum in recent days partly because Pakistan has nudged the Taliban back to the negotiating table—but this time in Doha per Taliban demands, as opposed to Saudi Arabia or the United Arab Emirates as was initially planned

Speaking in Islamabad this week, Khalilzad said, “We are heading in the right direction with more steps by Pakistan coming that will lead to concrete results.” Saudi Arabia, the United Arab Emirates, and China have all recently agreed to provide multibillion-dollar aid packages to Pakistan to help alleviate the country’s financial crisis.

The way forward and what’s at stake

While the prospects for a US troop withdrawal improve, an expedited peace deal will face daunting challenges inside Afghanistan and must bring together often divergent views among regional stakeholders. Bringing all the main actors onto the same page will be a colossal undertaking. Ignoring others or going solo could spur others to try to spoil the agreement, especially if core interests are not addressed.

By the same token, a total reengineering of Afghan society and undermining the hard-earned rights of Afghan citizens, including women and minorities, could create deep resentment and popular pushback.

For some, the biggest hurdle is timing. Many believe that a hasty settlement could give the Taliban and their backers undue leverage and endanger political stability. While Afghan President Ashraf Ghani has proposed a five-year peace plan, a more practical alternative could be a twelve-to-eighteen month process to engage all relevant sides, test the feasibility of elections, and prevent a sudden collapse or bad deal that would be unacceptable to most Afghans.

It would be equally important to provide ironclad international guarantees—as proposed by the European Union—and agree on a permanent security arrangement. Such a deal would both prevent instability and chaos by providing clear-cut counterterrorism provisions and continued, albeit reduced, support to Afghan security forces, while also assuring adherence to a political settlement, preserving the integrity of state institutions, and committing resources to economic development and public services.

Amending or changing the Afghan Constitution and the formation of a broad-based and representative body to oversee a transitional period, if and when such matters are raised, will need strong consensus inside Afghanistan to assure buy-in and success at a time when political elites are gearing up for elections.

Washington will need to scale its expectations and give the process more time to mature. But the United States must also maintain its strategic imperative to find a way to leave Afghanistan. To do this responsibly, it must continue to ensure the safety and basic human and civil rights of Afghan citizens, prevent terrorist groups and other actors from acting as spoilers, engage Afghan elites to agree to an orderly transition plan that assures stability, and push the Taliban to agree to confidence-building measures that could eventually help seal a deal that is just, durable, and guaranteed.

Image: Afghan security forces escorted a woman at the site of a car bomb blast in Kabul, Afghanistan, on January 15. (Reuters/Mohammad Ismail)