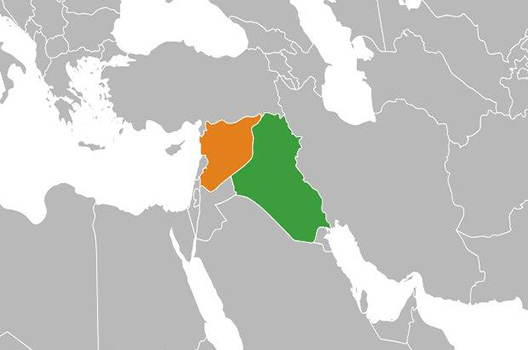 The spread of the Syria crisis to engulf Iraq was predicted and predictable.  Some have called the Syria conflict a “factory for extremism.”

For years, many have been urging more robust US leadership and action in this crisis – not “boots on the ground” but using US military forces in a coalition with our allies and partners to help achieve clear and important US goals (e.g., deterring Syrian leader Assad, changing the balance in the conflict, facilitation of coordination and flow of military aid to vetted rebel groups).

US relative inaction in Syria has been a policy choice, and we are now seeing the consequences in:

In this crisis, time has never been on our side; events have continued to play out in a way that is increasingly dangerous for US interests, which made US inaction increasingly problematic.

Some of the damage of letting this conflict fester and spread is irreversible, but it is not too late to prevent further and much more serious threats to the United States and our partners.  The United States has a lot at stake if the Islamic State in Iraq and Syria (ISIS), which is so radical and abhorrent even Al Qaeda reportedly has disavowed its activities, continues to make gains, threatening the disintegration of Iraq; gaining a large, territorial base from which it can plan, train, and operate to launch terrorist attacks; and further destabilizing US allies in the region.

The growing crisis calls for a three-pronged strategy by the US and its allies and partners:

If it followed such a strategy, the United States could use this “moment for strategic leadership,” as General John Allen was reported to have said today, to stanch the grave and growing damage to US interests stemming from what had been deemed a “Syria crisis” until the events of this week, but which now could be called accurately the “Syria and Iraq” crisis.