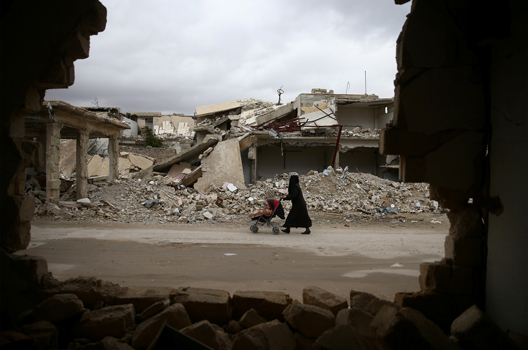 A woman pushed a stroller past damaged buildings in the rebel-held besieged city of Douma, in the eastern Damascus suburb of Ghouta, Syria, on January 8, 2017. (Reuters/Bassam Khabieh) 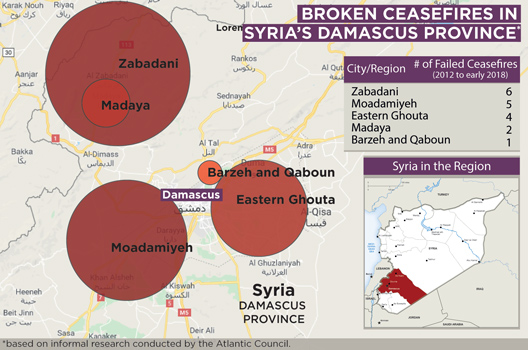