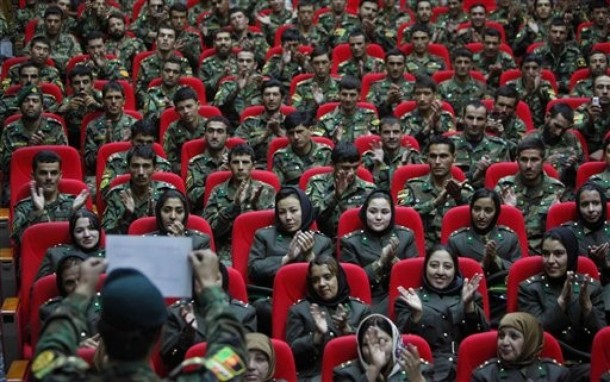 Gilles Dorronsoro, a visiting scholar at the Carnegie Endowment for International Peace, argued in the New York Times on Sept. 15 that the Western coalition will not defeat the insurgency in Afghanistan, and “needs to start facing reality and begin negotiating with the Taliban before it’s too late.” NATO’s commander responds.

Gilles Dorronsoro provides no factual evidence to substantiate his analysis of the security situation in Afghanistan and significantly overstates the Taliban success. After 15 months as the NATO commander for operations globally, with a focus on Afghanistan, I’d say we have a good chance at success in the country.

Success in building up the Afghan security forces is the key. It was the key in Iraq as well. There is significant progress in this area as we have fielded 240,000 Afghan National Security Forces. The recruiting and training continues on a path to reach 300,000 by next summer, while operational competence continues to grow.

Indeed, the Afghan security forces are successfully in charge of security in Kabul, where the Taliban have been unable to conduct a significant attack despite many attempts. Compared to many cities around the world, Kabul is very safe.

Afghan security forces are growing in capability in other areas that support security operations. In the recent flooding in the eastern Afghan border provinces, the Afghan Air Force rescued more than 2,000 citizens. It then sent four MI-17 aircraft to neighboring Pakistan to assist with rescue-and-relief efforts there. The Afghan government did this unilaterally, not as part of the NATO or ISAF (International Security Assistance Force) effort.

The Afghan National Military Academy is a four year degree-producing institution. The first class graduated 84 officers in 2009, and the second class graduated 212 officers in 2010. For next year’s freshman class, there are 3,000 qualified applicants for 600 seats. The Afghan National Army has opened schools in intelligence, engineering, law, military police, logistics, religious and cultural affairs and finance to provide support services critical to transitioning security responsibilities.

Our combined special operations forces are eliminating insurgent leaders at a rapid pace. One of the most dangerous jobs in Afghanistan today is to be a Taliban “shadow governor” of a province. Meanwhile, polls consistently show that the Taliban popularity is below 8 percent and that Afghans have “confidence in their country’s future” at a level of 60 percent or more.

The insurgents are largely militarily incompetent, beyond the use of improvised explosive devices. Their flag has come down over southern Afghanistan, where progress is steady. While violence has increased in southern Afghanistan — because we are taking the fight to the enemy — it is clear that the increase is mostly in Helmand and Kandahar provinces.

The rest of the country is becoming more economically productive. In the south, more fighting indicates less Taliban control — not more. When these areas are stabilized, Afghan security forces will have secured the principal population centers in the former Taliban heartland. Security in Marja in Helmand Province, for example, continues to improve. Insurgent fighters there suffer from low morale, food and weapons shortages, and high casualties. In Marja, citizens have registered to vote, schools are reopening, and the district police station has reopened. Bazaars are booming.

We will not kill our way to success in Afghanistan. The Afghan Peace and Reconciliation Program is an Afghan initiative, owned and led by the Afghan government, but with the full support of the international community and ISAF. A process like this takes time. The presidential decree was only signed in June, and the Afghan government still has much work to do.

I’d rather have the hand we hold in Afghanistan than the one the insurgents have. We are part of a coalition of 49 troop-contributing nations, with 70 countries supporting Afghanistan financially, and a U.N. resolution in place. This is hardly an “empire” seeking to control Afghanistan. We want to stabilize, transition to Afghan security, and turn over. And we will, starting next year.

We need to sustain our resolve. Many analysts, academics and pundits decreed “the war is lost, get out now” at various times during fights against insurgencies in Colombia, the Balkans and Iraq. Yet we succeeded there, and we can succeed in Afghanistan as well.