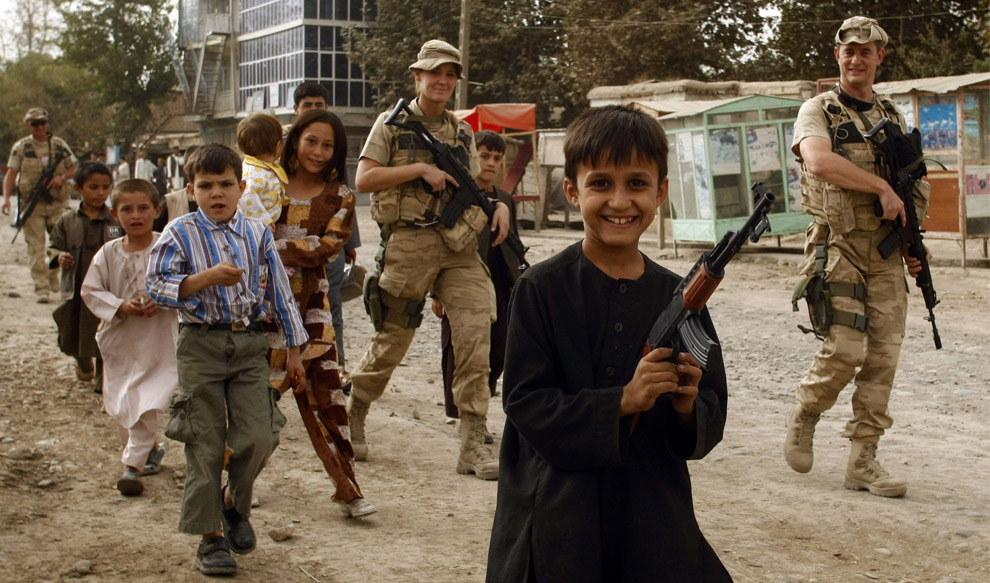 The ongoing global financial crisis has truly turned a war that NATO can’t afford to lose, the ongoing struggle against the forces of extremism in Afghanistan, into a war that it may not be able to afford.

On both sides of the Atlantic, defense ministers are reassessing their modernization goals and operational plans in the wake of what will likely be smaller defense budgets.  They, along with the heads of other government agencies, are now, no doubt, being forced to scale back on a host of items on their wish lists.  Ultimately, they will be forced to choose between continuing ongoing global operations at current or increased levels or curtailing modernization and procurement.

For many, especially in Europe, gaining the support their constituencies, many of whom already did not support wars in Iraq and Afghanistan, will prove difficult.  At this juncture, turning to an already panicked European taxpayer who has just seen his or her bank taken over by the government and saying, “We need to send more troops now and it will cost you a gazillion Euros” will, to say the least, be politically challenging notwithstanding a growing consensus that the war in Afghanistan is one NATO must win.  Similarly, those nations that do not provide troops but instead provide funding or donations in kind will find it difficult to convince their constituencies that funding wars in faraway places is more important than ensuring that domestic pensions are protected.

Then there is the ongoing financial crisis in Pakistan.  The ruppe recently fell to an all time low and Standard & Poor’s “downgraded the country’s sovereign debt to triple C plus – a few notches above default level” — a clear sign that the country’s financial system could well be on its way to collapse unless immediate financial intervention in the form of cash inflows from donor nations is provided.

Needless to say, only a few nations are likely to be able to afford such intervention.  Japan, for example, may be one such country having nearly $1 trillion dollars of foreign reserves.  But, in the wake of its first financial institution failure, a market that dropped nearly 25% in value in one week and is down over 50% in the last year, all bets are off.  Nor can Pakistan be guaranteed that Gulf States will ride to its rescue.  They, contrary to popular belief, are not immune to the global credit crisis.  Oil prices continue to fall as global demand falls and many Gulf States already have debt ratios that exceed 5% of GDP.   If the global financial crisis were at an end, perhaps we could rely on nations with large reserves to help, but there is no end in sight.

Consequently, the task of shoring up Pakistan’s financial system is going to take a great deal of cajoling, arm-twisting and convincing of domestic constituencies.  Should these fail and Pakistan’s financial system slowly degrade into failure, its domestic priorities will trump any and all efforts to partner with NATO and the international community to fight Al Qaeda and Taliban Extremists along the Afghan border.

So, what’s an Alliance to do?

First, consider lowering domestic expectations.  The fight to save Afghanistan is not going to be won this year, next year, or in twenty years.  Don’t believe the hype about a military or diplomatic surge.  We’re not simply rebuilding damaged institutions, as was the case in Iraq; this is a long-term struggle to build institutions from the ground up.  It is nation building and it takes decades, not years, to build a nation.

Second, for the US in particular, come to grips with the reality that while the 82nd Airborne may have better things to do than walk kids to school, for the foreseeable future in Afghanistan, it will be doing just that.  It will not, however, do this alone.  Alongside traditional US Army ground forces will be key elements of the Navy, Marine Corps, Air Force and all flavors of the Guard and Reserve force.  Alongside them will be a small, but growing, contingent of governmental and non-governmental organizations chartered with building roads, schools, hospitals, clinics, a robust judiciary and developing alternatives to the poppy crop.

Third, prepare the Alliance for change.  One of NATO’s many acknowledged problems is its inability to act swiftly and with one voice, as we saw with the Russian invasion of Georgia in August.  Grappling with this problem requires that NATO re-examine its command structure and revisit its strategic concept and mission.  This cannot come soon enough.

As the global financial crisis goes viral, the goal of generating more troops and funding for Afghanistan will become even tougher.  The transatlantic community, now more than ever, needs a financial strategy as well as military strategy if it is to “win” this struggle.

James Easaw is a senior fellow at the Atlantic Council.  The views expressed here are solely his own, not those of any U.S. government agency.