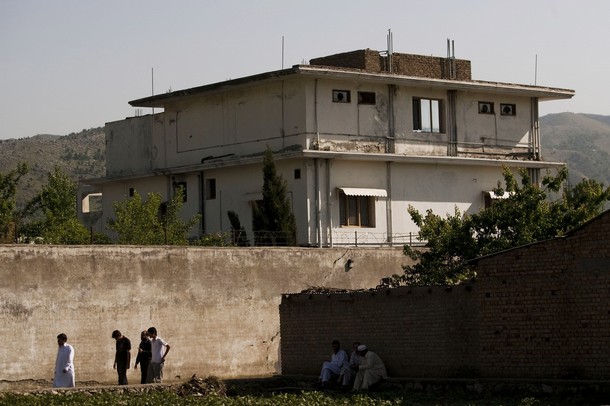 For the second time in the life of the current government a parliamentary session has produced a unanimous “feel good” resolution, after what must have been serious prodding by the military.

Private discussions again leaked badly to the media, making it difficult to ascertain what was really said, given that we cannot judge the motivations of the leakers. If the past is any guide, nothing substantive will result from this exercise as individual political parties go their own ways and there is no cohesive action by parliament or the government to follow up on the main points of the resolution.

Adopted during a joint session of the parliament, the resolution condemned the May 2 American raid on Abbottabad to capture and kill Osama bin Laden. It also called for a review of Pakistan’s working agreement with the United States, demanded an independent investigation into the raid and ordered the immediate end of drone attacks in the country’s border region.

A tall order, perhaps too tall for the current dispensation in Islamabad. If the leaked reports of the session are correct, Lieutenant General Ahmad Shuja Pasha, director general of Inter Services Intelligence (ISI), also stated that “at every difficult moment in our history, the US has let us down. This fear that we can’t live without the US is wrong.” Apparently no one contradicted him. Yet days later, during US Senator John Kerry’s visit to Pakistan, much was being made of closer cooperation with that country.

Was there a change of heart or are there fissures inside the military high command after all? Parliament clearly needs to discuss these issues within itself before it decides on the best course of action. And it might benefit the country to be able to see and hear that debate live on radio and television, so the people of Pakistan can judge whether they are getting their money’s worth from their elected representatives. A well-considered debate and practical suggestions on how to translate the May 13 resolution into reality would go a long way towards assuring Pakistanis that their government and Parliament can make decisions without necessarily being prodded by the military.

Serious questions remain about this so-called in camera session, which leaked like a sieve. First, was this a military briefing or an intelligence briefing? If the former, wouldn’t it have been better to have heard from the military chiefs? Intelligence briefings, if they are truly based on classified information, are best left to smaller committees so that their contents are not splashed on the front pages of newspapers even before a briefing is over. Unless, of course, the aim was to try to put an end to the public’s criticisms of the military with a stage-managed event. Does this mean that the promised investigations will now fade into the background and not be shared with the people of Pakistan? The terms of reference of those investigations are not available to the public, nor is there a timetable for completion of reports about them.

Second, there is great truth to the adage that the best intelligence is policy neutral. With the influence of military rule in Pakistan, however, intelligence has become part and parcel of policymaking. I recall General Ehsanul Haq (the then ISI chief) telling me for my book on the Pakistan army that if he did not offer policy advice General (retd) Pervez Musharraf would not invite him to the table for future policy meetings. While this approach may be useful for military rulers, it hamstrings civilian rulers when intelligence officials provide policy guidance, as General Pasha appears to have done with his powerful riposte to the United States and opposition parliamentarians. This is a special constraint for weak civilian rulers who do not know how to respond to “advice” from military officials and who often do not do their own homework to come up with viable policy options. Politics, like nature, abhors a vacuum, so the military steps in to come up with policy solutions when civilians shy away from them, especially on matters as sensitive as US-Pakistan relations.

Third, what will Parliament do in the wake of the May 2 raid? Both houses have defence committees. Surely they could follow up on the closed-door session with their own investigations and report to Parliament and the people of Pakistan. This is a great opportunity for Parliament and civilians to take charge of policy making rather than cede this ground to the military and then complain about it. Will they take it? That sound you are hearing is the deafening silence emanating from Islamabad.

Finally, does Pakistan have a Plan B to deal with the emerging situation in Afghanistan and the likely freefall of its relationship with the United States? Already, despite the salve that Senator Kerry applied to Pakistan’s wounded pride after the bin Laden raid and that Secretary Hilary Clinton may apply during her visit to Islamabad, differences are erupting with the United States over alleged bogus billing for reimbursements from the Coalition Support Fund. Those military cash flows, totaling some 10 billion dollars since 2001, have become an entitlement for the Pakistan military, largely because there was never a commitment in writing about what was covered and what was not. The United States fed Pakistan’s expectations of cash to support its troops in the field. But no targets were set, nor were benchmarks mutually agreed upon to measure the results of those deployments. Now that Congress is demanding results, the US administration demands receipts that Pakistan cannot provide. The trust deficit widens. General Pasha’s reported attempt to get things down in writing with the United States met with no success.

Parliament and the military need to work on a plan to deal with the United States jointly, not separately. The government needs to own the plan so it can be shared with the people of Pakistan and must not retreat from it when challenged by internal or external forces. The mood in Washington is getting darker day by day. So is the mood in Rawalpindi. Is anyone in authority in Pakistan ready for the results of the clash of these competing interests? Or will Pakistan’s leadership hide behind empty rhetoric yet again? It is critical for Pakistan to have an overarching political strategy and for military strategy to reside in it, rather than the other way around.

Shuja Nawaz is director of the South Asia Center at the Atlantic Council, and is the author of Crossed Swords: Pakistan, its Army, and the Wars Within. This column appeared in the June, 2011 issue of  the Herald. Photo credit: Getty Images.