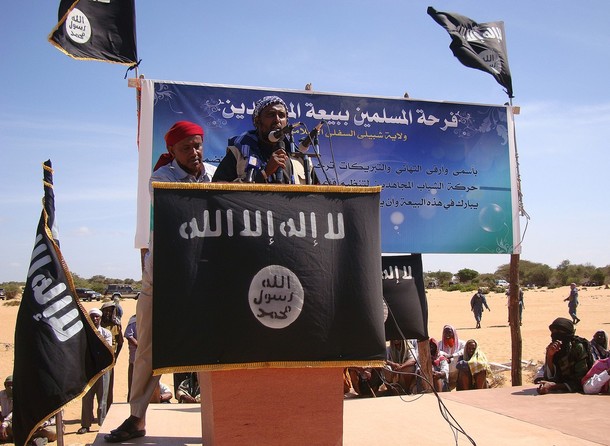 In a videotaped announcement released earlier this month by the Al Qaeda chief, Ayman al-Zawahri, the group officially endorsed the struggling rebel group Shabab, which has been fighting the Western-backed transitional government and African Union peacekeepers in Somalia since 2007.

So might Somalia finally become what the West has always feared: Al Qaeda’s base in East Africa?

Unlikely. Paradoxically, stronger ties between Al Qaeda and the Shabab could weaken the Shabab and help counterterrorism efforts in Somalia by exacerbating internal tensions within the group.

Somalia has yet to live up to its imagined potential as a terrorist safe haven. In the 1990s, Al Qaeda’s efforts to develop operational networks there failed miserably, mostly because of its fractious and disloyal local allies. In the 2000s, it also had to contend with American drone strikes and African Union peacekeepers. A string of troublesome Qaeda operatives were wiped out, including Fazul Abdullah Mohammed, who had been eluding capture for more than a decade, and Bilal al-Berjawi, a senior commander rumored to be British.

The Shabab rode to power in 2007 on a wave of public hostility toward the United States’ counterterrorism efforts and the Ethiopian army’s occupation of Mogadishu. It drove the Ethiopian forces out of the capital in 2009 and has continued to oppose the Western-backed transitional government there. Since November, it has battled relatively well-armed and disciplined troops from Ethiopia, Kenya and the African Union on three different fronts.

The Shabab still has the run of most of southern Somalia and retains access to many ports and airstrips, and though it lost control of Mogadishu last July, it still has some 750 fighters and six training camps in the capital.

But that’s significantly less capability than it once had: From 2008 through mid-2011, it controlled over half of Somalia and strategically important towns on the Ethiopian and Kenyan border. What’s more, the threat of US drone strikes now hampers its movements — not to mention moneymaking activities — even in longstanding strongholds like the southern port of Kismayo.

The recent famine has also devastated the Shabab’s economic reserves, much of which had been drawn from taxes on farms and local businesses. It has destroyed much of the Shabab’s credibility locally as well, because the Somalis blame the Shabab for starting it and then blocking humanitarian relief.

The ranks of willing recruits have thinned, which in turn has made the group resort to forced conscription — another unpopular move. Meanwhile, fewer international jihadists are coming into Somalia, favoring more promising theaters such as Yemen and Nigeria.

And now Qaeda’s endorsement of the Shabab could heighten tensions within the group. The Shabab is splintered between a hardline faction (mainly foreign or foreign-funded jihadists) and a nationalist wing (clan-based militia leaders and clerics who want to turn Somalia into an Islamic caliphate). The nationalists have resisted the hardliners’ attempts to launch attacks outside Somalia. Over the last few years, several of them have had secret conversations with Arab, Western and African intelligence officials about a possible détente with the government. But recently the effort has become more serious. Key nationalist leaders said in December that they were renaming the Shabab the “Somali Islamic Emirate.”

The Shabab’s merger with Al Qaeda will also turn more Shabab fighters, including nationalist ones, into legal targets for US strikes. So far, Washington has been reluctant to order drone attacks on nationalists within the group because many are clan leaders who don’t pose much of a threat to US interests and whose large constituencies could be alienated if they were killed. But now nationalist faction leaders like Fuad Shangole, Ali Mohamud Rage (a k a Ali Dhere), Hassan Dahir Aweys and Muktar Robow Abu Monsur have a strong incentive to disavow the Shabab, and quick.

Because the Shabab’s nationalist leaders command roughly 7,000 of the group’s 8,000-9,000 fighters, convincing them to lay down their arms is the quickest way of reducing the Shabab’s ability to do harm. Washington may not like having to tolerate these leaders, some of whom have longstanding ties to Al Qaeda, but it has few alternatives. Eliminating them carries risks of a popular backlash that far outweigh the benefits.

Sparing nationalist clan leaders would be acceptable to Somalis; for them, the fight between the Shabab and the government is more political than ideological anyway. The moderate Islamist militia called Ahlu Sunna Wal Jama has privately expressed its openness to talk to Shabab nationalists. It already routinely releases the Shabab fighters — three-quarters of whom are teenagers — it captures as long as they admit their ideological errors and promise to no longer fight. The practice reflects a belief held by many Somalis: that blame for the violence resides with the Shabab’s terrorist leaders, not with the illiterate, hopeless youths who follow them.

During the conference on Somalia scheduled for Feb. 23, the US government and its allies should therefore encourage defections from the Shabab by indicating that defectors won’t be left out of state building or development efforts. And they should leave it to the African Union peacekeepers who are on the ground to figure out which Shabab leaders should be killed, by drones or in combat, and which ones should be left alive.

The defection of the Shabab’s nationalists would isolate the foreign radicals within the group, making it harder for them to operate in Somalia. That might incite them to leave the country to implant themselves in Kenya, Uganda or even further afield, perhaps in Nigeria, where newly radicalized youths have already formed networks. By diffusing the terrorist threat over a wider geographic area, this might become a problem for America and its allies in the long term. In the nearer future, though, Al Qaeda’s endorsement of the Shabab may have unexpected benefits for the struggle against terrorism in Somalia.