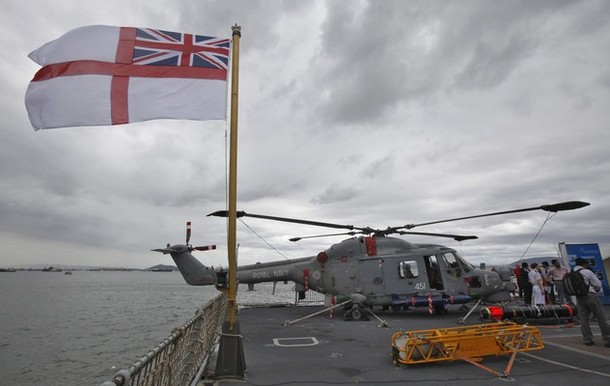 Admiral, the Lord Nelson, one-time senior naval super-person, once said that, “Desperate affairs require desperate measures”. Had he attended the Royal United Services Institute Future Maritime Operations Conference 2012 in London he might have amended that to read, “Desperate affairs require desperate measures…and some new, radical, but above all strategic thinking”.

I came away from two days of debate with senior naval persons from many lands with a profound sense of ‘gap’ between the big, strategic role navies will and must play in the twenty-first century and the small, tactical thinking of those charged with making the case for future navies, particularly the British.

Most telling for me was a breakfast meeting I attended to consider ‘sea-basing’. I had prepared a major report for the head of the Royal Netherlands Navy to develop creative thinking in this area. My intervention to that effect was met with the resounding thump of a good idea hitting the deck and being ignored. It left me with a profound sense of senior military officers being simply unable or unwilling to think radically, unable to make a compelling case for expensive navies, and only really willing to listen to each other. The rest of us were…tolerated.

This big futures twenty-first century will place Western navies right at the heart of strategy; influence, deterrence, dissuasion and defence. However, we talked about almost everything but that – peacekeeping, supporting civil-military relations, counter-piracy, counter-drugs, supporting Afghanistan from the sea etc. They are all important but they are not core business and we really must look beyond Afghanistan. We only just touched on AirSea Battle and the access denial/area denial debate.

At times I thought I was attending a kind of floating politically-correct hell. One academic offered a ridiculous, cartoon vision of modern Britain. However, being of an ethnic minority Whitehall political correctness demanded all and sundry celebrate such nonsense. It explained a lot.

Without a clear strategic ‘narrative’, and a means to sell it, strategically-inept politicians faced with ever more strident demands from the pressure groups and single-issue lobbyists who now infect democracy will cut navies to the point of strategic irrelevance. In that event the world-wide strategic brand that is still the United States Navy, and to some extent the Royal Navy will be finally laid to rest and with them a key tool of strategic influence will be lost. As I was speaking the British Defence Minister, Phillip Hammond was on his feet in the House of Commons announcing the Army 2020 plan by which the British Army will be cut from 102,000 to 82,000 over five years.

The conference at least offered a glimpse of the future. This was the Anglosphere at sea. In addition to the UK, senior naval speakers came from Australia, Canada, Ghana, New Zealand and the US. There were no French, German, or Dutch speakers, although an impressive Italian Rear Admiral spoke. Having been in Rome the previous week it is clear the Italians do not wish a) to be left alone in the European Onion without the British; or b) let go of the coat-tails of the Anglosphere.

Tellingly, I was upbraided for my suggestion that all was not well either between the three British services nor inside NATO. That response demonstrated to me the kind of ‘steady as you go’ thinking that bears no relation to the mess in which we all find ourselves.

What is needed is a new concept of naval power which combines global reach with a shared warfighting ethos that in turn reflects a new balance between manpower and technology. This concept requires in turn all the serious navies represented at that conference to learn far more effectively from each other and that means first and foremost learning how to learn. That was not at all apparent and yet, ironically, that can be found in Army 2020.

Gentlemen, the bottom-line is this; the economic depression in which we are mired will likely get worse before it gets better. Countries such as Britain will not be afforded the chance simply to get off the world for a bit to fix it. Therefore, if the future navy that will be needed is to be afforded in sufficient numbers over a sufficiently reasonable timeframe at a cost that I can bear then you will need to build a much more coherent case with the Army and Air Force to forge the kind of organic jointness implicit in the Army 2020 plan, and across government.

Given that reality my sense is that the leadership of Western navies (especially European navies) are being nothing like radical enough neither in their thinking about ways, ends or means nor in the building of all-important partnerships – both civil and military.

If we can get politicians thinking about navies they might just begin to think strategically. It is time to think radically about OUR navies otherwise they really will be all at sea.