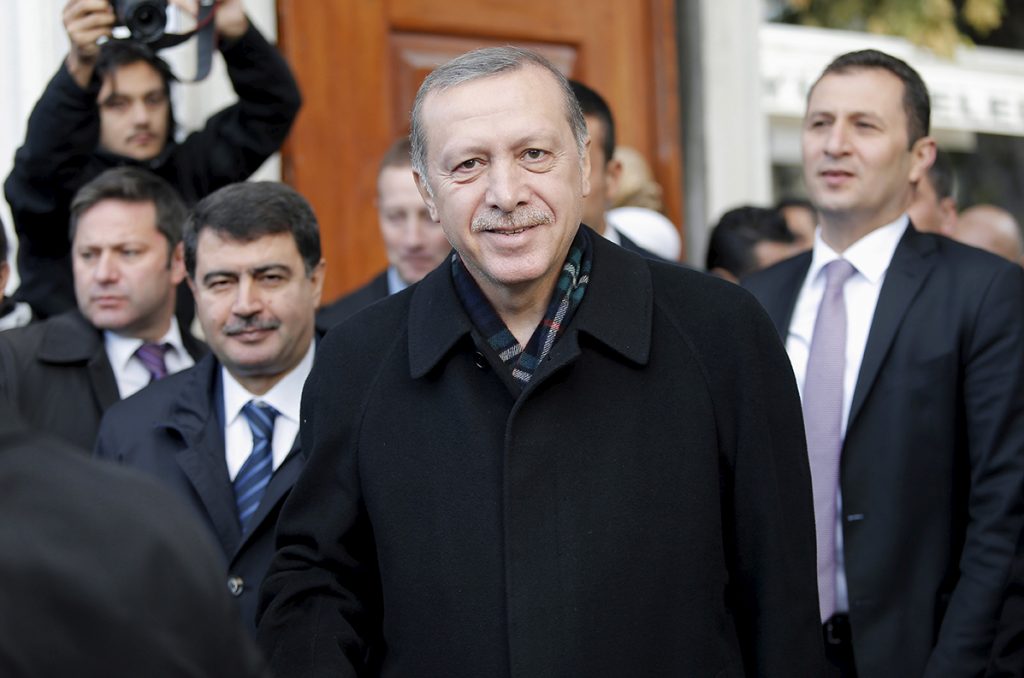 The victory of Turkey’s ruling Justice and Development Party (AKP) in the Nov. 1 election has created an opportunity to restart peace talks with the Kurdistan Workers’ Party (PKK) terrorists, said the Atlantic Council’s Aaron Stein.

The AKP won enough seats in parliament to govern on its own. This result marked a significant comeback for a party that just five months ago had failed to win a decisive majority for the first time since 2002.

A fragile peace process between the Turkish government and the PKK collapsed over the summer.

Stein, a Nonresident Senior Fellow in the Atlantic Council’s Rafik Hariri Center for the Middle East, suggested that the new AKP government could reach out to the PKK’s jailed leader Abdullah Öcalan in an attempt to restart peace negotiations. “Both the PKK, its supporters, and the AKP and its base would benefit from a return to the negotiating table,” he said.

Aaron Stein discussed developments in Turkey in an e-mail interview with the New Atlanticist’s Ashish Kumar Sen. Here are excerpts from the interview.

Q: What does AKP’s victory mean for Turkey’s relationships with the United States and the European Union that have been dominated of late by the migrant crisis and the war on the Islamic State of Iraq and al-Sham (ISIS)?

Stein: Turkey and the United States remain at odds over how to force [Syrian President] Bashar al-Assad to step down, despite both having accepted the idea of a phased transition. I don’t see this discrepancy going away anytime soon.

As for the EU and the refugee crisis, the AKP will certainly have a stronger hand to cut a deal with Europe, but [Erdoğan] will insist on Europe fulfilling its pledge to lessen visa requirements for Turkish citizens in the near future.

Q: Will the AKP’s victory complicate US support for Kurdish YPG fighters in Syria—which the Turkish military has targeted for attacks—and thereby the war against ISIS?

Stein: It’s too early to tell. The AKP has tolerated US support for the [Kurdish People’s Protection Units] YPG so long as the group remains focused on Raqqa. [Editor’s note: Raqqa is ISIS’ de facto capital in Syria]. Turkey has made it very clear that they will not support a YPG offensive west of the Euphrates, or any effort to link Kurdish territory with Efrin in the west.

In the days before the election, Turkey actually fired on YPG units who were operating west of the Euphrates near ISIS-held Jarablus. I don’t think that Turkey will make any major changes to its current Syria policy, but could continue to fire on the YPG if it crosses its red line.

Q: How did the AKP manage to pull off this election victory five months after failing to win a ruling majority?

Stein: The AKP changed its strategy and focused its efforts on winning back voters it lost to the HDP [the pro-Kurdish Peoples’ Democratic Party] and the MHP [the Nationalist Movement Party] last June. This strategy appears to have paid off, particularly in Kurdish majority districts where the AKP managed to take back some of the votes it had lost to the HDP.

I have to say, this result is incongruous with the polls and my own analysis, both of which indicated that the AKP would increase its vote share, but fall short of the 276 number needed to govern independently.

Stein: To ease tensions, the AKP must consider reaching back out to the PKK’s imprisoned leader, Abdullah Öcalan, to restart peace negotiations. The resumption of hostilities has deepened political tensions, resulting in hundreds of deaths on each side. Both the PKK, its supporters, and the AKP and its base would benefit from a return to the negotiating table.

Q: Who were the biggest losers in this election and what do the results specifically mean for the pro-Kurdish People’s Democratic Party (HDP)?

Stein: Devlet Bacheli, the leader of the MHP, was this election’s biggest loser. The man played hardball with the AKP during coalition negotiations, faced a minor mutiny in his party because of it, and failed to expand his vote total. The party is on place to lose 2 million votes, according to the early returns. The HDP also had a very tough night. The party failed to maintain its support from pious Kurds and lost some 1.3 million votes compared to last June.

Image: Turkish President Recep Tayyip Erdoğan smiles as he leaves Eyup Sultan mosque in Istanbul, Turkey, on Nov. 2. Erdoğan said the nation had voted for stability in a parliamentary election that saw the AK Party he founded win almost 50 percent of the vote, and said the world should respect the result. (Reuters/Huseyin Aldemir)