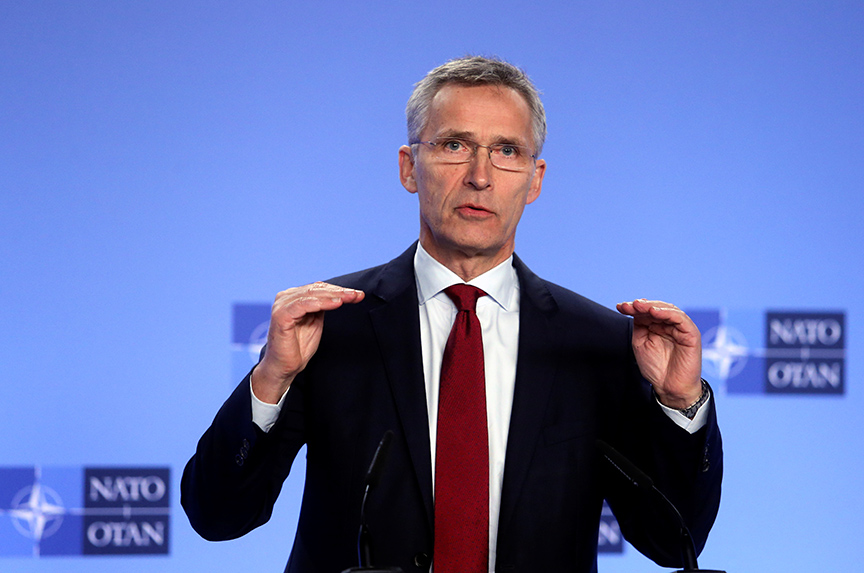 Russia’s attack on Ukrainian ships in the Kerch Strait and the blockade of the Sea of Azov threaten a dangerous escalation of the war in Ukraine. As before, Russia’s goal in Ukraine is not so much to hold or conquer territory but to demonstrate that it has the capacity to put further pressure on the Ukrainian government with impunity, thereby questioning both the ability of the Ukrainian government to give an adequate response to Russian actions and the unity of Ukraine’s supporters in the West.

In Eastern Ukraine, Russia’s potential moves are limited by the growing unpopularity of the Ukraine war in Russia as well as the minimal amount of potential gains available. The attack in the Kerch Strait on November 25, however, offers three potential gains at a minimal cost. First, the shock factor of Russian coast guard vessels—rather than “little green men” or clandestine troops—opening fire on Ukrainian ships, which signals resolve and growing confidence on Russia’s part; second, an effective blockade of two of Ukraine’s most important seaports, Mariupol and Berdyansk, with a potential damage of tens of millions of dollars to the Ukrainian economy as well as the unchallenged erosion of international legal standards; third, political turmoil before the Ukrainian presidential election in March 2019, which may undermine Ukrainians’ trust not just in certain leaders but, most importantly, in the robustness of their democracy five years after the Euromaidan revolution.

The first reactions from the European Union (EU) and its member states were cautious and called to attention the importance of the bilateral agreement between Russia and Ukraine on the Sea of Azov, which the two countries signed in 2003. The agreement designates the Sea of Azov as shared territorial waters between the two countries. Russia’s creeping blockade of the sea is, of course, in breach of this agreement, even if one accepts the Russian explanation that it blocked access to the sea due to the security of the (illegally built) Kerch bridge. This, however, does not mean that as a response Ukraine should stop observing the agreement as well by, for instance, inviting NATO forces to sail into the Sea of Azov. This would be counterproductive and encourage Russian President Vladimir Putin to challenge other such agreements and then engage in whataboutism.

Instead, the EU and NATO should continue calling attention to the agreement and making it more painful for Russia to withdraw from it or manifestly stop observing it by lining up sanctions that would automatically enter into force once non-compliance reaches a certain level. In other words, they should draw a pre-defined and credible red line.

This, however, is not enough. The EU should make clear to Russia, both through diplomatic channels and publicly, that every attempt to put economic pressure on Ukraine by unlawful means will trigger further assistance to the country from the EU, e.g. further financial assistance to accelerate the implementation of the Deep and Comprehensive Free Trade Agreement, updated trade preferences, encouraging investments to make up for potential losses from Russia’s posturing, or halting projects such as Nord Stream 2, which is detrimental to Ukraine, but which is filed under the “business,” not the “politics” label in Germany today. Some responses (e.g., sanctions) can be taken on the level of the European Council, some (related to the DCFTA) on the level of the European Commission, and some on the level of individual member states. It is essential, however, for such responses to be quick in order to be clear.

The visit of Ukrainian Prime Minister Volodimir Groysman to Berlin this week is an excellent occasion to announce a response as well as to stress that martial law in Ukraine should be limited in time and scope. In case Russia pushes further, member states should consider calling an extraordinary EU summit: while there have been disagreements over the bloc’s sanctions on Russia among member states in recent years, these are unlikely to prevent a show of unity in the face of armed aggression.

Ultimately, EU leaders should keep in mind that in Ukraine, just as in other countries of the EU’s neighborhood, the EU has a normative, not a geopolitical battle to win. If Russia wants to tear up international legal standards, it should do this alone and be reminded that it will face automatic consequences. If Russia’s purpose is to undermine the fledgling institutional reforms adopted since 2014 and thus Ukrainians’ trust in their country’s transformation, the European Council should up the ante and grant Ukraine an EU membership perspective. This would not mean accepting Ukraine into the EU in the near future; on the other hand, it would give the EU a better tool than any other to make Ukrainian institutions more robust, to encourage trade and investments, and, consequently, to make the country safer.

András Tóth-Czifra is a fellow at the European Stability Initiative and a Russia watcher. Follow him on Twitter @NoYardstick.