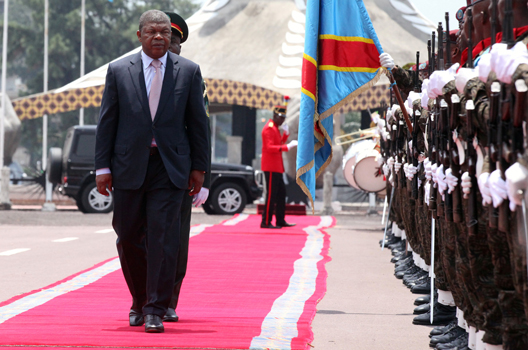 Angola has long had a reputation of being a closed and secretive frontier market.  Despite Africa’s emergence as an attractive investment destination over the past fifteen years, opportunities in Angola remained hidden by the isolationist tendencies of its former regime. However, the new president, João Lourenço, is in the process of reintroducing his country to the global market.

Since taking office six months ago, he has made great strides in weeding out deep-rooted corruption from Angolan institutions and addressing the dire shortage of foreign currency in sub-Saharan Africa’s third largest economy. However, to make meaningful progress on economic diversification and encourage the acceleration of growth, Angola must actively and concomitantly court foreign investment and position itself as newly open to the world. Looking to China’s foreign investment strategy throughout the early 2000s, Lourenço should double down on internationalism by launching a concerted and sustained “come in” strategy, a plan to attract foreign investment to Angola.

A twenty-five-year civil war combined with rapid oil wealth shaped Angola into a country isolated from broad-based trade and investment. Over 75 percent of government revenues and almost 50 percent of the country’s gross domestic product (GDP) derives from Angola’s oil industry—the second largest on the continent. Exacerbating the skewed nature of Angola’s resource-intensive economy, stringent visa requirements and strict foreign investment laws disincentivize investors considering opportunities in the country. It does not get any easier to do business or invest once inside the country. Luanda, the capital, is the most expensive city for expatriates in the world, and Angola ranks 175th on the World Bank’s ease of doing business index.

Economic diversification would help alleviate the economic pressure. For too long Angola has been dependent on just a few international trade partners. Historical and linguistic ties have centralized the commercial relationship between Angola and Portugal and,  despite political tensions over corruption, the two countries maintain high levels of investment in each other’s economies.

Active since the 1980s in Angola, the Chinese have come to dominate the market landscape in Angola over the past fifteen years. Throughout 2017 and the first quarter of 2018, Angola oscillated between positions as the first and second largest crude supplier to China and the Export-Import Bank of China has extended nearly $20 billion in loans to the government of Angola and the state oil company, Sonangol, for infrastructure and other projects. These projects have brought tens of thousands of Chinese workers and business people to Angola—currently over 50,000 live and work in the country, down from a high of nearly 200,000.

Given the influence China has had on its economy, Angola should take a page out of Beijing’s playbook and make a concerted effort to open the country to global financial opportunities. In 2000, the Chinese government launched a “Go Out Policy,” designed to encourage the globalization of Chinese companies and outbound investments. From 2004 to 2016, Chinese outbound investments increased from $5.5 billion to over $170 billion, making the country a net exporter of capital. Through the extension of the “Go Out” into Beijing’s new international economic infrastructure, the Belt and Road Initiative, China has dramatically grown its foreign inbound and outbound investments, as well as its international partners. Government incentives, enhanced commercial services at new embassies abroad, and policy consistency combined to support Chinese companies as they successfully went out into the world.

Lourenço should pursue a similar policy in reverse and invite the world into Angola. He has begun the process by making much-needed economic reforms and addressing some of the long-standing concerns about corruption within the government and parastatals. He started with the most visible, removing the children of former president Dos Santos from their positions of influence. In November, he sacked Isabel Dos Santos, the daughter of the former president, from her post at Sonangol, the agency that oversees petroleum and natural gas production in Angola. Most recently, José Filomeno dos Santos, the former head of the sovereign wealth fund, was charged with embezzlement and fraud surrounding the transfer of $500 million from the central bank to the United Kingdom.

Lourenço also fired several other high-profile government officials, including the head of the intelligence service, the national police, and the central bank, nine ambassadors, and the boards of all three government-owned media outlets.  In addition to anti-corruption measures, Lourenço devalued the currency, called for a repatriation of funds held abroad illegally by Angolans, and announced the opening of the telecommunication industry to foreign investors.

However, the lasting impact of the reforms underway and the new government’s ability to deliver prosperity to the Angolan people will depend on attracting investment into infrastructure, an inclusive financial system, broad-based education and healthcare, and non-oil innovation. Simply dusting off a welcome mat and cleaning the house will not be enough.

Emerging from the high inflation and food rationing of the 2014 recession, Angolans know firsthand the consequences of an oil-dependent economy. Over 63 percent of the thirty million Angolans are under the age of twenty-four. Therefore, job creation is an existential mandate for this and future administrations. The only way to create jobs fast enough is to welcome the world into the country through coordinated government policy across industries and smart incentives.

Lourenço said in his inauguration speech last September, “Angola’s insertion in the world presupposes deepening bilateral and multilateral relations with all countries.” That deepening must be an active and aggressive part of the country’s new five-year development blueprint as the “go out” policy has been in China since 2000. After decades of one-man rule, Lourenço has an opportunity to dramatically shift Angola’s trajectory in a globally competitive environment. Welcome to Angola.