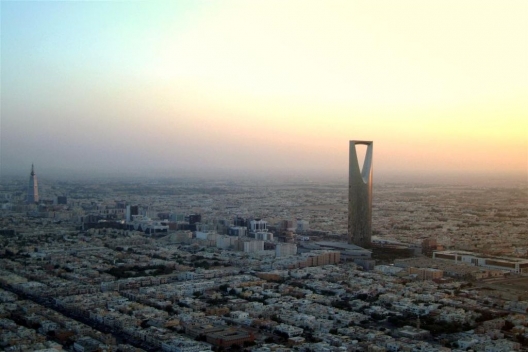 You’d think that Saudi Arabia‘s ruling monarchy would have a lot to be happy about — and you’d be right, in part. The Saudi Kingdom has, barring some exceptions, been remarkably stable. It was left unscathed by the revolutionary wave that demolished longstanding authoritarian regimes from Tunisia to Egypt. The Saudi political system — being consensus-based and partly informal — functions by co-opting major centers of political power, being solicitous of the views of Islamic clerics and scholars (important constituencies given Wahhabi Islam’s centrality to the monarchy’s legitimacy) and providing citizens with lavish cradle-to-grave benefits funded by the Kingdom’s mammoth oil export revenues.

This arrangement doesn’t rest on liberal democratic precepts, but it has worked; and that’s partly because a population that’s well provided for but knows that there’s a high price to be paid for rebellion is either satisfied with, or resigned to, the status quo.

And Saudis are well taken care of: their per capita income approaches $32,000. That’s less than that of the other Persian Gulf oil and gas sheikdoms, but exceeds the income per person of Spain and Italy. (You might object that the comparison isn’t fair because these two European countries are mired in economic trouble — they are — but Saudi Arabia’s per capita income is not far off from the EU’s average of $35,100.) Yes, the unemployment rate is high (12 percent overall, 30 percent for young people), but the regime has abundant cash to fund benefits for those without jobs.

So what’s the Saudi leadership so apprehensive about? Lots of things, as it happens, even though none presages revolution, or even upheaval.

Let’s start with the Kingdom’s trump card: oil. The numbers relating to Saudi Arabia’s oil production and wealth are certainly impressive. It has about a fifth of the world’s proven reserves (268 billion barrels out of 1.4 trillion). The US Energy Information Administration notes that the Ghawar field, the world’s largest, holds more oil (70 billion barrels) than the total reserves of all except the countries with the next seven largest reserves. But here’s the thing: Not only are new, massive oil deposits being discovered (for example, Brazil‘s offshore fields, estimated to contains up to 8 billion barrels), but the shale revolution promises to put a lot more oil on the market. Saudi Arabia could face a future of diminished oil revenue. Given that oil accounts for 45 percent of its GDP, 80 percent of budget revenue and 90 percent of exports, that’s a problem.

Yet this is not a challenge that, in principle, can’t be overcome provided that the bountiful wealth yielded by oil is used imaginatively and effectively by Riyadh to lay the foundation for — if not a post-oil economy — an economy in which oil isn’t everything. The Kingdom has had decades to do this, but the results have been unimpressive, notwithstanding much-touted plans and investments intended to develop the non-oil sector and equip younger Saudis with the skills needed to start and run globally competitive companies. In the Kingdom’s economy, oil remains king. Saudi Arabia exhibits the same pathology as other top oil producers, such as Russia, Venezuela and Nigeria.

Countries that started with a lot less wealth have done far better — take Singapore. It didn’t have the oil riches of Saudi Arabia, but it demonstrated, under legendary former Prime Minister Lee Kuan Yew, that smart leaders, determination and foresight can create a lot from very little. A relatively poor country a generation ago, tiny Singapore is now an economic powerhouse with first-rate schools and universities and a highly educated population with abundant technical and managerial knowhow — and a per capita income of over $60,000. Saudi Arabia, like Singapore, has been stable; what it has lacked is a counterpart to Lee Kuan Yew, a leader capable of delivering stability and generating dynamism. (Singapore is not a lone example; consider South Korea, which in 1950 had a per capita income comparable to its now-impoverished northern nemesis.)

And though the Kingdom is indeed relatively stable, not all is entirely well on that front either. Recent clashes between Ethiopian guest workers and Saudi police have led to fatalities, mass arrests and the expulsion of some 20,000 foreign workers; measures that have only exacerbated the turmoil and extended it beyond the Ethiopian community. The Ethiopians are among the nine million migrants who stream annually into Saudi Arabia, fleeing poverty at home and seeking employment abroad. Many do menial jobs most Saudis won’t deign to do, and their remittances amount to lifelines for their families back home. Typically looked down upon, there has been a steady stream of news about the mistreatment and discrimination suffered by these migrant workers. The simmering unrest involving Ethiopians therefore points to a larger, more systemic problem that the Kingdom has thus far failed to address.

But the Saudis face a much bigger challenge, and it’s one that can’t be solved by deportation. Several Persian Gulf Sunni sheikdoms, Saudi Arabia included, have restive Shiite minorities that feel disenfranchised and discriminated against. Bahrain’s monarchy — which presides over a Shia majority of 70 percent — might have suffered the fate of regimes like Libya and Egypt had it not been for the March 2011 Saudi military intervention that quelled massive Shia protests.

Saudi Arabia’s unhappy Shia minority constitutes 12-15 percent of the population and is concentrated in the Eastern Province (home to the Kingdom’s main oil fields), where it accounts for about a third of the inhabitants. After the Saudi intervention in Bahrain, thousands of Saudi Shiites protested, many were arrested and at least 20 were shot. In addition to clashes between Sunnis and Shias this year, clashes and protests also erupted in 2009, 2012 and 2013.

The Saudi regime’s anxiety over Shia unrest has an external aspect as well: due to its obsessive fear of Iran — against which it is waging a complex battle to shape the Middle East — Riyadh regards its Shia minority as something of a fifth column. While this assessment is a gross oversimplification, and may even amount to a self-fulfilling prophecy, the more the rivalry with Iran heats up, the more the Saudi rulers cling to it and act accordingly, alienating the Shia and aggravating the problem. As the Saudi regime sees it, Iran’s support for Bashar al-Assad’s Alawite regime and Tehran’s alliance with Nouri al-Maliki’s Shia-dominated state in Iraq is not just about influence in the Arab world; it’s also a high-stakes struggle involving stability at home and in the Kingdom’s immediate neighborhood.

On top of all this, the Saudi rulers are losing confidence in the United States, their strategic guardian in the region. As they see it, the Obama administration has: 1) all but abandoned the anti-Assad opposition, unlike Saudi Arabia, which is funneling arms and money to Assad’s foes; 2) failed to back Egyptian strongman Hosni Mubarak in his hour of need; 3) been at best ambivalent toward the military-dominated, but nominally civilian, regime that took power following the coup against the Muslim Brotherhood government of President Mohammed Morsi, which the Saudis have backed with $5 billion in aid; and 4) failed to understand that the Brotherhood is a subversive organization.

These too are oversimplifications — the notion that the United States could have stopped the revolutionary waves of the Arab Spring had it wanted to is silly — but that’s beside the point: it’s the Saudi government’s view and helps explains its anxiety. Some top Saudi leaders — including current intelligence chief and former ambassador to the US, Prince Bandar bin Sultan — have even advocated reducing the Kingdom’s dependence on the US and seeking alternative alignments. Here’s the problem: the United States is irreplaceable when it comes to providing the kind of protection the House of Saud seeks and has long depended on, which also means that Washington’s capacity to create anxiety in Saudi ruling circles is unrivalled.