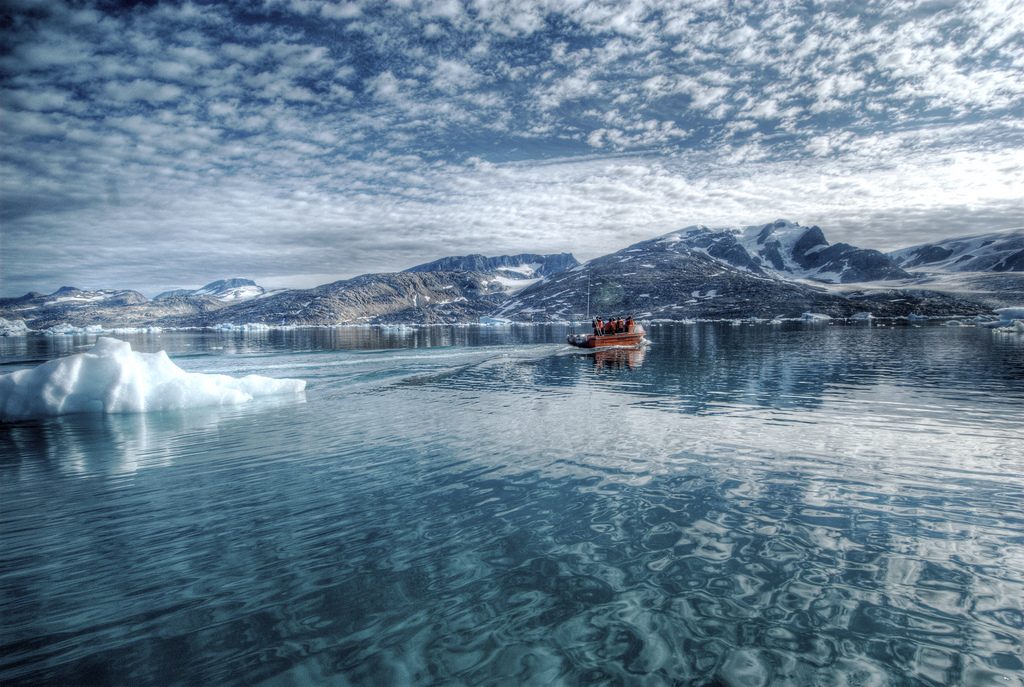 NATO leaders said yesterday that an Arctic thaw will create new security concerns for the Alliance — and they don’t mean “security” in a postmodern sense in which any concern is labeled one of security to help argue for increased funding.

An Arctic thaw will open up sea routes and competition for lucrative energy reserves in a multinational scramble sure to pose new security threats, NATO’s chief said Thursday. NATO commanders and lawmakers meeting in Iceland’s capital said a military presence in the region will eventually be needed as standoffs between powerful nations unfold.  “I would be the last one to expect military conflict — but there will be a military presence,” NATO Secretary-General Jaap de Hoop Scheffer told delegates. “It should be a military presence that is not overdone, and there is a need for political cooperation and economic cooperation.”  The NATO chief said negotiations involving Russia, NATO and other nations are the key to preventing a future conflict. De Hoop Scheffer is expected to meet Russian Deputy Prime Minister Sergei Ivanov next week to discuss such issues.

The opening up of Arctic sea routes once only navigable by icebreakers threatens to complicate delicate relations between countries with competing claims to Arctic territory — particularly as once inaccessible areas become ripe for exploration for oil and natural gas.  The United States, Russia and Canada are among the countries attempting to claim jurisdiction over Arctic territory alongside Nordic nations. Analysts say China is also likely to join a rush to capture oil and gas trapped under the region’s ice.  “Several Arctic rim countries are strengthening their capabilities, and military activity in the High North region has been steadily increasing,” de Hoop Scheffer said.

Strategists expect territorial disputes to become increasingly aggressive as the world’s energy demands increase.  “Climate change is not a fanciful idea, it is already a reality, a reality that brings with it certain new challenges, including for NATO,” said de Hoop Scheffer, acknowledging that an upsurge of energy exploration would likely require a larger NATO presence in the Arctic.

Some scientists predict that Arctic waters could be ice-free in summers by 2013, decades earlier than previously thought. De Hoop Scheffer said trans-Arctic routes are likely to become an alternative to passage through the Suez or Panama canals for commercial shipping.  “The end of the Cold War resulted in a marked reduction in military activity in the High North — Iceland would like it to stay that way,” Iceland’s outgoing Prime Minister Geir Haarde told the conference.  Haarde tendered his resignation Monday amid the country’s economic crisis and said the one-day conference was among his final duties before he steps down on Saturday.

Lee Willett, head of the maritime studies program at the Royal United Services Institute, a London-based military think tank, said that as routes open up, warships from nations seeking to defend claims to possible energy resources are will follow.   “Having lots of warships, from lots of nations who have lots of competing claims on territory — that may lend itself to a rather tense situation,” Willett said. “We may see that flash points come to pass there more readily than elsewhere in the world.”

Russia and Canada have already traded verbal shots over each other’s intentions in the Arctic.  Canadian Prime Minister Stephen Harper said he’ll firm up control of the disputed Northwest Passage, while Russian President Dmitry Medvedev seeks to lay claim to Arctic territory equivalent to the size of France.

This is not an issue that has gotten much attention, especially in national security circles, where most of us focus on more traditional military concerns.  It’s something we’ll be keeping a close eye on at the Atlantic Council.