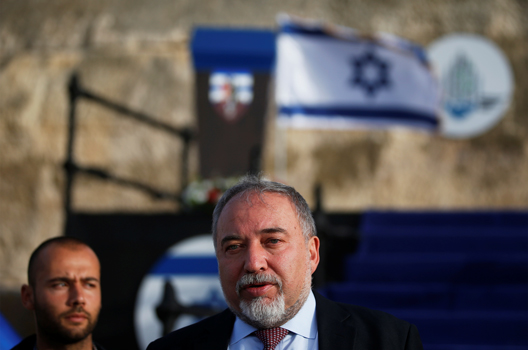 Early in the morning on April 9, missiles streaked through the Syrian sky toward the Tiyas (T-4) air base in Homs province, northeast of Damascus. Besides Syrian forces, the base hosts Russians and Iranians, members of Iran’s Islamic Revolutionary Guards Corps’ (IRGC) Quds Force. Several Iranians were killed in the strikes.

Syria, Russia, and Iran blamed Israel for the attack on T-4.

Israel neither confirmed nor denied that it carried out the strikes.

Two months prior, on February 10, Israel shot down an Iranian drone reportedly operating out of T-4 after it penetrated northern Israeli airspace. That same day, Israeli forces struck Syrian and Iranian targets inside Syria after an Israeli F-16 fighter jet was downed over northern Israel by Syrian anti-aircraft fire.

More recently, on April 30, a missile strike on a military base near the Syrian city of Hama killed several Iranians. The explosion was large enough to register as a magnitude 2.6 earthquake on seismographs. Israel is suspected in this attack as well.

There has been a steady ratcheting up of such incidents over the past few months leading some US officials to speculate that Israel is preparing for war with Iran. Unlike in the past, these incidents have put Israel in direct confrontation with Iran (many of those killed in suspected Israeli strikes are believed to belong to the IRGC, for example) besides Iranian proxies like Hezbollah.

Israel has carried out several strikes in Syria some of which have been aimed at degrading what it sees as a military buildup by Iran of its regional proxy Hezbollah along the Syrian-Israeli border.

According to New York Times columnist Thomas L. Friedman, Israeli Defense Minister Avigdor Lieberman recently told Israeli soldiers: “We are facing a new reality—the Lebanese army, in cooperation with Hezbollah, the Syrian army, the Shi’ite militias in Syria and above them Iran—are all becoming a single front against the state of Israel.”

Rachel Brandenburg, director of the Atlantic Council’s Middle East Security Initiative, discussed the escalating tensions between Israel and Iran in an interview with the New Atlanticist’s Ashish Kumar Sen. Here are excerpts from our interview.

Q: Why are Iran and Israel on an apparent collision course?

Brandenburg: I actually think Iran and Israel would prefer to avoid a collision. For some time now, Israeli officials have talked publicly about the eventuality of a “northern war” —a confrontation with Iranian-backed forces that would occur not only in Lebanon or in Syria, but in both arenas.

Israeli Defense Minister Avigdor Lieberman has said repeatedly that Israel will not allow Iran to become entrenched in Syria. We’ve seen Israel act on this position too in their strikes against targets in Syria, including recently, against explicitly Iranian targets. And Iran has publicly warned Israel of forthcoming retaliation. However, both sides have also said they prefer to avoid war.

Both Israel and Iran recognize how costly a war would be for each of them, and in the case of Iran, also for their proxies in Syria and Lebanon. I expect both sides prefer to avoid getting there, which in some respects serves as mutual deterrence. That’s not to say, however, that the type of confrontation we’ve seen in recent months won’t continue—and continue to be risky. Israel will continue to go after Iranian military assets and installations in Syria.  Iran may find asymmetric ways to retaliate against Israel, whether via Gaza or another arena entirely.  Tensions continue to build amidst an environment full of uncertainty. The potential for missteps on either side remains incredibly high.

Q: Unlike on previous occasions, when Israel battled the Iranian proxy Hezbollah, this time we are seeing a more direct confrontation between Israel and Iran. Why is that and does that raise the risk of an Israel-Iran war?

Brandenburg: Prime Minister Netanyahu and Defense Minister Lieberman have both repeatedly said publicly that Israel has long had a policy of preventing game-changing weaponry from reaching Hezbollah in Syria, and that they will not stand for an Iranian military presence in Syria. They have allegedly gone after weapons transfers to Hezbollah in the past.

More recently, as Israel claims to see growing Iranian military infrastructure in Syria, and weaponry going not only into Hezbollah but also Iranian hands, those too have become targets. Both sides seem to be experimenting with how far each can go, but both are also being relatively careful.

Israel has been pretty surgical in its strikes. We have yet to see Iran meaningfully retaliate. Perhaps Iran is still determining where and how to do so most effectively. Or, perhaps they’re being strategically patient and waiting to see what President Trump decides to do with the JCPOA on May 12 before determining Iran’s own next steps.

Q: Does Russia, which has good ties to both Iran and Israel and a presence in Syria, have the ability to de-escalate the situation?

Brandenburg: Russia is playing an interesting balancing act in Syria right now. They are the only state actor that has diplomatic relations with all other state actors currently operating in Syria. Ostensibly, when in February an Iranian drone was shot down over Israeli air space and an Israeli F-16 fell from the sky as Israel retaliated, [Russian President Vladimir] Putin was among few if any other leaders who could engage Israeli, Syrian, Iranian, and US leadership. That is significant. Yet, only on occasion has Russia even commented following an Israeli strike in Syria, let alone taken any military action to prevent an Israeli strike.

Russia may have the right channels of communication to be able to de-escalate a confrontation between Israel and Iran and Syria. To do so effectively, however, also requires leverage. I’m more skeptical Russia has sufficient leverage to successfully play such a role.

Q: Israeli Prime Minister Benjamin Netanyahu recently claimed to have evidence that Iran has lied about its nuclear weapons program. First, was there anything new to the claims, and second, did Netanyahu present any proof that Iran has actually violated the nuclear deal?

Brandenburg: It will be up to intelligence analysts to comb through the trove of documents obtained by the Israelis and determine whether they reveal new details about Iran’s nuclear program and intentions. This close examination should precede and catalyze, not follow, any associated action.

Netanyahu confirmed what many knew and others assumed: that Iran previously lied about its nuclear program. He reinforced the importance of ensuring Iran is prevented from acting upon its intentions to obtain a nuclear weapon. However, it is precisely because Iran was caught lying that sanctions were imposed and it became an Obama administration priority to create a strict and intrusive inspections regime. That Iran had lied or would again lie is not new information.

The JCPOA as currently written offers tools by which the United States and its partners can verify Iran is not cheating or lying at present. If improved upon, as European partners—including French President Emmanuel Macron last week—have suggested, verification regimes can be strengthened and extended.  Partners—Israel, the United States, the Europe Union, and Gulf Cooperation Council (GCC) states included—can collectively focus their efforts and energies on countering Iran’s ballistic missile proliferation and mitigating its destabilizing activities in the Middle East.

However, if Trump walks away from the JCPOA, preventing Iran from restarting its nuclear program is likely to again become the primary focus, distracting from the above arguably more pressing, mutual threats.

As rhetoric between Israel and Iran heats up and the battlefield in Syria becomes ever more uncertain, it seems all the more critical additional measures of uncertainty be kept at bay.

Image: “We are facing a new reality—the Lebanese army, in cooperation with Hezbollah, the Syrian army, the Shi’ite militias in Syria and above them Iran—are all becoming a single front against the state of Israel,” said Israeli Defence Minister Avigdor Lieberman (front), according to New York Times columnist Thomas L. Friedman. (Reuters/Ronen Zvulun)