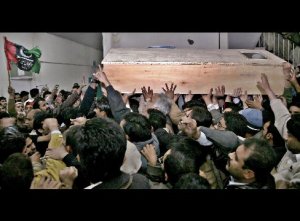 Two months ago I suggested that, amid the Bush administration’s focus on Iraq’s present dangers and Iran’s future perils, Pakistan was most likely to produce a so- called black-swan event.

For the uninitiated, the author Nassim Nicholas Taleb defined a black-swan event as a hard-to-predict, potentially disastrous occurrence far outside conventional expectations. The term’s origin was the idea that all swans were believed to be white before black ones were found in Australia in the 17th century.

Much of the analysis following last week’s assassination of Pakistani opposition leader Benazir Bhutto made little of the most frightening fact: Pakistan has become the world’s first failing nuclear state. And with her killing the odds have increased greatly of Islamist extremists getting their hands on nuclear material or on Pakistan itself.