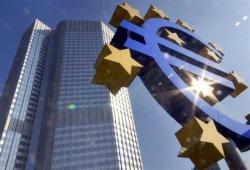 News that Senate Republicans killed the bailout of the Big 3 U.S. auto companies has set stocks tumbling around the world. In the major European papers available in English, we’re seeing headlines like “World markets slump as US car industry bail-out fails” (Guardian), “US car industry set to collapse as bailout fails” (Times of London)

; “US car bail-out collapse: Senate puts one-in-ten US jobs on the line” (Telegraph); and “European Stocks Drop as US Senate Rejects Auto Bailout” (Deutche Welle). Interestingly, however, the editorial pages are breathing a sigh of relief. Maura Kelly in The Guardian.

For once, I’m with the Republicans. […] While the amount of jobs lost and money drained from the US economy will be huge if the auto industry collapses, it seems silly to prop up businesses that have been under-performing for so long. As Republican senator Richard Shelby of Alabama recently put it: “The [Detroit] firms continue to trail their major competitors in almost every category necessary to compete.” He confirmed what so many consumers know: When people purchase American cars, they do it out of patriotism, but they’re not getting the best deal for their money.

Hajo Schumacher, writing in Berliner Morgenpost (as translated by Watching America) three days before the bailout was killed off, was incensed by the idea.

Companies, industries and regions have their own life cycles that governments can influence but little, as may be seen here in Germany with the Ruhr Valley coalmines. Detroit, the automobile capital, will inescapably become the next economic wasteland. The financial losses of Ford, General Motors and Chrysler are astronomical and a brighter future is nowhere to be seen. The U.S. government’s decision to prolong the suffering of these moribund companies by giving them money is ominous. Seventeen billion dollars will be wasted next February – not invested, but simply incinerated. Money that could have been used to invest in the future. It’s an ominous signal when the motherland of economic freedom begins mindlessly subsidizing private companies. Businesses worldwide will follow Detroit’s example and a global competition for government support may follow. As tough as it may be for the workers, companies unable to compete have to disappear from the marketplace. More profitable firms will replace them, offering stable employment. It’s not the government’s task to preserve the business status quo but to encourage projects that will be successful in the future. This economic crisis offers the opportunity to accelerate this painful but totally necessary “change for the future” but the opportunity is being wasted in, of all places, the home of dynamism and innovation.

An editorial in Financial Times Deutschland (as translated in Watching America) offers perhaps the most novel solution I’ve seen anywhere.

The best solution to the Big Three’s crisis might be one “American Car Company.” But it would have to deal with the consequences of major downsizing. It’s not important which nameplate is on it, what’s important is what goes into it. If the U.S. government wants to keep its three major car producers afloat, portions of GM, Chrysler and Ford could survive. It’s apparent, however, that of the three independent industry icons, only one company would remain after all the painful restructuring – and it would have to remain under government control for the foreseeable future. Considering the alternatives, this solution could well be the best of a bad lot.

The editorial admits that simply letting the market decide would be ideal but that there are other considerations.

[F]oreign automobile companies also have a stake in making sure that the three dinosaurs leave at least a skeleton behind after they perish. If the domestic producers suffer complete collapse, the entire American network of dealers and suppliers will go down with them – and that also includes foreign manufacturers with factories in the United States. One single “American Car Company” sharing a common research and development facility and common supplier and dealer networks would give the participants the necessary time to adapt themselves to the new situation.

It’s worth noting that there isn’t a flood of articles on this topic in the European papers. That’s not surprising, really, given that they’ve got their hands full coming to an agreement on how to respond to the effects of the financial crisis on their own soil.