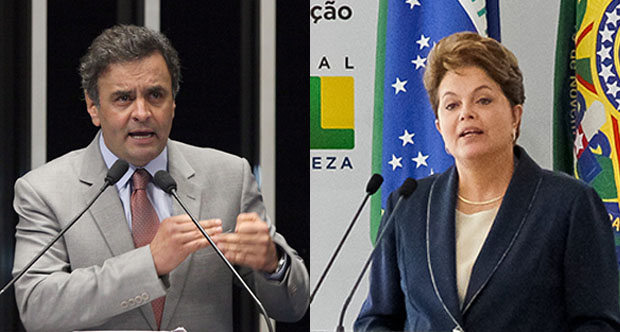 As Brazilians vote Sunday in a presidential runoff election, the Atlantic Council’s Peter Schecter and Jason Marczak discuss the significance and ramifications of this vote.  Schechter is the director, and Marczak the deputy director, of the Council’s Adrienne Arsht Latin America Center.


Why is this election so important – not only for Brazilians, but for the United States and transatlantic relations?

Jason Marczak: Brazil is increasingly a power broker in in world affairs, especially in the “Global South.” It has the world’s seventh-largest economy and is an increasingly middle-class country with enormous consumption potential. The population is equal to the combined total of Germany, France, and the United Kingdom. Clearly, the choice of its next president brings important economic and geostrategic implications for the Americas and Europe.

Over the last four years, President Dilma Rousseff has governed with an inward-looking approach, shying away from striking new commercial relations or taking an assertive role in even regional crises, such as the protests in Venezuela. Such an approach has blunted the economic boom of just a few years ago. Her challenger, Aécio Neves, has campaigned with a pledge to bring a more outward-looking approach to Brazil. He talks about the need to reinvigorate the Brazilian economy through new trade and investment deals. This would open up new opportunities both for Brazil and for the United States, Europe, and other potential partners.

Brazil has undergone dramatic transformations in the last decade but it now must implement a long delayed but critical macroeconomic rebalance. Its enormous energy potential is also ripe for foreign investment but the terms offered thus far have gained few international suitors. This must change for the economy to get the shot in the arm that it needs. As shown by the World Cup protests last year, neither Dilma nor Aécio can count on a long honeymoon period. The Brazilian citizenry expects continued social investments but with renewed economic growth and transparency.

What is the main question that Brazilians must decide on Sunday?

Peter Schechter: Who will win Brazil’s election on Sunday will depend on the question that Brazilians answer in the polling booth.  Over the past few weeks, both campaigns have tried desperately to reframe the question for voters.

Dilma will win if Brazilians think the key question is: ‘Are Aecio’s radical, free trade economic views too dangerous for the country’s poor and will he endanger the gains that Lula [former president Lula Inacio Lula da Silva] and Dilma have brought Brazilians in the past 15 years?’

Aecio will win if Brazilians think the key question is: ‘Do you agree that the PT [Partido dos Trabalhadores, the ruling Workers’ Party] model is tapped out by corruption and ideology? That it was useful for the social changes Brazil needed, but now has nothing to suggest for the future of an emerging superpower that must compete in a globalized world?’