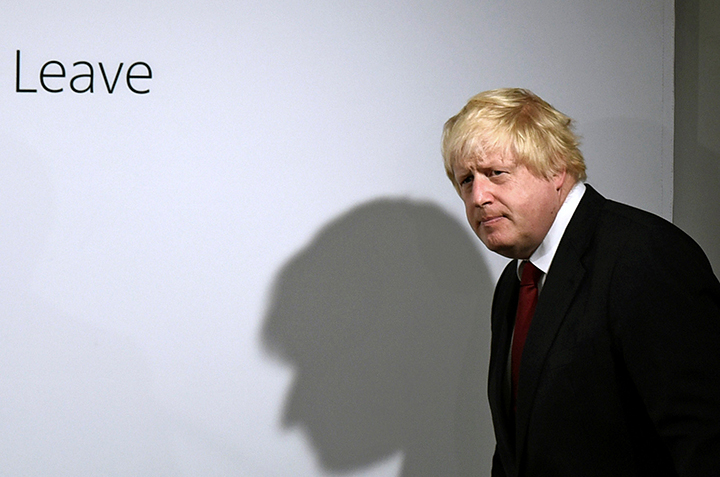 A vote by the British to leave the European Union should not be viewed as an isolated incident. It should, instead, set off alarm bells about the future of the European project.

British Prime Minister David Cameron’s campaign to keep the United Kingdom in the EU was defeated by 52 percent to 48 percent despite overwhelming support from voters in Scotland, Northern Ireland, and London. The United Kingdom must now negotiate its exit from the EU under the terms of Article 50 of the Lisbon Treaty. These negotiations could last up to two years—thereby creating a period of uncertainty for global financial markets and political sentiment on the European continent.

Peter Westmacott, a former British ambassador to the United States, described the outcome of the so-called Brexit referendum on June 23 as an “earthquake.”

The vote’s repercussions will be felt across Europe, said Natalie Nougayrede, a columnist with the Guardian. “It would be a serious mistake to think that this is one isolated demonstration of rejection of the European project,” she said.

“There are forces at work on the continent that will benefit from this vote. They are already making that very, very clear,” she added. The leaders of far-right, anti-immigrant political parties across Europe have been quick to welcome the outcome of the British vote.

Nougayrede and Westmacott spoke on a conference call hosted by the Atlantic Council on June 24. They were joined by Richard L. Morningstar, founding director and chairman of the Atlantic Council’s Global Energy Center and a former US ambassador to the European Union. Claire Yorke, a nonresident senior fellow at the Council’s Brent Scowcroft Center on International Security moderated the call.

“It would be delusional to start thinking about deepening integration,” she said.

Noting that a concerted effort needs to be made to restore the connection between the European project and citizens across the European Union, she added: “This is going to be a very big task because we have been in denial for many years.”

Morningstar agreed. “This has to be a wake-up call to the EU,” he said. “Any idea of rushing into further integration, at this point anyway, is not going to help. The EU and Brussels have to work with the member states to develop more transparency, to develop more confidence among the citizenry of these states. But at the end of the day that is only going to happen if the EU comes up with the right policies and doesn’t come across as overly technocratic and bureaucratic, and addresses some of the legitimate grievances that have come up as part of this debate.”

The outcome of the British referendum is “partly about a sense in the United Kingdom that the institutions of the European Union are not working properly, even though the United Kingdom is insulated from the effects of what is going on in Europe,” said Westmacott.

Westmacott said the Leave campaign had resorted to a campaign of misinformation, including baseless warnings about Turkey being on the brink of joining the EU, which would flood the United Kingdom with Turkish immigrants.

The reaction among the youth is “how could people be so irresponsible and dumb and misled by what they would regard as misinformation,” said Westmacott. “This is not a generation which is wildly enamored with the concept of an ever closer union. This is just a hard-nosed generation who are struggling, quite often, to get jobs…and they are pretty clear in their own mind that the economic and broader benefits of Britain as part of the European Union are very clear.”

Westmacott compared supporters of the Leave campaign to Americans who back Donald Trump, the US Republican Party’s presumptive presidential nominee.

The referendum is as much about disillusionment with the political status quo and a continuing sense in the United States and in the United Kingdom that the hard-working, tax-paying middleclass are being ignored while those responsible for the global financial crisis in 2008 continue to prosper and have not been held accountable, said Westmacott.

“I very much hope that this doesn’t prove to be the pulling of a thread on the old jumper. In other words, the unravelling of so much that European post-war construction has achieved,” he added.

The United States needs to rethink its approach to Europe, said Nougayrede. “There has been a certain diffidence [toward Europe from the United States].”

“Saying Europe is a mess is just not enough,” she added, noting that the United States should see the British referendum as a signal that it needs to find new ways to re-engage with Europe because the “traditional way of doing things was not sufficient.”

At the same time, anti-Americanism is growing across Europe. In a sign of Washington’s anxiety about a Brexit, US President Barack Obama uncharacteristically weighed in on the debate on a visit to London in April this year. That intervention was insufficient, and “we need to pause and think about why this didn’t work…and why official high-level messages may not be sufficient to keep Europe from dismantling this EU project,” said Nougayrede.

“Europe is our strongest partner in dealing with global issues…and Britain has been such a staunch ally working with us even within the EU to come up with policies that are coordinated and consistent, and Britain just won’t be part of that, certainly not as an insider,” he said.

“It is really important that Britain not withdraw into a shell,” he added.

Westmacott said the United Kingdom’s commitment to NATO to spend two percent of its GDP on defense, its commitment to nuclear deterrence, and the close cooperation between US and British agencies and armed services will be unaffected by a Brexit.

One of the biggest challenges that lie ahead will be how to manage the political and economic uncertainty as the United Kingdom sails into uncharted waters.

While there will be no immediate change in the United Kingdom’s relationships, there will be a drop off in investments in the country and businesses will move out to ensure that they can be part of the single market, said Morningstar.

With regard to the negotiations with Brussels, Morningstar wondered how the EU would react. “How accommodating will the EU be to Britain?” he said. “If Britain has problems and [a Brexit] is shown to have been mistake that could help mitigate the domino effect with respect to other countries.”