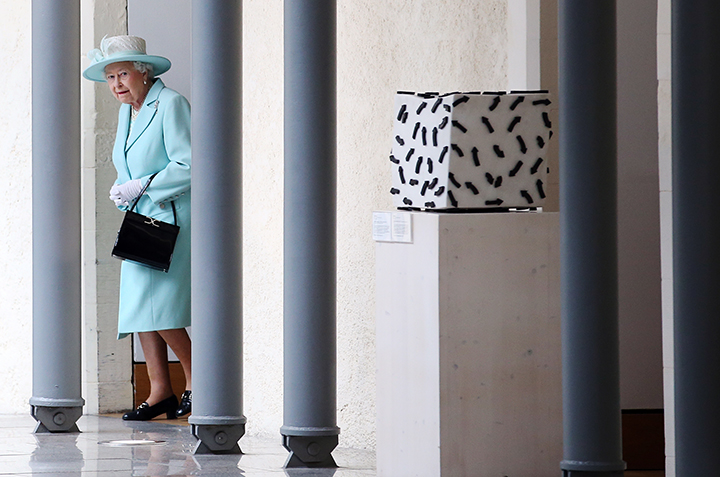 On a visit to London last week, I had a front-row seat for the political turmoil emerging from a vote for Brexit that no one expected. I thought British politics were in serious trouble when I served as deputy chief of mission and chargé d’affaires at the US Embassy between 2007 and 2010. But the situation now is in a whole different category.

British Prime Minister David Cameron, who will long be remembered as the author of an ill-conceived referendum designed only for electoral advantage, decided after the vote that he would rather go on permanent vacation than actually try to lead his country into a new and supposedly improved relationship with Europe. His Conservative Party colleagues quickly transformed the leadership competition into a sordid little soap opera, with the clever/devious Michael Gove somehow prompting the clever, reduced, and frightened Brexit supporter Boris Johnson into heading for the hills himself, another self-serving exit from the scene of the accident he had just been a large part of causing. Now the Brexit wing of the Tories seems to be seeking party leadership that was the purest about wanting to leave the European Union, with the possible result that they could advance the careers of some otherwise unimpressive minor figures into the leadership of the United Kingdom.

The continuously feckless Labour Party grew even less impressive as Labour Members of Parliament indicated no confidence in their leader, Jeremy Corbyn, who has nevertheless declined to leave. Corbyn seems intent on bringing former British Prime Minister Tony Blair to justice over his decision to enter the Iraq war. His cause, perhaps a noble one, could be assisted by the long-awaited release on July 6 of the Chilcot Report, which documents the UK’s role in the Iraq war. But it is not what is needed at this historical moment. The chances of Labour producing an impressive set of new leaders that will go on to challenge the Tories in a convincing way is not a development for which London bookmakers are providing decent odds.

Even Queen Elizabeth II felt the need to recommend that UK politicos allow “sufficient room for quiet thinking and contemplation, which can enable deeper, cooler consideration of how challenges and opportunities can be best addressed.” Fat chance. And it was delicious accidental irony that she delivered these words at the opening of the Scotland’s Parliament, where the first reaction of Scottish First Minister Nicola Sturgeon following the Brexit vote was a quick trip to Brussels to assure EU leaders that the Scots wanted nothing to do with what was an essentially English decision, and to note that the Scots had indicated the same by an overwhelming vote to remain in the EU.

All this could be written off as a tragicomic summer opera during London’s season of Wimbledon, Ascot, Henley, and Glastonbury if it were not so genuinely damaging. The UK vote to leave the EU will damage Europe and damage US interests in Europe for many years to come. The degree of the damage will, to some extent, be a function of the degree of wise leadership in the UK and Europe over the next two years, and that’s a dicey proposition at best.

The Brexit wreckage that the United States will need to reckon with now and for the next few years falls into overlapping political, security, and economic categories. The self-inflicted political uncertainty will make the UK a considerably less able partner to deal with the genuine pressing issues of the day. Weak and inexperienced new leaders will be preoccupied with developing a form of “no-fault insurance” with the EU to mitigate the downside of leaving—most of the benefits with few of the costs. This will not find eager partners on the Continent and is likely to engender even more resentment, as well as delay. A process of disentanglement that is expected to take no less than two years hasn’t even formally started but it has clearly become a distraction in an area of the world where the focus needs to be on regenerating economic growth with millions of new and good jobs, dealing with a Russia gleeful at the site of Western disarray, and managing immigration with some sort of veneer of confidence at the very least. And this is not to mention the shared challenges in the Middle East and Asia. Perforce the time and energy available for cooperating with the United States on the big problems will be reduced significantly. The idea that the UK will have more ability to focus, much less spend, on NATO at this juncture is ill-considered wishful thinking.

The forces of political entropy that Brexit released will be at best unpredictable and at worst unthinkable. The Scots are not going to sit around and wait to become a disinherited spinster sister of England and Wales. The Scots see the benefits of continued EU membership but have been told in no uncertain terms by European powers (particularly those with their own semi-autonomous regions) that the EU will only negotiate with sovereign countries. Unlike the English, the Scots apparently believe they can retain their identity comfortably within a European context and they are already envisioning the need for another referendum on whether to remain in the UK.

But the legitimization of fear of foreigners that was critical to mobilizing Brexit’s voters will now have a stronger base on the Continent as well. And that could turn out to be the worst possible contribution the English and Welsh will make in the twenty-first century. The big winners of the referendum were the retrograde/ insular/prejudiced/racist elements that found a home in Nigel Farage’s UK Independence Party. And now even Farage, a man who clearly doesn’t have the stomach to take any responsibility for the consequences of what he so strongly supported, has resigned from politics. He knows that the medium-term prospects for any economic benefits to accrue to his voting base are nil, and that is likely to stoke further the politics of fear and resentment.

Americans have a real stake in a Europe that is not only trying but is unreservedly devoted to preventing the horrors of two horrendous wars in Europe. The EU is not simply another convenient economic bloc. US President Barack Obama was absolutely correct in writing in the UK’s Telegraph before the vote: “The tens of thousands of Americans who rest in Europe’s cemeteries are a silent testament to just how intertwined our prosperity and security truly are.”

The notion that Europe is beyond the point where it could all fall apart once again is no less than a willfully ignorant reading of recent history. The startling fact that Cameron’s decision to pursue the Brexit referendum was made without consultation with the other partner in the so-called special relationship—the United States—is telling enough. We can only hope that the next generation of UK leaders will feel some small obligation to rebuild ties with the United States and make them somehow special again.

Richard LeBaron is a nonresident senior fellow at the Atlantic Council. He served as deputy chief of mission at the US Embassy in London from 2007 to 2010 and as chargé d’affaires in London during the transition between the Bush and Obama administrations.

Image: British Queen Elizabeth II arrived to attend the opening of the fifth session of the Scottish Parliament in Edinburgh, Scotland, on July 2. Following the British vote in favor of taking the United Kingdom out of the European Union, Elizabeth urged “sufficient room for quiet thinking and contemplation.” (Reuters/Jane Barlow)