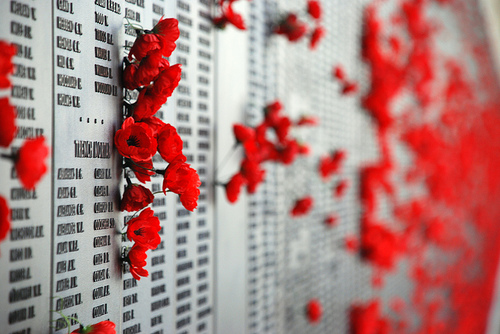 As I write this I have just listened to the Last Post and observed two minutes of somber silence to mark Britain’s war dead. This year Remembrance Day was particularly poignant as on Friday I attended an excellent conference on the future of European defense in the heart of Vauban’s superb seventeenth century fortress, the Citadelle at Lille. Europe in many ways started here. To the immediate north and east of Lille are great battlegrounds of two world wars over which I drove in my two hour, three country freedom journey on a tarmac carpet across a quagmire of sacrifice from my home on the Dutch-Belgian border.

Now, I am a self-confessed Francophile who respects both France and its people. For all the British talk of “punching above our weight,” it is in fact the French who repeatedly turn a difficult strategic position into effective influence at a reasonable price. And, one should be in no doubt that I believe the Franco-British strategic relationship is critical, not just for Europe but the wider world. The problem is that when the French elite (particularly the Left) talk about Britain they are not only wrong but so often determinedly wrong. It was the same on Friday. The specific (and implied) grouse was why can Britain not see that it has no alternative but to sooner or later accept the French view of Europe and the world? That was not the only loaded question. So, here is the response that my weapon of mass confusion (my Yorkshire French) failed to convey:

Sadly, this kind of nonsense is also beloved of the “Little Britain” mafia in London who preach that one of the world’s most potent political and military powers could not survive outside an EU moving in a direction that Britain neither wants nor can be part of. And here is the irony; after almost a century since the struggles that made my journey possible the issue is still Germany and its power. Indeed, for all the financial travails one hundred years on ‘Europe’ is still a metaphor for how to accommodate Germany; friend Germany, ally German, partner Germany, but nevertheless powerful Germany. Thankfully, the most poignant moment this weekend was to witness the British and German ambassadors to Belgium laying wreaths together at Ypres’s famous Menin Gate.

Lille’s Citadelle was built at a time when Louis XIV was at the height of his powers. However, it reflected the essentially defensive nature of French thinking during yet another war with Britain. The British of course chose not to attack Louis’s strongest point, but rather his weakest. In 1704 Marlborough defeated Louis at the Battle of Blenheim in Austria thus guaranteeing the very victory the Citadelle was built to prevent.

The question that no-one at the meeting dare pose was this; can Britain and France have a future strategic relationship above and beyond the EU? Given the real world (as opposed to the Euro-world) Britain and France must. However, for that to happen the French élite must abandon its comforting prejudice about l’albion perfide. Indeed, even if Britain in time leaves an EU that has effectively left Britain, the British will never leave Europe. Much of my drive was across our fallen in Flanders Fields.

Britain and France together, forever, in Flanders Fields.