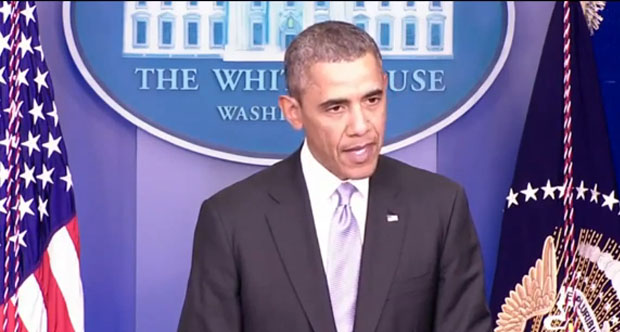 As President Obama warned Russia that “there will be costs” if it pursues an invasion of the Ukrainian region of Crimea, policymakers in Washington are debating whether to sustain or suspend “business as usual” with the Russian government, the Atlantic Council’s Damon Wilson said. Senior Fellow Ian Brzezinski said the Obama administration is unlikely to deter Russian President Vladimir Putin from intervention in Ukraine unless it specifies concrete economic sanctions that it is ready to impose on Russia, along with opening NATO consultations on security help for Ukraine.

The deployment of unidentified military units at strategic points in Crimea looks like a new Russian effort to coerce a neighboring country into abandoning its plans to align more with the West, Wilson said in a video interview before President Obama spoke. Russia’s actions come from “a typical Russian playbook” it has used in Georgia, Moldova and elsewhere, Wilson said. The US government can agree to disagree with Russia on many issues, but “when it comes to a neighbor being dismembered, that’s more than just a disagreement.”

(Read comments from Ian Brzezinski below, and listen to Damon Wilson’s observations in the videos below.)

Ian Brzezinski Urges US: List Real Sanctions Against Russia
“At time when it is unambiguous that Russian forces have moved to seize control of Crimea, violating Ukrainian sovereignty, President Obama’s statement was limited to a commitment to further consultations and a broad warning of grave consequences, none of which were described in any detail.” Brzezinski said at the Council. “There was no articulation of any preparations or actions underway — diplomatic, economic or military — to give that warning needed credibility.  In the absence of outlining how the US is prepared to assist Ukraine, this warning in unlikely to change Putin’s course of action.”

The US government can apply concrete leverage through several steps if Russia continues or escalates its intervention in Crimea, Brzezinski said in an interview: