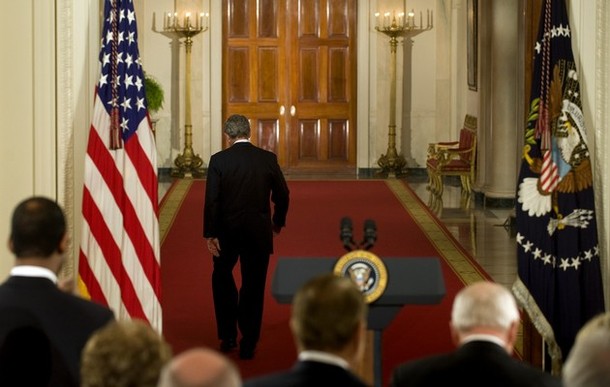 The gang at RealClearWorld is doing the obligatory look back at the Bush administration and have essays dedicated to what they consider George W. Bush’s Top 5 Foreign Policy Successes.

Still, While much of the President’s record undoubtedly deserves harsh scrutiny and analysis, we here at RealClearWorld also acknowledge that events never occur in a vacuum. Decisions made by the executive often have reverberating effects for future presidents, both good and bad. President Bush, much like his predecessors, adopted a position impacted by decisions he didn’t affect or formulate. The true policy impacts of the Bush administration may not manifest themselves for years to come. And just as President Carter had the Iranian hostage crisis, and President Kennedy had the Bay of Pigs invasion, President Bush will be judged and deconstructed by a small handful of decisions made.

So, what are the high points?
1.Africa.

Click the links for lengthy discussions of each.   What’s particularly interesting about the list is that, with the possible exception of military transformation, they’re major policy areas that have been conducted almost entirely off the radar screen of the public and the general press.  Notably absent — at this juncture, at least — are Bush’s most high profile gambits:  Iraq, Afganistan, the Global War on Terror, and ballistic missile defense.