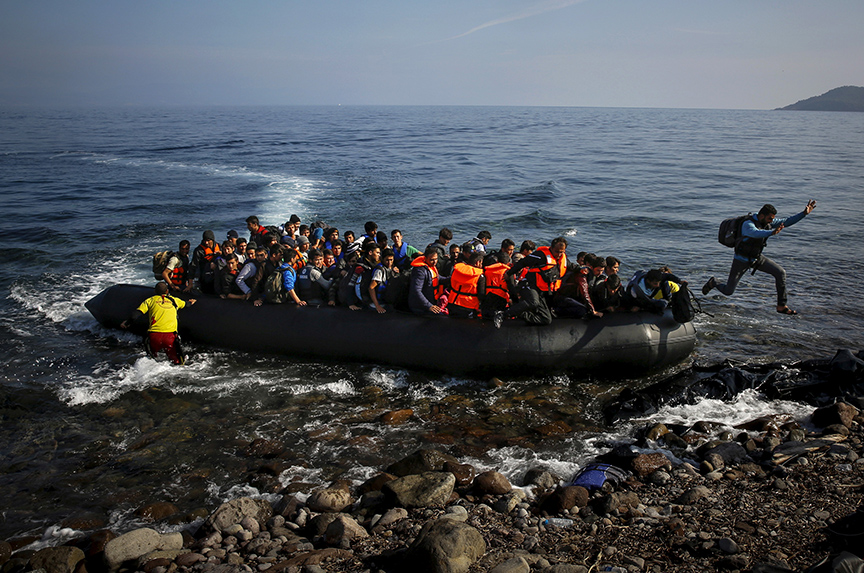 In recent weeks, the idea of establishing a European Union army was reintroduced to the public debate. During a visit to Lithuania, Germany’s defense minister, Ursula von der Leyden, noted that “it’s time to move forward to a European defense union.” Days later, in his State of the Union address, the president of the European Commission, Jean-Claude Juncker, concluded that “we must have a European headquarters and so we should work towards a common military force.”

Made in the wake of the recent Brexit vote, these statements appear to capitalize on the removal of the United Kingdom, one of the chief opponents of an EU military force, from the decision-making process. However, while the idea of an EU military force has its merits, namely with regard to the EU’s capacity to play a larger role in world politics, the current level of European integration, as well as practical economic and security concerns, make this project unlikely to succeed.

The idea of a European army is not a new one. In the late 1940s there were proposals from the British, the French, and the Benelux countries to create a security community designed to forestall future war in Europe. Some years later, there was a serious attempt to create a European army—the European Defense Community. Due to factors relating to the non-democratic nature of this proposal and internal disagreements between its founder states, this initiative failed to gain traction and was quickly abandoned. However, the notion of a European army has, to various degrees of success, resurfaced over the course of the past sixty years. Most recently, this idea has made its way back into the public discourse following Russia’s annexation of Crimea from Ukraine in March of 2014 and the migrant crisis that has besieged Europe’s southern borders.

Funding is one of the main obstacles that stands in the way of establishing a European army. The question of who pays and how much has for decades been a problem that no one has been able to solve. Would the EU member states have to contribute voluntarily, based on the model for financing the EU’s current Common Security and Defense Policy (CSDP) missions? Or would the European Commission establish a fund into which all countries would have to pay their share?

If EU member states decide to contribute to the collective army on a voluntary basis, then the budget might either remain empty or become dominated by a couple of large EU member states. Their position as the sole contributors to the budget of a collective army would allow these larger countries to pursue their own foreign policy interests under the EU flag. Such an arrangement could hardly be described as a truly European project.

A mandatory contribution policy raises the question as to how the EU, which lacks a common fiscal policy, could extract funds from its member states. Solutions such as the Athena mechanism, established in 2004 and used for deploying EU forces to conflict areas, required member states to cover common costs related to EU military operations according to a gross national income (GNI) index. However, this method was unsuccessful, and will not serve as a model for the way forward. If a binding arrangement were agreed upon, the question remains as to whether the funding for an EU army, appropriated from national army budgets, would jeopardize EU states on an individual basis and in turn weaken institutions like NATO.

The fact remains that at the moment there are more questions as to the logistics of creating an EU army than answers available to allow participants to start the process. Therefore, it seems rather unlikely that this Gordian knot will be cut anytime soon.

Perhaps the greatest impediment to an EU standing army is that most EU member states have divergent national security interests. On the one hand, given the plethora of public declarations made in past years by the leaders of the Baltic States and countries like Poland, it is hardly surprising that from their point of view, Russia poses the greatest threat to their territorial sovereignty. In addition, despite their prized neutrality, Nordic countries like Finland are also becoming increasingly weary of Russia. For example, some three months ago Finnish Foreign Minister Timo Soini concluded that Russia’s use of military force against Finland “cannot be ruled out.”

However, on the other side of the spectrum, countries such as Greece and Italy were among those hit hardest by the migrant crisis and they continue to grapple with the contingent security challenges. While the vast majority of migrants are fleeing war zones in search for a better life, the prospect of terrorists crossing EU borders with fake passports is an issue that keeps not only national security services, but also organizations like Europol highly alert. As a result, the security concerns of southern and northern EU member states are different.

Additionally, French President François Hollande has lobbied for the EU to play a greater role in turbulent West African states such as Mali, seeking to utilize EU “battle groups” – military units created in 2007 that adhere to the CSDP. Advocating on behalf of its own interest in taking up the role of peacemaker in Mali, France would like to see the EU army used as an expedient force that would combat terrorist groups in Western Africa, and prevent them from spreading into Northern Africa, which is only a short boat ride away from the shores of Europe. Therefore, the issue presents a threat to all EU member states. However, the fact that the remaining twenty-seven EU member states were reluctant to risk the lives of their own men and women in a conflict brewing on a different continent proves that there are clear differences among the national security interests within the union.

It is evident that, given the current circumstances, the creation of an EU army is an unrealistic ambition. There are too many budgetary questions to be answered. Without a formal fiscal union this dilemma is unlikely to ever be solved. Also, the security concerns that may keep Baltic or Polish policy planners up at night may not be the same for their Greek, Italian, or French counterparts. As a result, it would be next to impossible to agree on what purpose the EU army would serve.

However, this does not mean that the concept of an EU army should be abandoned. EU leaders must not initiate the creation of an EU force without having established firmer economic integration and efficient governance mechanisms that would ensure that such an army would serve the best interests of all EU member states. The creation of an EU military force would most effectively serve any potential purpose only if it was the last and not first step toward greater federalization.

Lukas Trakimavičius is a London-based independent energy and security analyst.

Image: An Afghan migrant jumped off an overcrowded raft onto a beach in the Greek island of Lesbos on October 19, 2015. Southern and northern European Union member states have different security concerns. (Reuters/Yannis Behrakis)