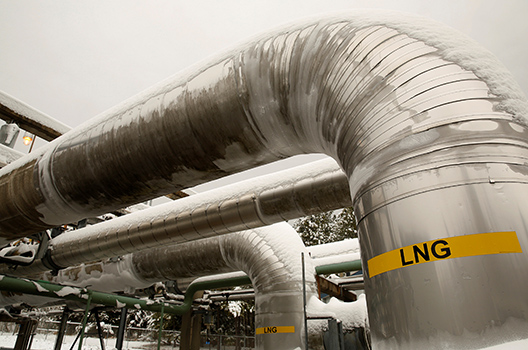 Momentum is building regarding the trade truce and work plan announced by the United States and the European Union in the July 25 US-EU Joint Statement. US President Donald J. Trump and European Commission President Jean-Claude Junker gave special attention to strengthening “strategic cooperation with respect to energy,” adding that the “European Union wants to import more liquefied natural gas (LNG) from the United States to diversify its energy supply.” In early August, the EU Commission reiterated support for that goal and urged the United States to ease LNG export regulations as a way to help increase LNG trade.

Washington and Brussels have been working to increase cross-border economic integration in the energy sector and to promote increased US-EU energy ties at least since the early 2000s when they began serious talks about diversifying supplies to Europe and enhancing the EU’s energy security. In recent years, the United States’ increased natural gas production has provided new options for potential US energy supply to Europe, beyond emergency supply situations.

Currently, US LNG imports are primarily constrained by price, as the EU buys much of its gas via pipeline, especially from Russia, which is less expensive that LNG from the United States. However, a shift in the US regulatory framework can help reduce costs of US imports and can build confidence in the overall trade relationship.

Policy makers should act decisively outside formal trade negotiation frameworks to reduce or eliminate existing American non-tariff barriers (NTBs) regarding LNG exports to Europe. Quick wins here could build trust and help create longer-term strategic advantages for both parties in the transatlantic relationship. In order for the EU to maximize the benefits of increased US LNG exports to Europe, European policy makers will also have to secure better pan-EU infrastructure that can deliver imported LNG beyond coastal reception points at competitive prices.

An EU proposal on “Energy and Raw Materials” in the dormant Transatlantic Trade and Investment Partnership (TTIP) negotiations sought to facilitate the development of common regulatory standards in energy (proposed Art. 7) and joint action internationally to decrease or eliminate “trade-distorting measures in their countries,” especially with respect to the treatment of energy efficiency and energy renewables. The EU TTIP proposal also sought to establish a national treatment standard regarding energy pricing by prohibiting higher prices for energy exports through licensing or other regulatory requirements.

These negotiations occurred against a backdrop of substantial strategic shifts in the energy landscape including Russia’s annexation of Crimea and the crisis in Ukraine, which serves as a major trans-shipment location for Russian gas through pipelines, the United States’ emergence as a major exporter of LNG, and Germany’s agreement to build a second pipeline receiving Russian energy exports beneath the Baltic Sea (Nord Stream II). Many have flagged concerns about increasing EU dependence on Russian gas supplies. The EU’s efforts to diversify its energy imports through increased reliance on American LNG exports therefore presents a geo-strategic opportunity to increase energy and political security in Europe and bolster the transatlantic relationship in the process.

Transatlantic policy makers would be wise to pursue pragmatic, incremental policy shifts in areas “where a high degree of policy convergence already exists” to build trust and momentum, such as the EU’s recent policy shift regarding genetically modified soybean seeds. Now, the United States could make a valuable move by easing what the EU perceives as an unnecessary regulatory NTB: the issuing of LNG export licenses.

The Natural Gas Act of 1938 establishes a complex regulatory review process for proposed exports of natural gas from the United States. Export permits must be issued by both the Federal Energy Regulatory Commission (FERC) and the Department of Energy (DoE). FERC must acquire input from three additional agencies (the Coast Guard, the Department of Transportation, and the Maritime Administration) before it issues a permit. The DoE must separately determine that exports are “in the national interest.” Nations with free trade agreements (FTAs) with the United States (including Mexico and Canada) automatically receive national interest certifications.

The permit process became more convoluted in 2014 through a technical regulatory rule change.  Rather than provide a “conditional” national interest determination at the start of the regulatory review process, the DoE’s new rules required that the entire FERC review process be completed first before the DoE begins to consider the national interest issues required by statute. This change lengthened the permit process.

Washington can move to operationalize the joint EU-US July Statement by addressing this NTB. It can do so in four ways:

b. expanding the range of entities eligible for a national interest determination beyond bilateral FTA partners to include EU member states; and/or

These rule changes, if proposed in the autumn of 2018, could be finalized in early 2019 following formal notice and comment process in the United States. Importantly, these reforms do not require lengthy trade treaty negotiations.

A 2017 European Commission LNG Study indicates that European LNG demand will grow due to increased infrastructure commitments and the expectation that increased supplies of LNG will decrease prices. The Commission study underscores that “in the final analysis, economic theory states that the marginal supplier sets the marginal (spot) price. This is most likely to be the [United States] in the current circumstances.”

Taking rapid steps to support more US LNG exports to the EU would help counterbalance Russian influence on the European continent and contribute to a lasting constructive transatlantic relationship. Substantial increases in U.S. exports sufficient to generate an impact on market prices will be facilitated by changes in the U.S. regulatory framework. Addressing US regulatory NTBs are, however, not sufficient alone to improve transatlantic energy interdependence. It will be challenging to compete with Russian gas on price, for example, but as the 2017 EU Commission study notes, the availability of US LNG will help keep Russian prices down, while reducing European supply vulnerabilities. Also, price may not be the sole factor in purchasing decisions: some Europeans may buy US LNG at somewhat higher prices just to have another reliable supplier. EU and European nations also must implement existing plans to upgrade infrastructure interconnections in order to enhance transshipment of US LNG imports across the European continent.

Barbara C. Matthews is a nonresident senior fellow with the Atlantic Council’s Global Business & Economics Program. Follow her on Twitter @BCMstrategy. Ms. Matthews was the first US Treasury Attaché to the European Union with the Senate-confirmed diplomatic rank of Minister-Counselor. She also served as Senior Counsel to the House Financial Services Committee under Chairman Michael G. Oxley.

Earl Anthony Wayne is a nonresident senior fellow with the Atlantic Council’s Global Business & Economics Program. Follow him on Twitter @EAnthonyWayne.  Wayne left the U.S. diplomatic service with the rank of Career Ambassador after having served twice as Ambassador, Assistant Secretary of State for Economic and Business Affairs, and senior positions working on transatlantic relations in Washington and Brussels.

Ambassador Richard Morningstar is the founding chairman of the Atlantic Council’s Global Energy Center. He also served as the US ambassador to Azerbaijan, US ambassador to the European Union, special adviser to the president and secretary of state for Caspian Basin energy diplomacy, and special envoy for Eurasian Energy.