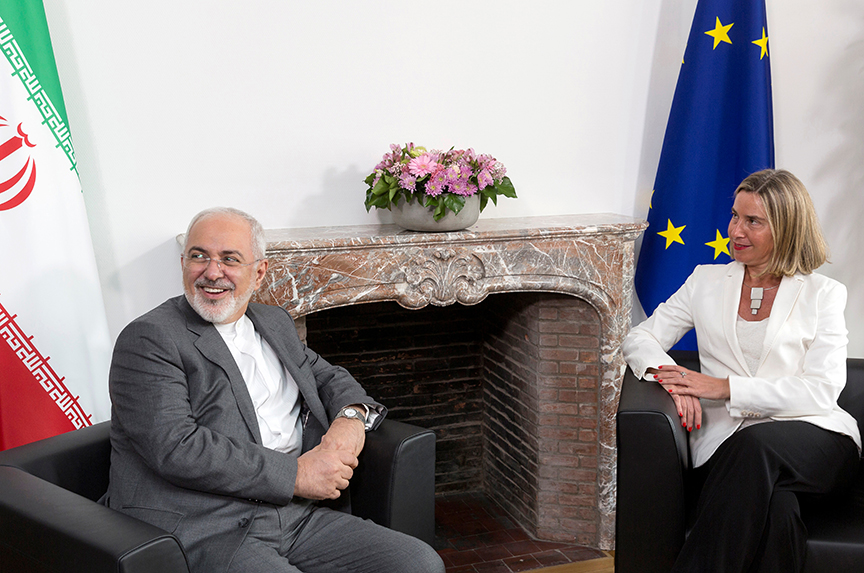 The European Union (EU) on May 18 announced that it was beginning the process to activate its proposed blocking regulation, initially proposed in 1996 to try to counteract what the EU saw as the extraterritorial reach under the United States’ Iran-Libya Sanctions Act (ILSA) and Cuba sanctions program. Those disagreements were settled politically with the Clinton administration, but there has been renewed interest in the draft regulation in the wake of US President Donald J. Trump’s decision to withdraw the United States from the Joint Comprehensive Plan of Action (JCPOA) and reimpose US secondary sanctions on Iran.

It is not clear that proponents of reviving the regulation fully appreciate just how different the global financial and compliance environments are now compared to the mid-1990s.

The draft from 1996 will have to be updated to include more recent US sanctions, and although it is unclear how much more substantively it will change, its original provisions provide some basis for analysis.

The basic prohibition, as drafted, applies to complying “actively or by deliberate omission” with specified US laws or regulations, which, as undefined terms, risks over-broad interpretation. It also establishes a mechanism for claims against those that do follow US sanctions.

In the years since the 1996 draft, however, most large EU financial institutions—which are hugely reliant on access to US markets and the US dollar—have implemented compliance policies that generally follow US sanctions. A 2012 US legislative provision effectively forced foreign subsidiaries of US companies to comply with US sanctions on Iran.  The 1996 draft does not contemplate this new reality, and perversely, claims under it likely would target banks and companies based in the EU more than they would those in the United States.

The draft leaves penalties to the discretion of individual member states, which could result in wildly divergent implementation across the EU, and potentially provide a venue for pursuing political or trade conflicts under separate cover, given the ambiguous terms of the regulation.

Crucially, if one member state objects to the law, it will fail.  Hypothetically, why would the United Kingdom agree to a blocking regulation that would have a disproportionate effect on its critically important banking sector, which had already been reluctant to venture into Iran even when the United States was still in the JCPOA?

Member states recognize these issues. They have discussed trying to create a payment channel that is fully independent from the United States and could, therefore, withstand any US sanctions, potentially using EU central banks that the bloc may judge are too big for the US to sanction.

With all of these issues at play, two outcomes are more likely.  Broadly, EU firms will, and already have begun, pulling out of Iran. The US market and access to the US dollar are simply too important for large businesses to cast away, especially when compared with the relatively marginal economic prospects that Iran offers.  The one potential exception is oil imports, as Iran exports more than 2.5 million barrels per day.  US sanctions make some allowance for reduction, instead of complete termination, of oil imports from Iran, and the United States may be able to come to a mutually acceptable arrangement with its partners in the EU that avoids forcing a decision over sanctioning EU member state institutions or significant economic actors.

The EU has many concerns over the transatlantic relationship with Trump in power, but Iran hardly seems the hill on which to die.  However, there is still considerable uncertainty as to whether sanity will prevail, especially since many European leaders are so upset with the United States, and it’s anyone’s guess as to whether Trump would approve a reasonable accommodation with the EU.

It will, therefore, be critical to watch developments in negotiations over the EU reducing oil imports from Iran, in addition to any progress in Brussels on a revised blocking regulation.

In an Iran policy speech in Washington on May 21, US Secretary of State Mike Pompeo promised a significant diplomatic push to work with partners, including the EU, to cut off Iran’s revenue streams in an effort to pursue a new, comprehensive agreement with Iran.  Job one for his diplomats in Europe will be to convince skeptical European leaders to abandon any blocking regulation and join the United States in its effort to bring Iran back to the table.

Ultimately, the bloc may well prefer to use the threat of such a regulation as leverage for getting a reasonable accommodation on oil or individualized accommodations, rather than risk a move that could cause more harm than good.