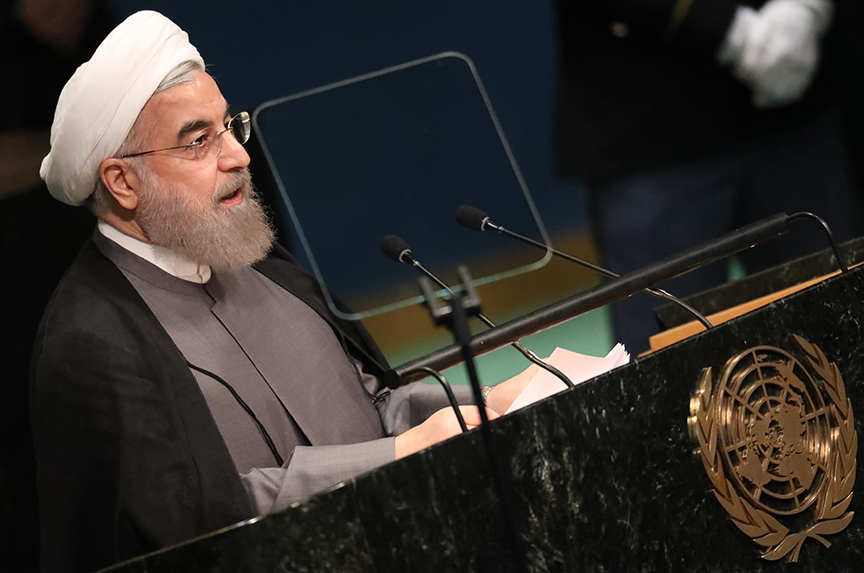 Donald Trump’s election as the next president of the United States has created uncertainty for the future of the nuclear deal with Iran. On the campaign trail, Trump made no secret of his opposition to the deal—formally known as the Joint Comprehensive Plan of Action (JCPOA). However, even if Trump’s administration retards the implementation of the JCPOA, the United States probably cannot singlehandedly unravel it.

The JCPOA is not a bilateral agreement. It is between the United States and six other governments, none of which oppose the nuclear deal, which Trump has called “the worst deal ever.” Of course, as president, he will have to work with Russia, China, and Washington’s European allies, none of which are likely to withdraw from the JCPOA. The foreign policy establishment in Washington, too, overwhelmingly favors the deal.

Assuming Tehran continues to comply with the terms of the JCPOA, no one expects Russia, China, or the Europeans to re-impose nuclear sanctions on Iran. Of course, with a Republican-controlled House and Senate next year, Trump may well appoint a hawkish anti-Iran secretary of state and have an easy time signing legislation to slow down the implementation of the deal, or imposing new sanctions for missile tests, terrorism, or human rights abuses. But in an increasingly multipolar world that long ago stopped marching to Washington’s tune, America can no longer shove policy prescriptions down other nations’ throats. Although Trump and some of his Republican allies may believe that isolating the Islamic Republic serves US interests, Washington would undoubtedly find itself isolated given how many major countries want to further unfreeze their economic ties with Iran.

As the European Union suffers economically, the Europeans have great incentive to take advantage of Iran’s economic opening and increase exports to a market of eighty million people. After Trump’s triumph, France’s Total declared that the US election “does not change anything” with the energy giant having announced a major investment in Iran’s gas sector. On November 14, EU foreign ministers issued the following statement: “The EU reiterates the need for continued full and effective implementation of the JCPOA throughout the lifetime of the agreement.” Any effort on the Trump administration’s part to undermine the JCPOA could also complicate the United States’ alliances with other major economic powerhouses, including India, Japan, and South Korea, which were not part of the P5+1 but have much to gain from the JCPOA’s preservation.

Washington’s Gulf Cooperation Council (GCC) allies, despite having had initial reservations about the JCPOA’s geopolitical ramifications, now have their own reasons to pressure the United States not to unravel it entirely. Instead the Saudis, the Kuwaitis, and the Emiratis would prefer to see the Trump administration renegotiate the deal to place greater pressure on Iran, which many in the GCC view as the top threat to the Gulf Arab sheikdoms’ security.

In fact, Saudi Prince Turki bin Faisal, the kingdom’s former intelligence chief, has been trying to convince US officials to renegotiate the nuclear deal and more decisively counter Iran’s assertive agenda in the region. Oman and Qatar, which supported a peaceful settlement to the standoff over Iran’s nuclear program from an early stage in the negotiations, have openly advocated that their fellow GCC members and Western allies engage Tehran in a dialogue while exploring opportunities to deepen trade relations and incorporating Iran into the Gulf’s regional security landscape as a full-fledged partner in initiatives to counter the Islamic State and other threats. As key US allies and hosts of US military installations, Trump must take the interests of Muscat and Doha vis-à-vis Iran into consideration.

Trump’s rhetoric against the nuclear deal could impact the domestic political environment in Iran by strengthening “principalists,” who have criticized President Hassan Rouhani for trusting the United States enough to sign the JCPOA. As such factions in the Islamic Republic have their own interests in reversing the partial thaw in Washington-Tehran relations, how will Trump’s triumph shape Rouhani’s political future? In order to secure a second term in office, Iran’s president must convince the Iranian people that the JCPOA serves his country’s interests.

Since many Iranians are deeply disappointed with the JCPOA, maintaining that it has failed to deliver to them the economic benefits that Tehran’s “pragmatists” had promised, moves on the part of the Trump administration to slow down the deal’s implementation could prove politically costly to Rouhani. If the Islamic Revolutionary Guard Corps (IRGC) can capitalize on Trump’s win and persuade Iran’s clerics to provide them greater support, foreign investment in Iran could suffer and undermine Rouhani’s efforts to grow the economy. Does Trump wish to help usher into office in Tehran hardliners with the most to gain from greater limitations on foreign competition in Iran’s economy?

Unlike the IRGC, the Kremlin has a vested interest in maintaining the JCPOA to ensure that the Middle East’s balance of power does not shift against Iran as Moscow and Tehran have much common cause in the region and continue working with unprecedented cooperation to advance their shared interests, most importantly in Syria. As long as Bashar al-Assad’s government in Syria remains in a bloody war with forces seeking its destruction, Russian President Vladimir Putin will probably use his leverage to pressure Trump to soften his tone toward Iran and the JCPOA. Given that Trump has vowed to improve Washington-Moscow relations and partner with the Kremlin more closely to fight extremists in Syria, the real-estate tycoon must factor in Russia’s interests.

Ultimately, Trump’s mandate has little, if anything, to do with a more hardline stance against Iran. In the Middle East, it has much more to do with fighting Sunni extremists, which, rhetoric aside, would create more US-Iran alignment. The next US president will need to work with a security and defense establishment opposed to unravelling the internationally-backed nuclear deal, especially if Washington’s close allies continue to find Iran complying with its terms. Although Trump will likely retard the JCPOA’s implementation and be more aggressive toward Iran in other areas, it does not appear that the New York mogul’s presidency will sound the death knell for the nuclear deal. There are simply too many centrifugal forces in Washington and overseas working in favor of the JCPOA and not against the watershed agreement.

Giorgio Cafiero is the CEO of Gulf State Analytics (@GulfStateAnalyt). Daniel Wagner is the Managing Director of Risk Cooperative (@RiskCoop) and co-author of the new book “Global Risk Agility and Decision Making.”

Image: Iranian President Hassan Rouhani addressed the 71st United Nations General Assembly in Manhattan, New York, on September 22. Any future attempt by US President-elect Donald Trump to slow down the implementation of the nuclear deal with Iran could prove politically costly to Rouhani. (Reuters/Carlo Allegri)