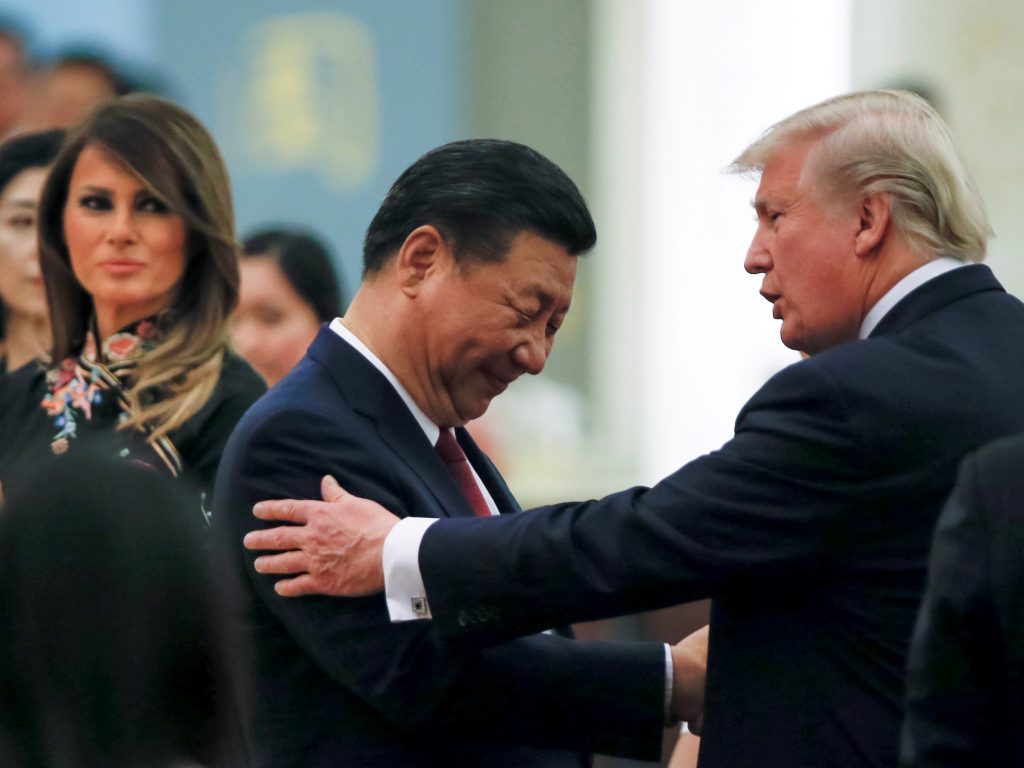 US President Donald J. Trump and Chinese President Xi Jinping may agree to a temporary ceasefire in their ongoing trade war when they meet in Osaka, Japan, on June 29, but a full trade deal is unlikely, according to Bart Oosterveld, C. Boyden Gray fellow on global finance and growth and director of the Atlantic Council’s Global Business and Economics Program.

“Even the best-case scenario” for the two leaders’ meeting at the G20 Leaders’ Summit in Japan “is far from the substantial trade deal including structural changes that the two sides had been trying to negotiate,” Oosterveld argued.

The trade war saw a brief truce after a meeting between Trump and Xi at the last G20 Leaders’ Summit in Argentina on December 1, 2018, when both leaders agreed to pause further tariffs to allow time for negotiations.

The United States and China were reportedly close to a deal in April. That was until Chinese officials sent what US officials described as a significantly revised version of the draft agreement. Washington accused Beijing of reneging on the terms of the deal and the prospects of a breakthrough fizzled. China blamed the United States for the failure.

After months of negotiations failed to produce results, Trump announced on May 5 that the United States would be increasing tariffs on $200 billion of Chinese goods from 10 percent to 25 percent and suggested that more untaxed goods could also be hit. On May 14, the US Trade Representative’s office listed $300 billion worth of Chinese goods (covering almost all of China’s exports to the United States) that could be hit with new tariffs.

Trump and Xi could be looking for another G20 breakthrough when they meet on June 29. A report from Bloomberg suggests that US officials are already discussing whether to drop the $300 billion tariff threat to allow another period of negotiations, should Trump and Xi agree on a truce in Osaka. Marie Kasperek, deputy director of the Atlantic Council’s Global Business and Economics Program, said that the June 24 phone call between Chinese Vice Premier Liu He, US Trade Representative Robert Lighthizer, and US Treasury Secretary Steven Mnuchin indicates “a potential wish to de-escalate tensions ahead of the Xi-Trump meeting.” Kasperek suggested that a ceasefire could include Chinese commitments to buy more US agricultural products, a concession China has shown a willingness to make before.

The Trump administration would be incentivized to agree to a truce with Beijing to buy it more time to consider its tariffs strategy, Kasperek added. Hitting the pause button would also allow Trump to focus on an immigration deal with Mexico and ratification of the US-Mexico-Canada Agreement on trade, as well as further study the potential domestic effects of the proposed $300 billion China tariffs, she said.

A delay could also help Trump politically, Kasperek said, as “pushing a decision on China further into the reelection cycle will give [the US president] time to decide which scenario [trade deal or tariffs] would be more beneficial for his reelection.”

The best-case scenario for the meeting, Kasperek and Oosterveld agreed, would be a similar outcome to Trump’s July 2018 meeting with European Commission President Jean-Claude Juncker in which both sides claimed a substantial agreement that led to new talks. This outcome would mean “publicity over substance,” Kasperek said, but could include “small wins in the form of reaping low-hanging fruit, such as pork or soybeans.”

The potential that both sides could announce a potential “deal” of this sort was foreshadowed by comments from Mnuchin on June 26. “We were about 90 percent of the way there,” with China on a new deal, Mnuchin said. “I think there’s a path to complete this,” he added.

Oosterveld cautioned, however, that any potential deal would be far from an actual free trade agreement that addressed US concerns about Chinese technology transfer, intellectual property theft, or subsidies. “It takes years to negotiate a comprehensive trade deal that addresses structural changes, not weeks—even if the Damocles’ sword of tariffs looms over you,” he said.

There is also the real possibility that Trump decides to levy the new tariffs anyway, according to Oosterveld. “Trump is in no rush and is comfortable with any outcome as he feels reassured by economic conditions at home,” Oosterveld said, as a resilient stock market, low unemployment, and a strong dollar mean that the economic pain of the China tariffs has not been felt by US consumers yet.

Calling into the Fox Business Channel on June 26, Trump said that he was “absolutely” happy with the way things currently stood, assuring that Beijing “want[s] to make a deal more than I do.”

Oosterveld warned that trade is just one of the many sources of tension between Washington and Beijing and success at Osaka—even if temporary—could quickly be overshadowed by continued conflict.