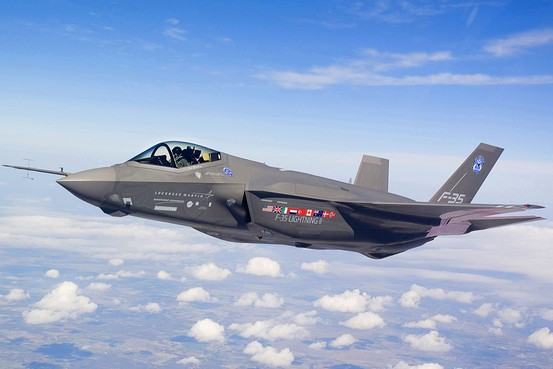 The future of the F-35 for the Royal Canadian Air Force is now in doubt. After years of stubborn, contradictory insistence that Canada had not made a decision but that the F-35 was the only choice, it seems to be the case that the mounting costs overwhelmed whatever virtues the Joint Strike Fighter had for the Canadian government. The current situation reflects a few basic truths about Canadian procurement and defense policy, some of which apply to other allies as well.

First, the Canadian procurement system is systematically flawed. This is not the first procurement process that has gone awry. While some criticize the American government for having too many people working on procurement issues, it is pretty clear that Canada has too few, who are now overburdened by the effort to re-build the Royal Canadian Navy and other efforts while also planning for the next generation of fighters. When I moved to Canada ten years ago, I quickly became aware of previous procurement problems, which ultimately led to the Canadian Forces arriving in Kandahar without any helicopters. They improvised via leasing and other processes to get the helicopters they needed, but then found themselves chided by the Auditor General for violating the rules.

Second, the current Canadian government has consistently been contradictory about this plane—that it was part of the Canadian First Defense Strategy even though the F-35 really makes the most sense in a NATO context, not for Arctic Sovereignty. The Harper government has focused its defense positions on a nationalist stance of defending the Arctic, but the F-35 is a short-range, single engine aircraft, raising concerns about flying over the huge but largely barren Canadian north. The F-35 with its stealth capabilities and expensive inter-operable communications package is very explicitly designed to be used in multilateral military operations—specifically NATO ones. So, the Harper government always had a problem trying to sell the plane to the Canadian public because its basic stance and the plane’s design were a mismatch.

Third, procurement in the 21st century faces a huge problem of squaring the quantity/quality problem. The spiraling costs of the most advanced weapons systems means that countries can choose to buy only a very few pieces and perhaps not use them very often. The costs of the F-35 were supposed to be mitigated by the economies of scale of having the same plane purchased by the US Air Force, the US Marines, the US Navy, the United Kingdom, Australia, Japan, Norway, Denmark, and others. However, the costs of the plane have increased so much that these expected savings are not really panning out. Moreover, it became increasingly clear that the plane would be dramatically more expensive to operate than previous generation fighters. The maintenance costs of the other stealth planes are much more than the costs of running CF-18s, making it likely that future governments would have to limit flight time and training or else spend large amounts of money.

Fourth, the F-35 reveals some of the contradictions of NATO’s Smart Defense initiative.  Smart Defense includes two strategies for dealing with procurement in the 21st century: co-production and specialization. The F35 is the exemplar of co-production—joint production was supposed to save money. However, it also meant that much of NATO was going to buy the same plane—which meant a lack of specialization. Does Canada need a plane designed to penetrate air defenses? Does one third of NATO need such a capability?

Canada is not alone in facing these quandaries. Every country that has planned to buy the F-35, including the United States, is facing difficult decisions as fiscal crises have meant that future budgets need to be cut. With a plane becoming increasingly expensive, cutting a new weapons system becomes more and more attractive.  Moreover, the economies of scale work in reverse. While the apparent savings did not materialize, it is clear that as countries drop out from the F-35 program, the plane becomes more expensive for those who remain behind.

To be clear, the Canadian government has not yet made a decision, forming a new panel to replace the various other panels/decision processes to evaluate the possibilities and make recommendations. It does seem clear that the new cost estimates make the F-35 not just unappealing but an impossible choice for Canada. We do not know what the new choice will be, but we can be certain that there will be significant controversy in Ottawa and beyond as a result of Canada’s new outlook.

Stephen M. Saideman is the Paterson Chair in International Affairs at Carleton University.