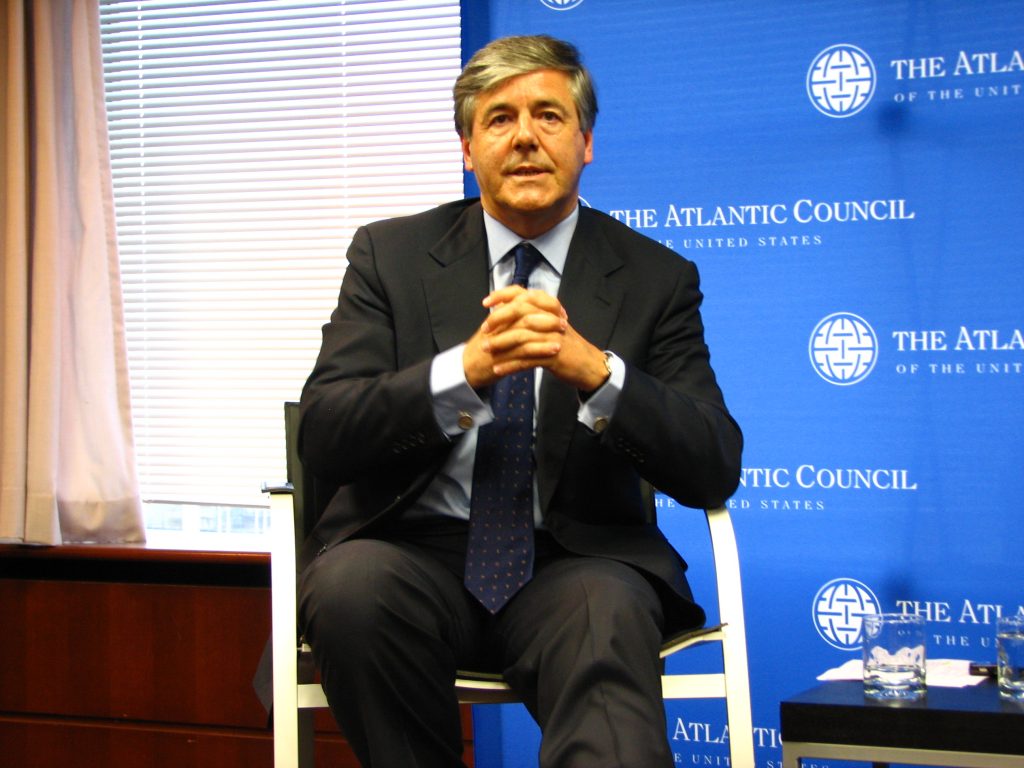 Dr. Josef Ackermann, the chairman of Deutche Bank, told the Atlantic Council that the current financial crisis is a “watershed event” that may “reshape our political system.”  He warned that, “Globalization is not a natural force.  It is man-made and can be undone with our own hands.”

As General Brent Scowcroft noted in introducing him, Ackermann has just been reappointed at a time when most financial sector executives are “dropping like flies.”  That he still has the confidence of his board is a strong indicator that he should be listened to on these matters.

He believes we are in a situation with which we have “little or no experience or precedence.” He notes that, “For years we talked about crisis prevention and crisis management in emerging economies; we never talked about these things for the industrialized world and would never have dared to reference the United States in such a context.”

Businessmen and regulatory experts alike foresaw the real estate bubble, the risks in subprime lending , and other issues at least as early as 2007 but we assumed “we would muddle through” and that risks were balanced.  We’re now in a “crisis of trust” between banks, clients, and rating agencies and other institutions.

The result of this is that the public has demanded government action and the business community is willing to accept much more involvement than they would under ordinary circumstances.  Government is therefore back in role they relinquished in 1980s with the Reagan-Thatcher consensus.

Ackermann argues we shouldn’t allow this to become entrenched.  He recognizes that there is no alternative to goverment’s stepping in but believes it should be “targeted and temporary.”   We “need better rules and stronger institutions” but government’s role should be as a referee, not a manager of the economy.

He believes there is a stong consensus on many of the steps needed, noting that recent reports from major economic bodies were “very much in sync.”  Mostly, we need greater harmonization of rules and enforcement.  There are major discrepancies between national and international rules and we must therefore “align them with the reality of the global economy.”

While realizing a backlash exists against highly paid CEOs, and bankers in particular, he asserted that the banks which lost the most money were “public sector banks” with “no real compensation” or those with unprofitable home market who had to take risky chances on what were revealed to be bad investments.

What Ackermann Thinks Likely to Happen

He fears politics will lead to a different outcome.  He recalls Nicolas Sarkozy’s assertion that the “all-powerful market that is always right is finished” and recognizes that a “new consensus” is emerging on the “balance between growth and equality.”  He thinks greater taxes, rules for executive compensation, and a “new tradeoff between creativity in financial markets and stability.”   He sees as willingness to forgo benefits for risk avoidance, perhaps even a “Glass-Steagall lite.”

While he understands the logic of “Too big to fail is too big,” he argues that diversified banks have generally performed much better; focused banks are too exposed to fluctuations in one region or one economic sector.

Regardless, he fears a “permanently higher role for the state.”   In such a world, less openness will take a toll in lower growth.  The global capitalism of last few years of 20th century are unlikely to return, noting that polls show a huge drop in support for global trade even in the USA and Germany.  While he always believed Francis Fukuyama’s “End of History” thesis was overstated, there was a liberal consensus.  Now, discussions about alternatives to capitalism will intensify.

Ackermann is undoubtedly right about the current political trendlines.  The public is in no mood to hear about the virtues of the free market at the moment and the calamity to which incredibly highly compensated executives led their firms will make arguments about rising cream and the ability of the markets to discern value ring hollow for some time.

Still, I believe the medium term outcome is much more likely to resemble Ackermann’s hopes than his fears.   The Great Depression of the 1930s ultimately led to the Bretton Woods accord in 1944 and the steady growth of globalization that followed for the next six decades.   The present crisis will eventually produce its own set of institutions to prevent its recurrence.

Globalization may have been man-made but its benefits have been enormous to mankind.  The public opinion polls indicate that the masses disagree, at least at the moment, but the elite consensus will almost certainly continue to dominate decisionmaking.

We live in a global world that is more interconnected and less controlable by nation-states than imaginable when Ronald Reagan took office.  Are we going to repeal the Internet? Satellite television?

Will we have higher taxes on the wealthy?  Sure.  They’re historically low now.  Will we ever see the 94 percent rates we saw during Franklin Roosevelt’s day — or even the 70 percent when Reagan took office?  Not likely. In the United States, the threat to allow a temporary cut of the top marginal rate from 39.6 percent to 35 percent to expire on schedule has inspired protest rallies across the country!

Like the economy, politics has cycles.  Regulations ebb and flow.  The tide is rising now and may for some time.  When we get to the point where a consensus emerges that we have overregulated the economy and stiffled growth — and we inevitably will — the tide will turn.   But only until it turns again.