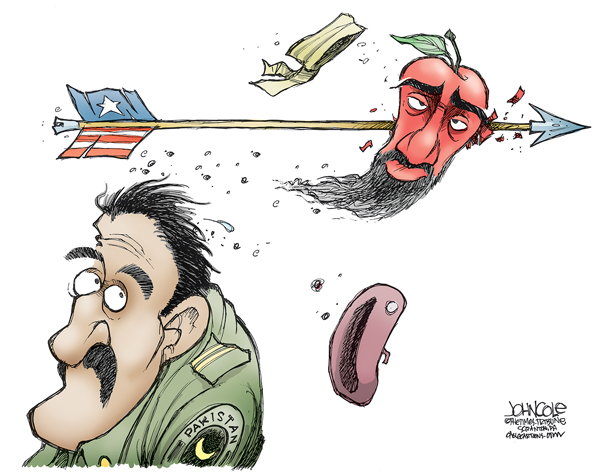 Cartoonist John Cole of the Scranton Times-Tribune offers this cartoon as commentary on yesterday’s big news .

His adds additional commentary at his blog:

Abottabad, the Pakistani city wherein justice finally caught up with Osama bin Laden, reportedly crawls with that country’s military. A major army base and military academy are located in the city of 100,000, which begs the question: How could our allies (ahem) NOT have known that the world’s most-wanted terrorist had been holed up in there relative comfort for a long period of time?

We’re asking ourselves the same question. via Taegan Goddard