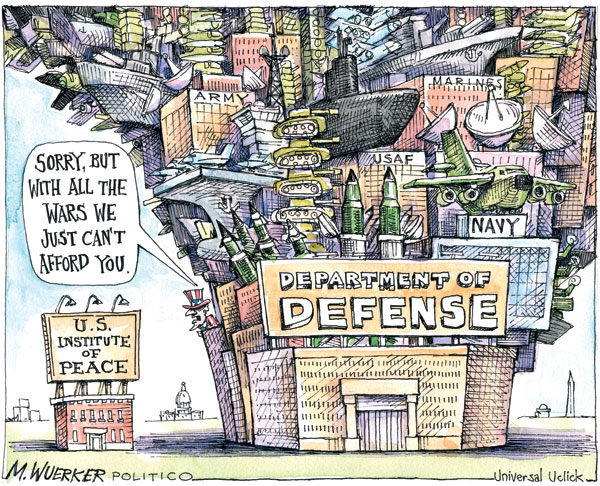 In the above cartoon, Politico‘s Matt Wuerker illustrates the funding disparity between the U.S. Department of Defense and the U.S. Institute of Peace.

Despite a budget of only $44 million, a small fraction of the costs of the Tomahawks fired by the U.S. in the first few hours of Operation Odyssey Dawn, there have been calls to eliminate USIP entirely.