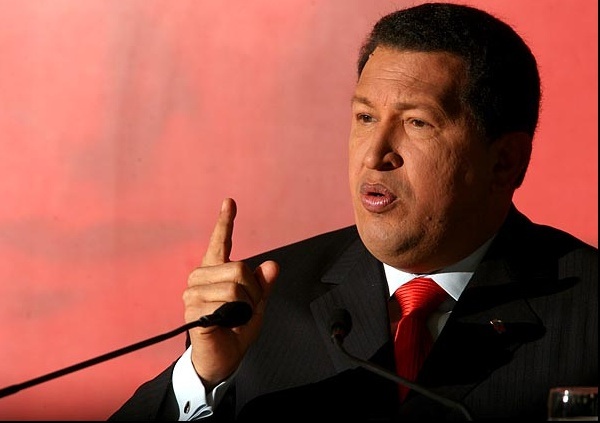 The law that marginalizes the new Venezuelan Parliament, which will be formed on January 5 2011, and enables Hugo Chávez to legislate unchecked for 18 months, together with other measures the current National Assembly is fast-tracking in the final days of its term, offers a revealing insight into Venezuela’s political climate. On the one hand, the Chavez elite transpires anxiety about its future. On the other hand, the greatest challenge of the opposition in consolidating as a real power alternative is to persevere in strengthening its political parties, while maintaining unity without losing control and steadfastness. All this in the context of economic maelstrom and social crisis.

Although the official justification for the decree powers is emergency management of recent floods, its duration and scope hide the intention to violate the basic rule of law and democratic principles. This became obvious during the outburst of Hugo Chavez at the opposition when the law was passed: “you will not be able to pass a single [law].” The National Assembly, the natural legislative body according to the Venezuelan Constitution, may delegate these competences temporarily to the President for him to issue decrees having the force of law. But wherever the rule of law exists, the delegation is valid only through a mandate, and the power of the current National Assembly expires on January 4. The scope of this delegation is tantamount to total relinquishment of National Assembly’s institutional powers. The law covers infrastructure, transport, public services, housing, regional regulation,development policy, the use of urban and rural land, finance and taxation, even law enforcement and legal protection, defence, international cooperation and the socio-economic system. The almost defunct National Assembly, in a display of zeal better suited for a more noble cause, is in a hurry to pass measures which in all likelihood will close the only TV channel critical of the regime, allow censorship of Facebook and Twitter, and curtail university independence and academic freedom.

Chávez has enough support in the next Parliament to pass any proposal except those needing reinforced majority, including the delegation of legislative powers. He has already progressively put in place a well-tested system to stifle all critical opinion in the majority of the media. Hence, the logical explanation for most of the measures is the tense edginess of Chavez and his cardinals and their attempts to provoke an aggressive reaction by the opposition. The truth of the matter is that Chavez’s nomenklatura – with the President in the lead – is ill at ease. A reflection of an autocratic regime shrouding itself in democratic garment, its uneasiness comes out as provocation.

This is the only explanation for the legislation depriving any deputy of his election certificate if he changes his political affiliation: Chavez fears defection from his ranks. Only this logic can explain another proposal by the pro-Chávez elite Deputies: to extend Presidential decree powers to two years – one year more than Chavez had asked for – which would have meant that next presidentialelections (scheduled for December 2012) would fall within the decree powers period.This unease is no doubt related to the failure of the Nuestroamericano “21st century Socialism” – the backbone of the Chavez party rhetoric. Failure of grand projects, from pharaohnic gas-pipeline infrastructure, or the idea of turning sucre into common currency – all of them have perished on paper – to the Alba Community whose only sign of existence, for the time being, is its foreseeable interference, depending on the ongoing negotiations, with long-term projects like Mercosur. Chile, Brazil or Mexico, with Social-Democratic governments of Lagos, Bachelet and Lula, or Liberal Conservatives like Calderón and Piñera, have all demonstrated the effectiveness of their economic and social policies. Meanwhile, Venezuela’s economic indicators bear witness to a disaster. Examples abound. Official inflation rate is over 30 per cent. The country has a doubtful privilege of being the odd-man-out (except Haiti) in the widespread growth in Latin-American economies. The  state-owned PDVSA has lost one third of oil production – an open secret still denied officially. All this reflects a society where the only winners are the members (more numerous with every passing day) of the socalled “Boligarchy,” living comfortable lives off the public purse. This privileged group includes highranking army officers who, nonetheless, do not show open support for the recent radicalisation measures taken by the regime. This leads to the conclusion that, as their peers in the rest of Latin America, Venezuela’s high-ranking military are making a realistic assessment of their future: they will not support a regime which might place them on the radar of international justice, making them de facto outcasts in a globalised world. Furthermore, from the social point of view, to the general impoverishment of Venezuelan society one must add an alarming increase in  people’s feeling of insecurity. This, coupled with the policy of expropriations and a crack-down on freedoms, already affects wide swathes of the population, and these effects will gradually increase.

All this notwithstanding, one needs to look for the main cause of Chavista’s nervousness in the opposition. After years of internal divisions and ill-judged proposals, it is now coming together, thanks to the gradual strengthening of parties and their unity, into a viable alternative to the government. The opposition won last September’s legislative elections by the number of votes, although this has not been translated into a proportional number of Deputies in the National Assembly because of a peculiar electoral system. That same National Assembly which the new law now aims to bypass. In other words, in addition to a solid core of Chavez supporters (one third of the population), the elections also demonstrated the existence of a no-less-solid (and numerically slightly greater) core of anti-Chavistas, plus approximately thirty per cent of non-voters. Better organization and presence by opposition parties, especially in the cities (the rural areas still represent a substantial challenge, as voting results have shown), a message of unity, the call for effective government to counter blatant mismanagement, an attitude of sober restraint – all stood in stark contrast to those drastic initiatives, general stoppages and large-scale demonstrations which had hindered voters in the past. This opposition strategy managed to mobilize a majority of voters who overcame the unspoken fear that permeates Venezuelan  society and went to polling booths in spite of the many threats and numerous enticing privileges attached to a vote for pro-Chávez elite candidates.

Examples of other transitions in the region (and overcoming Chavism is a true transition) are there. Although perseverance on the road to greater strength, unity, resolve and cool steadfastness is fraughtwith difficulties, it is nonetheless a necessary pre-condition for a consolidation of opposition forces as an alternative with real possibilities of winning the next presidential elections, even in the context of weakened – when not perverted – democratic institutions and curtailing of public freedoms which Chávez is so deplorably introducing in Venezuela.

Ana Palacio, an Atlantic Council Board member, is former foreign minister of Spain.  This column was originally pubished in Spanish by ABC; this is the exclusive English language publication.