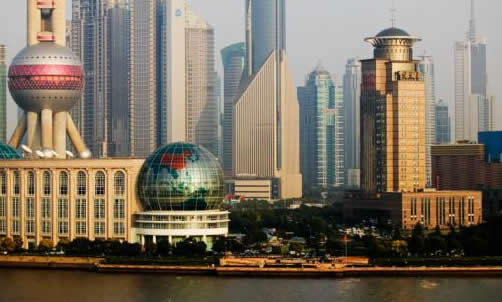 The inexorable growth of China’s GDP has now taken it past Japan and it now takes aim at surpassing that of the USA, whose economy is at present more than two and a half times bigger. It took China a little less than a decade to make a similar leap to overtake Japan.

But then Japan has hardly been growing from 1995 and its GDP has been roller coasting between $4-5 trillion. If the growth of economies were a horserace, this would be akin to passing a fast starter who has slowed down to a trot. Overtaking the USA will be much more difficult.  Still, one widely cited study has it happening by 2035.

China’s growth in past three decades is the miracle story of our times. To replicate it might be a tall order for a country like India which matches it in size and potential, but not yet in political and national will. But GDP alone does not make a nation wealthy. China’s current per capita income keeps it in the company of countries like Algeria and Albania. Even in 2050 when the Chinese GDP will be much bigger than that of the US, its per capita income will still be less than a fifth America’s.
If India keeps growing at the present rate of about 9%, its GDP will surpass that of China by 2045 and if India’s population peaks in 2050 at 1.6 billion, then in all likelihood so will its per capita income, now about one third of China’s.

But what does this imply for the world’s power structure?

True the world’s economic fulcrum will shift to Asia. But when you get down to the basics, power is more a relation of the money available to a government than its GDP. This simply means the larger the revenues the greater the power at the disposal of a government. The US today has a Tax/GDP ratio of about 35, while China’s is less than half that. The ability to raise revenues is linked to the per capita income, income inequality, and tax compliance. Given this, the ability of countries like India and China to squeeze more out of their people and squeeze greater effort is limited.

By 2050, many of today’s major economies will be showing deep declines in population. Japan, Russia and most of Western Europe will lose huge numbers. Russia’s population will decline by as much as 40-50 million or a third of what it is now. As China’s population starts flattening its dependency ratio – that is the number of people, young and old, who need to be supported by the families or society – will start rising. China’s dependency ratio will be 64 as opposed to India’s 48.