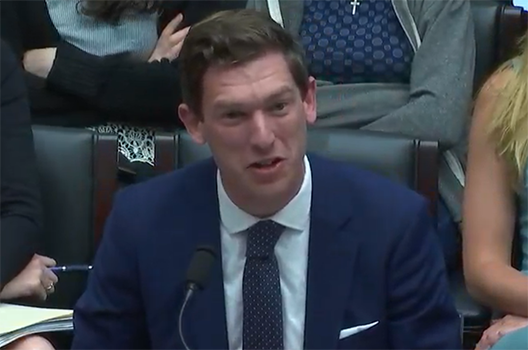 As Washington looks to punish Moscow for its invasion of Ukraine, support for Bashar al-Assad in Syria, and interference in the 2016 US elections, economic sanctions can be a useful tool, but they must fit into a coherent US strategy in order to be effective, Atlantic Council experts told US lawmakers on May 15.

“Sanctions can be a useful, precise, and effective tool of US foreign policy, so long as they are treated as a tool to implement a clear policy and a thought-out strategy,” David Mortlock, a nonresident senior fellow in the Atlantic Council’s Global Energy Center explained.

Sanctions are most effective, Mortlock argued, when they are implemented “with a clear and articulated policy goal. Economic pain in itself is not a US foreign interest.” He pointed to the use of targeted sanctions on Iran before the implementation of the 2015 nuclear deal—known as the Joint Comprehensive Plan of Action (JCPOA)—as evidence of the successful pairing of sanctions to specific desired outcomes. “This approach worked [as] Iran took steps to dismantle its nuclear program, in response to relief from very specific nuclear-related sanctions, while the United States maintained other sanctions linked explicitly to terrorism and human rights abuses,” Mortlock explained.

US President Donald J. Trump’s decision to withdraw from the JCPOA last year and subsequently reimpose sanctions on Tehran, however, has created “an all-or-nothing approach, hoping for capitulation of the Iranian regime, something economic sanctions have never produced. Instead of a diplomatic resolution, the sanctions are more likely to produce a spiral of worsening aggression,” Mortlock argued. On May 8, Iran announced that it would stop complying with some provisions of the JCPOA in response to the re-imposition of US sanctions, a move that has spurred wider concern about potential confrontation between the United States and Iran.

Michael Carpenter, senior director of the Penn Biden Center for Diplomacy and Global Engagement and a senior fellow in the Atlantic Council’s Eurasia Center, added that this principle also applies to US sanctions against Russian behavior. “It’s also important that future sanctions be tied to one or two specific behaviors we would like to see changed—for example, the verifiable withdrawal of Russian troops from Ukraine and a stop to its interference in our democratic process,” he said. “If we add on too many additional reasons or sanction Russia for past behavior that can’t be changed, we greatly diminish the likelihood that Moscow will change its behavior.”

Mortlock and Carpenter testified to the US House of Representatives’ Financial Services Committee’s Subcommittee on National Security, International Development and Monetary Policy. They testified on “Assessing the Use of Sanctions in Addressing National Security and Foreign Policy Challenges.”

In the specific case of Russia, Carpenter maintained sanctions need to be made to impact the whole of the Russian economy, not just select individuals. “In most cases, the reason our sanctions fail is because we tend to conflate impactful measures with symbolic ones,” he explained, pointing to the example of select oligarchs or allies of Russian President Vladimir Putin who have been hit with asset freezes and other financial restrictions. “We kid ourselves when we think we can have an impact on Kremlin decision making by surgically targeting this or that oligarch or government official,” Carpenter said.

Instead, the United States should consider imposing “blocking” sanctions on Russia as a whole, according to Carpenter. This would entail “complete restrictions on all financial transactions on select Russian banks.” While Carpenter stressed that “it would be far better to have our European allies along with us” for these sanctions, their effectiveness would not depend on joint action by the European Union as “most Russian banks have extensive exposure to US financial markets… At the end of the day, this is something the United States could do alone if we had to.”

Both Mortlock and Carpenter argued that sanctions have been made less useful by the Trump administration’s inconsistent policy toward targeted countries. While Trump deserves “credit for successfully corralling the world to impose tough sanctions on North Korea,” Mortlock said, “sanctions have been undermined by a moving target on policy and the president’s effusive praise for Chairman Kim, giving China, Russia, and South Korea an excuse to ease pressure, reducing our leverage and expanding North Korea’s resources.”

“Strong US sanctions measures for Russia,” Mortlock continued, “have been undermined by the [US] president’s public subservience to Vladimir Putin.” Trump’s hesitance to openly criticize Putin and diplomatic overtures to the Kremlin including US Secretary of State Mike Pompeo’s recent visit to Russia and plans for Putin and Trump to meet again during the Group of Twenty (G20) meeting in June diminish the effectiveness of sanctions in actually changing the Kremlin’s actions, Mortlock said. “The sanctions are unlikely to compel a change in Russian behavior when that behavior is minimized and dismissed by the [US] president,” Mortlock argued.

Carpenter added that the dissonance comes not only from Washington, but also allied European capitals, as Berlin continues to support the Nord Stream 2 pipeline and French President Emmanuel Macron visited St. Petersburg last May. “We can’t expect sanctions to work if we provide the Kremlin with such mixed messaging,” Carpenter said.

While US sanctions policy can certainly be improved, Carpenter maintained that they remain a valuable tool for Washington to meaningfully pressure potential adversaries and bad actors. “It is true that sanctions are not a silver bullet, but when imposed at the right strength and combined with other policy levers, they offer the United States a unique ability to apply asymmetric leverage against our adversaries,” he said, adding that “this is particularly important when military options are off the table and when diplomacy alone is insufficient to compel our adversaries to change course.”