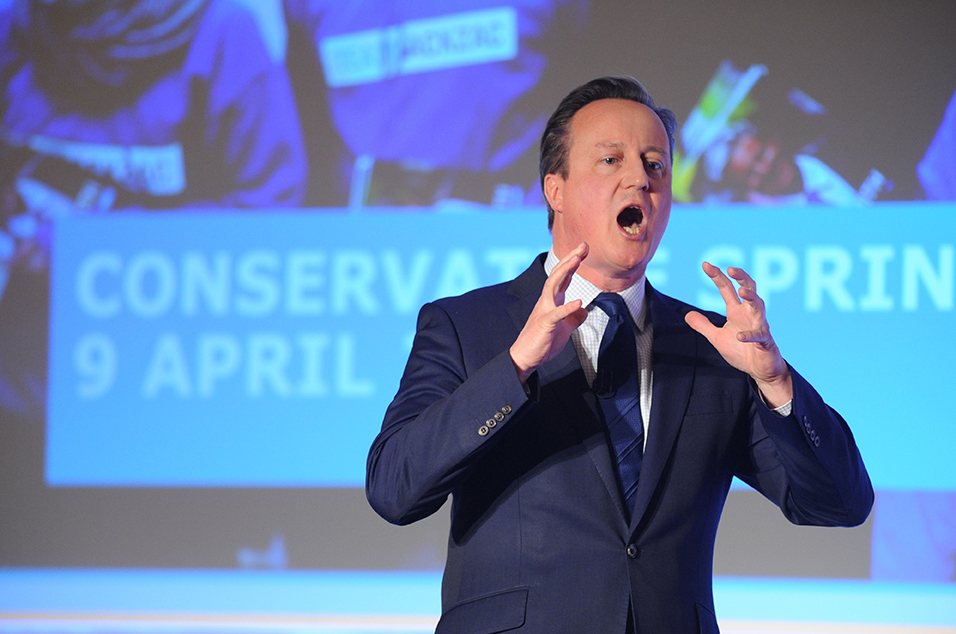 David Cameron is in danger of going down in history as the most disastrous British Prime Minister since Lord North lost the thirteen colonies in the American War of Independence more than 200 years ago. This is not because of his policies on austerity, welfare reform or foreign affairs, but simply because of the constitutional fallout should he lose the referendum on June 23 on continued British membership of the European Union.

For if Britain voted to leave the EU—or Brexit as it is commonly termed—in all probability it would not only cost Cameron his job, but also initiate an irrevocable process towards Scottish independence and the breakup of the United Kingdom.

Cameron’s chances of winning the referendum and preventing a Brexit have diminished sharply as a result of his own personal problems in responding to questions concerning his own finances stemming from the leak of documents at the Panama-based Mossack Fonseca law firm. In essence, Cameron does not seem to have done anything remotely illegal in handling his personal finances and family inheritance, but he is suffering because it took a week to drag out from him a full accounting of just how he had benefitted from the Panama-registered Blairmore Investment Trust, a fund set up by his father in an offshore tax haven.

Because Cameron is leading the campaign for the United Kingdom to stay in the European Union, anything that weakens him weakens the campaign. Moreover, even before the Panama revelations, he was leading a divided party with close to half of the 330 Conservative Members of Parliament considered to be either outright advocates of the United Kingdom’s withdrawal from the EU or at least sceptical of continued British membership (as for the party membership and particularly party activists, they are overwhelmingly anti-EU). Now, with Cameron setting a precedent for British politicians in disclosing his tax returns, he is putting other MPs under pressure to disclose their own finances, which many of them may not appreciate.

How does this impact on Brexit? The answer lies in the assumption that if Cameron loses the vote, or even if he only secures a narrow victory, he will be forced by his own party members to resign as Prime Minister. And with a new leader, particularly in the event of a Brexit, there may well be a diminished focus on personal finances.

With ten weeks to go before the referendum, opinion polls remain split on the outcome. But the Brexit campaigners have been far more lively, and with the Conservative Party becoming ever more fractious, the ability of Cameron to run a coherent campaign to secure a popular vote in favor of staying becomes increasingly questionable.

Cameron did not do himself any favors when he sought to deflect attention from his own finances by announcing the publication of a government document—which cost £9 million to produce—outlining why the government thought it made sense for the United Kingdom to stay within the EU. This provoked a storm of protest from those in favor of a Brexit arguing that it was unfair for the government to use public funds to support its case in advance of the official launch of the referendum campaign, which only started a few days later.

The tightness of the referendum contest makes it reasonable to consider the consequences for the unity of the United Kingdom should the Brexit campaign triumph (and it is a mark of the “Remain” campaign’s weakness that so far there is no “Remain” counterpart slogan to the simplicity of “Brexit”).

It is almost certain that voters in Scotland will endorse continued membership of the EU, regardless of how the rest of the United Kingdom votes. This raises the question that if the United Kingdom as a whole were to vote for Brexit, would the devolved Scottish government in Edinburgh, which is run by the ardent nationalists of the Scottish National Party, be prepared to accept a future for Scotland outside the EU?

Almost certainly the Scottish government would demand a second referendum on Scottish independence. And this time it would certainly secure increased support from opposition Labour, Liberal Democrat, and even Conservative voters in Scotland, and perhaps even from some party leaders as well.

If Scotland were to vote for independence, this would of course cause massive administrative chaos in Brussels and London, as well as in Edinburgh, with simultaneous negotiations required to tackle Britain’s exit from Europe and replacement trade agreements with the EU and EU member states; Scotland’s exit from the United Kingdom and replacement trade and security agreements; and Scottish negotiations with the European Commission to ensure either ongoing Scottish membership of the EU or some complex formula under which Scotland would have to apply for membership as a new state.

And if Scotland were to leave the United Kingdom, then what kind of a United Kingdom would be left? Would Wales be next in line for independence? At present, there is little appetite for outright independence throughout the principality. In the long run, Scottish independence might well change attitudes. But even in the short run there could be a change of mood. Wales’ biggest industrial complex, the Port Talbot Steelworks, is due to be sold off by India’s giant Tata Steel conglomerate. There are moves to rescue the plant, with the government promising to “co-invest” if a buyer can be found. But these are tough times with massive overcapacity in the steel industry. And if there is no rescue, and the plant closes down, then anger at a closure expected to lead directly and indirectly to the loss of 40,000 jobs would be largely directed at London.

So if there is a vote for Brexit, might it be only a few more years before the United Kingdom was either confined to a weird union of England and Northern Ireland, or formally dissolved altogether? And would a state called England then have to fight its corner to retain the United Kingdom’s seat as one of the five permanent members of the United Nations Security Council? Other powers with an eye on permanent status in the Security Council, such as India, Brazil, and South Africa, might not consider Russia’s succession to Soviet permanent membership as an acceptable precedent.

These are all hypotheticals, but they are no longer beyond the realms of possibility and, indeed, should the very real possibility of Brexit come about, then Scottish independence would become a probability.

Cameron agreed to a vote on continued British membership of the European Union in 2012 in order to appease anti-EU rebels in his own Conservative Party. By running an increasingly erratic campaign in support of EU membership, he stands in danger of not only losing the United Kingdom’s place in Europe, but also Scotland and possibly the entire United Kingdom and its permanent seat at the United Nations Security Council.

After Lord North presided over the loss of the thirteen colonies, the United Kingdom went on to gain a new world empire. This time around, it is not the loss of empire or even a shrunken future on the world stage that is really at stake, but the unity of the United Kingdom of Great Britain and Northern Ireland. If that goes, Cameron would bear the lion’s share of the blame.