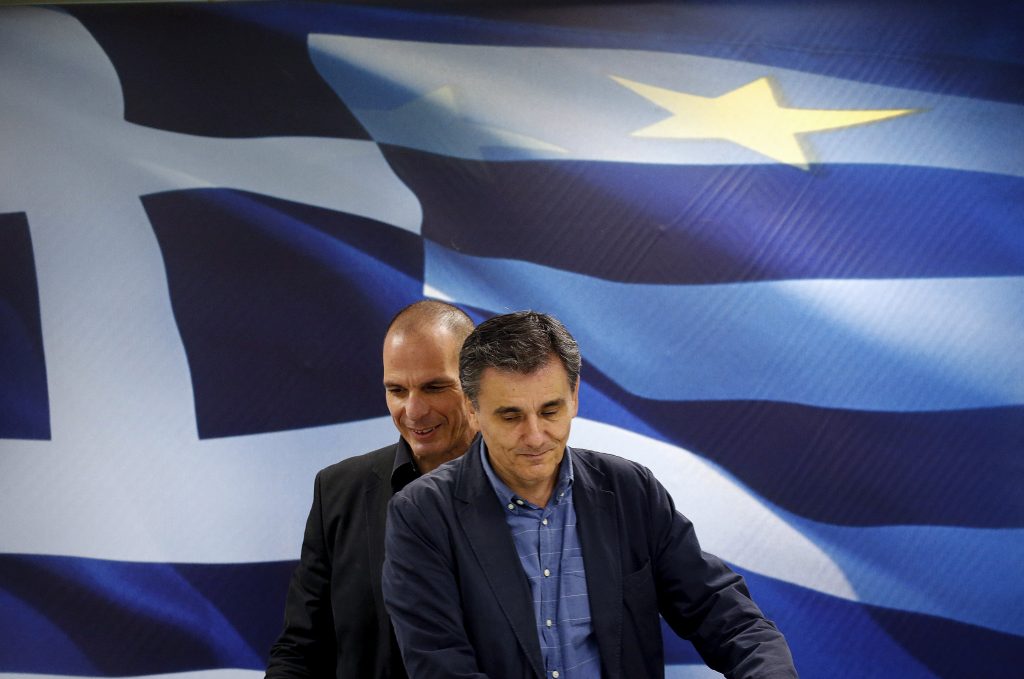 Europe will be weakened by a financial aid deal with Greece that is seen to be solely on Athens’ terms, says the Atlantic Council’s Andrea Montanino.

Greek banks are on the verge of running out of cash and the European Central Bank (ECB) decided not to expand an emergency assistance program, raising fears of imminent bankruptcy for Greece.

Greek Prime Minister Alexis Tsipras failed to present a new Greek proposal for an aid deal with creditors at an emergency Eurozone summit in Brussels July 7. The European leaders gave Greece until July 12 to avoid bakruptcy.

“If a deal is seen as fair to all European citizens, it will reinforce Europe because it will demonstrate to the world that Europe can maintain its rule-based system when dealing with a crisis,” said Montanino, Director, Global Business and Economics Program at the Atlantic Council.

“But if it is seen as a victory for Greece alone, it will weaken Europe,” he added.

Tsipras won a resounding victory July 5 when 61 percent of Greeks voted “no” to European austerity demands. He has said that outcome will strengthen his negotiating position with creditors.

Montanino, a former Executive Director of the IMF, believes the opposite is true.

“Tsipras’ position in terms of negotiations is now weak because he cannot do anything different from what his people have said, which is basically refuse austerity measures. That is not something the creditors will accept,” he added.

Meanwhile, Greece’s outspoken Finance Minister Yanis Varoufakis resigned July 6. “I was made aware of a certain preference by some Eurogroup participants, and assorted ‘partners,’ for my … ‘absence’ from its meetings; an idea that the Prime Minister judged to be potentially helpful to him in reaching an agreement,” Varoufakis wrote in a blog post.

The Greek government’s policies are unlikely to be altered by this change of guard, said Montanino. “In fact, it may be even more radical,” he added.

Andrea Montanino spoke in an interview with the New Atlanticist’s Ashish Kumar Sen. Here are excerpts of that interview:

Q: What does the “no” vote mean for Greece?

Montanino: I was surprised that a “no” came out because it was a no with no other alternatives on the table. It was a refusal of the creditors’ proposal.

Greece is now in a very difficult situation because it has to put forward a new proposal, literally overnight, that should be a credible and can be accepted by the creditors.

Q: Prime Minister Alexis Tsipras had said that a “no” vote would strengthen his negotiating position with the creditors. Do you believe it has done that?

Tsipras’ position in terms of negotiations is now weak because he cannot do anything different from what his people have said, which is basically refuse austerity measures. That is not something the creditors will accept.

Q: So the “no” vote has in fact limited Tsipras’ negotiating options?

Montanino: It has limited his options because he cannot negotiate a fair agreement that will satisfy the creditors. He has to now put forward a top-line proposal. I imagine that he will explicitly ask for debt relief. I think the Europeans understand that this is inevitable, but they will still ask for pension reforms, higher taxes, and very strong and tough structural reforms, which I don’t think Tsipras will put on the table.

Q: What are the wider implications of this vote on the European project?

Montanino: It depends on the outcome of this negotiation. If a deal is seen as fair to all European citizens, it will reinforce Europe because it will demonstrate to the world that Europe can maintain its rule-based system while coping with a crisis. But if it is seen as a victory for Greece alone, it will weaken Europe.

Q: What is the likelihood of Greece being ejected from the Eurozone?

Montanino: What can happen is that Greek banks will run out of money and be forced to print new currency and this will, in practice, mean being out of the Eurozone. No one will pull Greece out of the Eurozone. It will be the consequence of a shortage of liquidity into the Greek banks and this can happen very soon, probably within the next few weeks.

Q: How likely is it that Greece will remain part of the EU? How would a Grexit work?

Montanino: Greece can remain part of the European Union. There are many countries that are part of EU, but not part of the Eurozone. A natural option is that if there is no agreement and meanwhile liquidity ends the only thing the central bank of Greece can do is to print currency for internal payments, not for international payments. This currency would be recognized within the country.

Q: What are your expectations of Greece’s next meeting with its creditors?

Montanino: I expect that Greece will come with a proposal that most of the Europeans will not accept. They will start negotiating. In that case it is important that the European Central Bank continue to allow emergency liquidity assistance because that is the only way to give time to the politicians to reach a deal.

Q: Is it likely that the creditors will let the Greek economy go into free-fall in the hope that this could bring about a change of government in Athens?

Montanino: I think it is a credible option because I am sure that the Europeans would prefer to negotiate with a different government rather than the Tsipras government. Clearly if it reaches that point Tsipras will call early elections. He can win. He won on Sunday, and he can win another time.

Montanino: It is a bit of both. For sure Varoufakis’ personality was an issue. When you go into these meetings you have to respect several rules. The way you discuss with your colleagues and the way you treat your colleagues is important. The friendships you create are important. This was a problem with Varoufakis. The new Finance Minister may not have this problem.

The kind of policy that the Greek government put forward with Varoufakis, I don’t think that will change with the new Finance Minister. In fact, it may be even more radical.