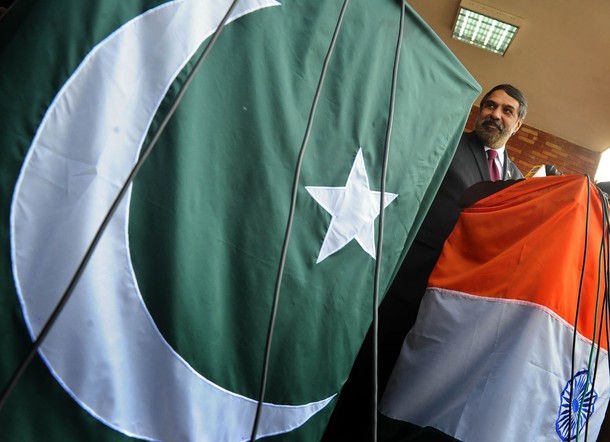 If the purpose of Track II diplomacy is for unofficial efforts to explore ways of addressing difficult problems, then a recent interaction in Bangkok organized by the University of Ottawa and the Atlantic Council lived up to that expectation.

The three-day meeting brought together former military officials and diplomats from Pakistan and India to discuss military confidence building measures (CBM), search for common ground and think of new approaches to enduring and emerging challenges.

True that some of the discussion echoed the familiar arguments of Track I diplomacy, especially on the Siachen dispute and the terrorism issue. But even when exchanging views about the concerns of their respective countries the participants engaged in a serious conversation, listening to the other’s view rather than dismissing it. The deliberations were cordial and constructive about the role CBMs can play in evolving the military-to-military relationship between Pakistan and India.

The experience of the two countries in developing and implementing CBMs is limited but important. Both political and military CBMs aim in the India-Pakistan context to a) be a placeholder for genuine entente based on the settlement of disputes and b) a building block to advance trust and confidence. But the paradox of CBMs is this: they are supposed to improve the environment, but need a conducive environment to work in the first place.

The Bangkok meeting grappled with this and other aspects of CBMs and considered what new ones could be recommended to the authorities on both sides. The discussion acknowledged that while there had been relative warming in Pakistan-India relations, suspicions about each other’s strategic intentions persisted and movement on contentious issues remained glacial. Both sides also found disappointing the December 2011 round of talks on conventional and nuclear CBMs.

But it was also agreed that some things were working better than expected on the ground. The ceasefire on the Line of Control has continued to hold. Pakistan’s calm handling of an Indian helicopter that recently strayed across the LOC into Pakistani territory provided another basis for optimism. But it was also apparent that many military CBMs were nearly two decades old and required up gradation. They also needed to be supplemented by a more comprehensive and coherent regime rather than be pursued randomly. New CBMs needed to reflect the significant changes that have been underway in the strategic environment.

The most productive part of the discussion took place on crisis-control and escalation-avoidance – on how, if a crisis broke out, should the two countries manage this and avoid slipping into an escalatory cycle.

There was broad agreement that the existing CBMs, being limited in scope and impact, offer little assurance in a crisis situation. Useful exchanges took place on whether the time has come for the two countries to consider CBMs that oblige them to forswear specific types of threatening or offensive military activity at the outbreak of crisis.

A regime of standard operating procedures was needed to avoid escalation in a crisis that might erupt due to a terrorist attack, a flare up of tensions from an unforeseen event or an inadvertent cross-border incident. Different factors could fuel escalation at a time of crisis. High-risk strategic postures added to the dangers of escalation and losing control over events under popular pressure.

Consensus emerged on the need for crisis-mitigation mechanisms. What these should encompass saw a lively debate. Several speakers emphasized that CBMs should meet the test of being practical and therefore acceptable to both sides but also be effective enough to provide what this scribe called ‘a long fuse’ in a crisis so that diplomacy could take over.

There was agreement that crisis stability between two nuclear states required the greatest attention especially as technological developments and enunciation of new doctrines had shortened the time available in a crisis for diplomacy to defuse tensions and avert conflict. This lent urgency to elaborating a framework for crisis management under which both countries could agree on steps to prevent a crisis from spinning out of control.

What the meeting agreed on was that an interlocking network of CBMs should be developed. This should involve a number of things: mutual political commitment that diplomacy be used at the outset of a crisis to defuse it; the military on both sides should initiate no offensive actions and adhere to existing CBMs; and future talks should aim at negotiating new CBMs more relevant to crisis situations.

There was wide acknowledgment that a relatively ‘new’ dimension that prevailed at a time of crisis was a public environment transformed by the advent of instant information, technological change and unprecedented transparency. This brought immediate pressure to bear on governments and compelled them to react in a shorter time frame.

In creating a political imperative to respond to public sentiment this acts as a factor for escalation even though prudence demands restraint. This too urged the need for agreed steps between the two countries to prevent public hysteria from building up. Easier said than done, in the view of many, but still a task that warranted consideration by both countries.

There was more discussion than agreement on the strategic implications of the increasing conventional military asymmetry between India and Pakistan resulting from modernization of India’s war fighting capabilities, forward deployment of additional assets, development of anti-ballistic missile capabilities and enunciation of what one participant called ‘proactive’ doctrines. These are undermining the strategic equilibrium and making the environment more unpredictable. Measures envisaged by Pakistan to respond to this will contribute to what a speaker called “high-risk postures”.

The meeting did not get into any detail about how this could be addressed other than to propose a CBM for the military establishments of the two countries to meet and discuss their respective doctrines. This in turn could help to frame measures that could build confidence in the nuclear and conventional fields.

Sessions on exploring military CBMs to help resolve the Siachen and Sir Creek disputes broke little new ground. On Siachen several speakers recalled how close the two countries came to a settlement some twenty-five years ago. But agreement has since been elusive even though, as many participants pointed out, the glacier and its surrounding regions have no military value and activities there are expensive and dangerous.

Much of the initial discussion on Siachen mirrored positions taken in Track 1 talks and turned on the sticking point of authentication, which Pakistani participants rejected as a pre-condition before disengagement. They emphasized demilitarization while the Indian side calling for authentication of present military positions before disengagement could take place. To bridge this divide an ‘integrated’ approach was proposed.

Without prejudice to the position of either side both countries would agree to withdraw from the conflict area laying down a clear package of stipulations. Cooperative monitoring of these would help assure transparency.

Less agreement was found in the session on terrorism with significant differences on how participants conceptualized the problem and the centrality they thought it should have in the Pakistan-India dialogue process. The Indian side characterized terrorism as the main problem between the two countries; Pakistani participants saw unresolved disputes as the core problem.

There were also clashing views on cross LOC ‘infiltration’ and on the Kashmir dispute. There was greater agreement on Sir Creek as many participants felt that for all its intricacies this issue was more ripe for a solution than other disputes.

The Bangkok meeting was a useful reminder of where movement in the vexed Pakistan-India military relationship might be possible and where better communication could help. But its main take away was that stabilizing the Pakistan-India relationship in a fraught strategic environment has to be pursued purposefully and creatively if another escalatory crisis is to be avoided.

Dr. Maleeha Lodhi is a former Pakistani Ambassador to the United States and special adviser to the Jang Group/GEO. This article originally appeared in The News International. Photo credit: Getty Images.