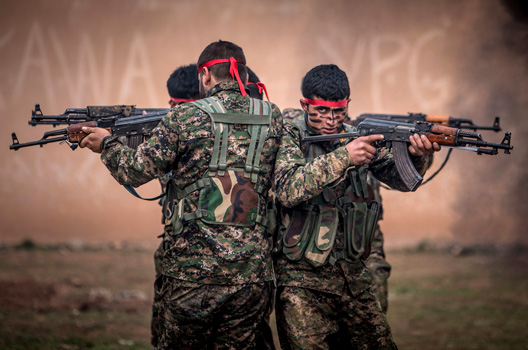 A White House conference on countering violent extremism will “reinforce international will to take on the difficult issues posed by radicalization,” according to the Atlantic Council’s Richard LeBaron.

The White House will host a Summit on Countering Violent Extremism on February 18 against a backdrop of recent terrorist attacks in Paris, Sydney, and Ottawa.

The summit also takes place at a time when the US and Europe are grappling with concerns that radicalized citizens returning from conflict zones in Syria and Iraq will carry out terrorist acts in the West. The terrorist attack in Paris in January, where the attackers had links to al Qaeda’s affiliate in Yemen, sharpened these concerns.

The conference in Washington will “highlight domestic and international efforts to prevent violent extremists and their supporters from radicalizing, recruiting, or inspiring individuals or groups in the United States and abroad to commit acts of violence,” the White House said.

Participants at the conference will include a broad range of foreign government officials and representatives from civil society and the private sector. They will identify ways to more effectively counter the violent extremism and explore the factors that drive such extremism with the goal of developing effective interventions to address these root causes.

The main goal is to “better understand, identify and prevent the cycle of radicalization to violence at home in the United States and abroad,” the White House said in a statement.

The conference should “encourage the somewhat prosaic task of simply cataloging what we know and what we don’t know about the process of countering violent extremism. In my experience, there are a lot of bad ideas about how to deal with radicalization, and precious few techniques that apply equally across different groups or locales,” said LeBaron, a Nonresident Senior Fellow at the Atlantic Council.

“Declaring war on terror or war on Islamic extremism or war on violent extremism is an ineffective tactic that permits us to somehow avoid a deeper examination of how precisely to deal with the actual threats,” he added.

In 2010, LeBaron was asked by then Secretary of State Hillary Rodham Clinton to set up the interagency Center for Strategic Counterterrorism Communications (CSCC). He was also deeply involved in counterterrorism matters in his career as a Foreign Service officer while serving in senior positions in Egypt, Israel, and Britain, as well as during his service as US Ambassador to Kuwait from 2007 to 2010.

LeBaron shared his thoughts in an interview with the New Atlanticist. Excerpts below:

Q: What do you expect from this summit on countering violent extremism?

LeBaron: The White House had originally conceived this meeting to discuss homegrown radicalization in the United States. After the attacks in Paris in January, they decided to broaden it into an international forum to discuss techniques for addressing radicalization with partners from around the world.

There will be some announcements of new approaches by the US, some building on the experience of CSCC. Some of our foreign partners, including some Arab states, will also announce some new structures to help deter people from becoming terrorists. For the most part, the meetings will reinforce international will to take on the difficult issues posed by radicalization.

Q: Do you expect to see some new approaches offered that could make a difference in the flow of young people into terrorist groups?

LeBaron: We’ll have to wait and see, but I do hope that the politicians and experts will not be seduced by anyone who offers easy solutions.  Especially since 9/11, our collective knowledge about radicalization has grown exponentially. We know that there is no single cause or explanation for the phenomena. We know that people with quite similar views and almost the same life experience will vary widely in terms of turning to violence. We also know that the numbers of people attracted to terrorism are by all measures quite small. There is no worldwide wave of support for terror, just the opposite.

Terrorism is not a condition. It is a tactic employed to attain objectives, normally political ends. While a lot of current terrorists are Muslims, they have no monopoly on the use of terror as a tactic. Nor does extreme poverty or deprivation or lack of education necessarily correlate well with the attraction to violence.  So we have to be real careful about avoiding generalities that fail to recognize the specific origins, objectives, and techniques of terrorist organizations and, even more precisely, when we talk about why any individual would decide to become an adherent.

I hope the summit will encourage the somewhat prosaic task of simply cataloging what we know and what we don’t know about the process of countering violent extremism. In my experience, there are a lot of bad ideas about how to deal with radicalization, and precious few techniques that apply equally across different groups or locales. For example, an Islamic State of Iraq and al-Sham [ISIS] fighter who started out as part of Saddam’s army is not going to have much in common with a second-generation immigrant from Belgium who joins ISIS’ ranks.

Q:  Do you think the West is, or should be, engaged in a broad ideological war against Islamic extremism? Some call it a war of ideas?

LeBaron: I think there is a conflict going on within Islam, as Muslims struggle to defend and define their collective identity in the face of savage outliers who have their own political agendas wrapped in warped interpretations of history.  Like all religious conflicts, those who care the most and get themselves organized best will prevail over time. But it would be a mistake to somehow place on the same intellectual battlefield the obscurantist notions of a small sub-group of Muslims with the deep and proven practices of openness and democracy that we in the US and many Muslims around the world hold dear. It’s not a serious fight. We are not in any danger of being overwhelmed by a powerful country or set of countries driven by an antagonistic ideology.  Thus labeling the terror threat a “third world war” is both profoundly incorrect and misleading.

Declaring war on terror or war on Islamic extremism or war on violent extremism is an ineffective tactic that permits us to somehow avoid a deeper examination of how precisely to deal with the actual threats. Just as ending gang violence in the United States or eliminating human trafficking are complex problems requiring thoughtful solutions, reducing the attraction to terrorist violence needs quiet sustained effort, not grand declarations of war.

Q: You led an effort in the US government to use communications tools to push back against terrorist groups’ propaganda. Did you succeed?

LeBaron: Only partially. I think we succeeded in contesting the communications space in which terrorist communicators operate. We spent a lot of time trying to be precise about the characteristics of our target audiences. We were focusing on a tiny group of people who are tempted to join terror groups. They live in an information bubble that values conspiracy and suspects traditional sources of information and authority. They may be seeking easy answers to deal with their own feelings of helplessness in the face of perceived attacks on members of their community. But, as I said earlier, it is very difficult to tell why one young man or woman turns to violence and another does not. Communications is just one of many tools needed to get in front of radicalization.

We should also not be unduly impressed by the much-vaunted communications and social media skills of terror groups and their sympathizers. To me, it’s at best patronizing and at worst racist to be so awed, as some observers have been, that a group of Arab terrorists possess rudimentary communications skills. We need to be aware that, somewhat like cable television news in the US, terrorists are mostly talking to themselves in the media, competing for influence and like-minded supporters, sorting out internal differences, and occasionally trying to intimidate and influence those who are attacking them. As ISIS so ably demonstrated in the last few weeks, their message can get lost in their savagery.

Image: Fighters of the Kurdish People's Protection Units (YPG) take part in military training exercises at a camp in Ras al-Ain, Syria, on February 13. Kurdish forces have been fighting Islamic State of Iraq and al-Sham (ISIS) militants in Syria. The White House will host a Summit on Countering Violent Extremism on February 18. (REUTERS/Rodi Said)