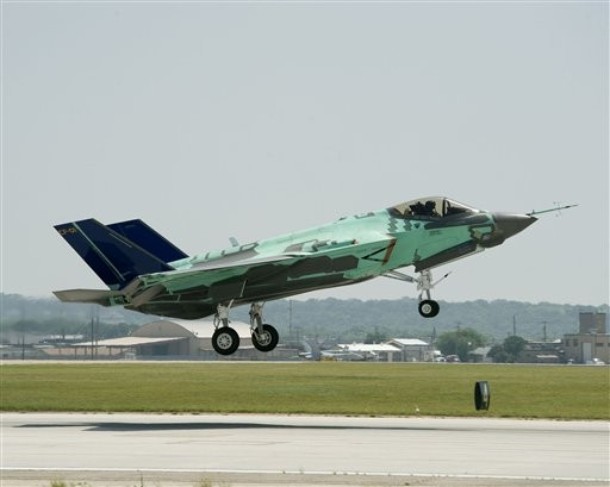 Senator Patrick Leahy (D-VT) is one of the most respected voices in Washington. Which is why it was so surprising to hear the Senator come out in support of a defense project that is opposed by the military, the secretary of defense, and by President Obama, as being expensive and unnecessary.

The project is a second, spare engine for the F-35, the military’s next generation jet fighter – a high technology weapon system that will be shared across the military, for a significant savings in defense costs.

The F-35 is powered by engines made by Pratt and Whitney. The spare engine would be made by General Electric and Britain’s Rolls Royce. GE has a plant in Rutland, [VT] which is where Senator Leahy announced his support a few days ago.

The case for the spare engine rests on two arguments. Since the F-35 program will span 25 years or more, a spare engine, its supporters say, would make sure there was competition for the life of the fighter. Making a spare engine would be kind of nipping at the heels of Pratt and Whitney to force the company to keep its costs in line.
The second argument is, what if something went wrong with the P&W engine and the entire fleet of F-35s was grounded. Shouldn’t there be an insurance policy to safeguard the nation’s defenses?

Well, as I see it, both arguments are fallacious.

The F-35’s engine was already selected in a competitive acquisition strategy, and a spare engine that was never in the original plan will need a further investment of billions of dollars before it becomes a viable insurance policy – if it ever does.  As for reliability, the F-35’s engine is built on the foundation of the engine that powers today’s F22 fighters, that have been in service for almost 20 years, an engine that has flown hundreds of thousands of hours, and is known for its rock-solid reliability.

We live in a time when health care costs for the military have mushroomed from $19 billion dollars to $50 billion dollars in a decade. Military personnel are committing suicide in record numbers, and numerous recent articles have detailed how the scarcity of money is affecting the care provided to thousands of brave warriors wounded in the interminable wars of Iraq and Afghanistan. This is not the time for politics in defense procurement.

If the Air Force, the Navy, The Marine Corps, The Secretary of Defense, and the President of the United States want to kill this unnecessary, expensive, spare engine – why lobby for it?

Sarwar A. Kashmeri is senior fellow with the Atlantic Council’s International Security Program, and host of the New Atlanticist Podcast Series. This article originated as an interview by VPR. Photo credit: AP Photo.