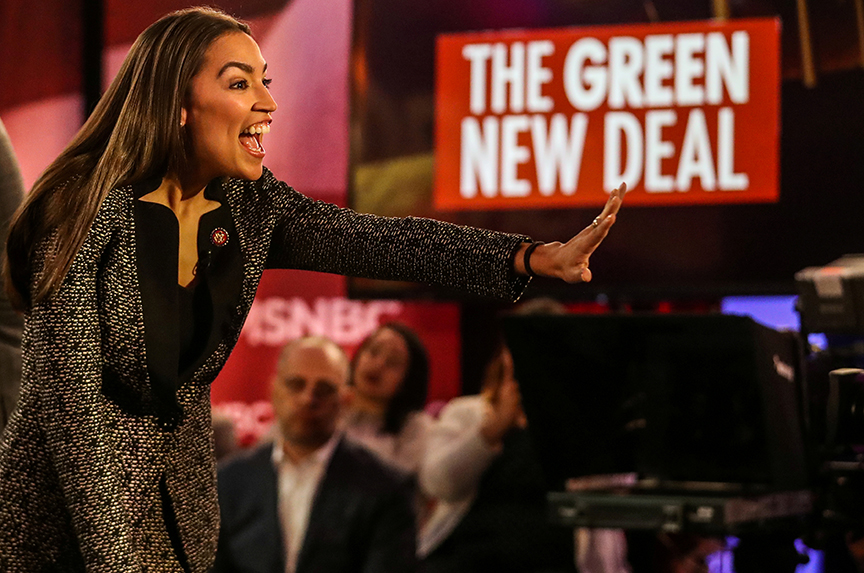 As the 2020 US presidential campaign heats up, deficits are once again coming back into the spotlight. A growing number of candidates are beginning to flirt with the Modern Monetary Theory (MMT), which is neither modern nor monetary. In a nutshell, the MMT argues that budget deficits don’t matter: a sovereign country can print as much money as it wants to spend until inflation rises, at which point it can raise taxes to cool down the economy. Since the Great Recession, major countries have done this (for example, via quantitative easing) to support a recovery—nothing new there. However, to carry this argument to its extreme, saying categorically that deficits don’t matter is wrong. Nevertheless, it is music to the ears of politicians both on the right (who favor more tax cuts) and the left (who propose Medicare for All and the Green New Deal). To most of us, it seems too good to be true—and it is.

According to the MMT, a country with monetary sovereignty—thus excluding members of a monetary union such as the euro area—can always issue money to spend without fear of default. More specifically, a government can ask its central bank to print money—or more precisely, to create central bank liabilities to deposit in the government’s account in exchange for government bonds—so that the government can spend on worthwhile projects. Persistent deficit spending will eventually get to full employment of the economy’s resources, causing inflation to rise, at which point the government can raise taxes to reduce money from the private sector to cool things down—presumably using such tax revenue to retire government debt. In other words, a government’s spending ability comes from its power to issue money and to compel its citizens to use the money as legal tender while tax is used to control inflation. The last point ignores the fact that raising taxes is difficult in modern societies, involves a lengthy and messy process, and is not wholly suitable to combat inflation.

The power to issue money has always conferred income (i.e. seignorage) to the government. MMT proponents now suggest expanding this with the central bank monetizing government debt—either directly or by buying government bonds on the secondary markets. Either way, the liabilities of the sovereign sector (government and central bank) vis-à-vis  other sectors of the economy increase, balanced on the asset side of the sovereign balance sheet by the present value of future tax and seignorage revenues. The key question is whether such increase in the sovereign deficit, and accumulated debt, has serious consequences.

MMT proponents focus on the positive effects of deficit spending while hardly mentioning any negative effects. It is important to be clear about the trade-off: increasing the deficit will stimulate the economy in the near term, but its expansionary effect on the economy is rather limited beyond the initial spending burst—the fiscal multiplier has generally been low. As a result, the stimulation this spending causes will quickly peter out, leaving higher sovereign debt in its wake. Accumulating too much debt will lead to heightened expectations that monetary accommodation (thus inflation) and/or taxes will be increased in future, sapping confidence and activity of consumers and businesses, as well as raising serious inter-generational equity problems. It is not a free lunch!

MMT proponents also refer to, as supporting evidence, Japan’s decades of low growth, low inflation, and interest rates despite soaring government deficit and debt, as well as similar experiences of the United States since the financial crisis. These convenient examples are the result of unique circumstances, however, and do not reflect the general rule.

In the case of Japan, its household sector has traditionally been a big saver and thus a net lender to other sectors of the economy, fluctuating largely between 10 percent and 20 percent of gross domestic product (GDP) a year for decades. The non-financial corporate (NFC) sector has also been almost as big a net lender, instead of being a net borrower to fund investments like in most other countries. Together, the private non-financial sector has posted a huge surplus of domestic savings over investment, more than sufficient to lend to the government and fund its deficits. In addition, the financial surplus has also been lent to the foreign sector (via a persistent current account surplus averaging 2.5 percent of GDP). The Japanese government’s deficit spending did complement the low consumption and investment by the private sector—but still only produced real growth of little more than 1 percent a year over the past three decades. Moreover, the huge household savings will likely decline in the future as more and more people retire: government deficit spending will then run into the constraint of having to attract funding from the foreign sector via a current account deficit, putting Japan in a similar situation to countries such as the United Kingdom.

In the United States, net lending by the household sector jumped sharply after the financial crisis in 2009 to an average of $800 billion annually from an average level of around $200 billion from 1965 to 2008. Without such historically large net household lending to the government sector, US interest rates would probably have been higher. In addition, relying on the reserve currency status of the US dollar to attract foreign buying of US sovereign debt is not prudent: foreign official investors have been a net seller of US Treasuries since 2015 while net buying by foreign private investors have been declining from an annual pace of $550 billion in 2011 to $150 billion at present.

The Conundrum of Low Inflation and Natural Unemployment Rates

The argument that increases in deficits and money (central bank reserves) do not raise inflation also needs to be put into context.

In the United States, the Federal Reserve’s quantitative easing operations increased the monetary base (notes and coins plus reserves deposits at the Fed) significantly, from $800 billion in 2008 to a peak of $4,165 billion in late 2015 before declining to $3,363 billion at the end of March 2019—after the Fed decided to shrink its balance sheet. However, the ratio of the monetary aggregate M1 (currency in circulation plus demand deposits at banks) to the monetary base (showing how much central bank money has been transformed into spending power) declined from 1.74 in 2008 to a low of 0.74 in late 2015, before recovering to 1.10 in March 2019. In other words, the Fed can boost its liabilities and thus the monetary base, but that does not mean that consumption and investment will automatically increase. Households and companies can decide not to borrow and spend, causing the commercial banks to maintain huge excess reserves at the Fed. As a consequence, domestic demand has not been strong enough to push inflation up. This is a special situation where the private sector needs to save to repair its balance sheets after a severe financial crisis and not at all a general rule as MMT proponents try to make out.

Speaking more broadly, persistently low inflation and apparent declines in the natural unemployment rate (or non-accelerating inflation rate of unemployment [NAIRU]) may reflect the combined effects of globalization and technological changes—probably leading to a greater supply of goods relative to their effective demand; propagating low manufacturing cost conditions in emerging markets; and weakening upward pressures on prices and wages due to the spread of online economic activity, including contingent self-employment.

Since those structural effects are still poorly understood and it is uncertain how low NAIRU has fallen from previous estimates of around 4 percent, with the current unemployment rate at 3.8 percent, it pays to be prudent. As wages have begun to rise in many emerging markets and trade tensions persist, cost-push inflationary pressure will likely build and change the consequences of printing too much money. More importantly, MMT proponents seem to ignore the lessons of the great financial crisis: the authorities had been singing the praise of the “Great Moderation” of decent growth, low interest rates, and low inflation despite easy monetary conditions until built-up financial excesses and imbalances caused the crisis to erupt in 2008-09. This could happen again.

Deficit spending can support the economy when it is below full-employment levels, even if the unemployment rate is low when inflation remains subdued. But MMT proponents have quickly generalized this to a belief that deficit spending is good regardless of the specific circumstances, while glossing over any negative consequences. More importantly, they fail to clarify the tradeoffs between near-term stimulation and longer-term deterioration of the sovereign financial position and its consequences.

As important and necessary public debates about reforming and re-prioritizing the US budget—whose deficit is estimated to exceed $1 trillion per year as far as the eye can see—begin in anticipation of the US presidential election campaign, these tradeoffs and clarifications need to be raised.