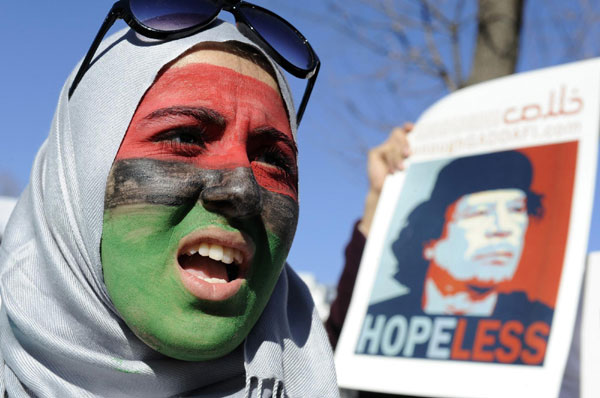 As we craft our responses to rapidly unfolding and changing circumstances in the Middle East and contemplate how best to support the region’s aspirations for basic freedoms and rights, we also need to step back and consider lessons learned for U.S. policymakers going forward.

Perhaps more important than asking why we didn’t predict the cascade of protests or conducting post-mortems on our immediate reactions, we need a reevaluation of the way in which we interact with governments who respect neither their people, nor international norms and agreements—and of the place democracy and human rights occupy in our foreign policy. In this way, we might be better positioned when (not if) a similar scenario arises.

As we know well, eloquent calls to abandon the pursuit of stability at the expense of democracy more easily articulated than translated into sustained policy—and that is the case whether the U.S. Administration is led by Republicans or Democrats. Respect for state sovereignty, security concerns, and the need for resources and energy are just a few of the considerations which may shape policy toward authoritarian regimes.  The United States does a better job than most in balancing these factors with human rights concerns, but we must do even better if we are to promote genuine security and be consistent with our most fundamental values.

Easier said than done, but perhaps a few basic tenets and changes could help us toward that goal:

No Double Standards. Whether it be an ally or a not-so-friendly leader, we should be consistent in how we address human rights issues.  The corollary to this is that we must lead through example and be willing to accept legitimate criticism when we fall short.

Temper Rhetoric.  Stirring words—especially those uttered by U.S. leaders—can play an important role in shaping events and supporting aspirations.  However, we must take care to calibrate our rhetoric so that it is consistent with, and does not outstrip, our ability to act.

Elevate the position of Assistant Secretary of Democracy, Human Rights and Labor to the Under-Secretary level.  This should be only one, albeit the most visible, of the moves to anchor democracy and human rights in our foreign policy dialogues.

Focus on Civil Society. Devote a greater share of assistance funds to programs that will help develop civil society.  In the coming months and years, the lack of civil capacity in the Middle East will likely prove one of the more daunting challenges to successful democratic transitions.

Back to Basics.  We do not make optimal use of existing international and regional organizations or agreements, thus weakening prospects for effective global governance and breeding cynicism about the value of multilateral institutions. Whether in the context of a norm-setting organization such as the OSCE or an international agreement like the UN Convention Against Corruption, we (not just the U.S.) are sometimes reluctant to discuss — let alone hold one another accountable – when we fall short of or violate agreed-upon standards.  Rather than seeking new missions for old organizations, e.g., the OSCE, or creating new frameworks for addressing global challenges, e.g., corruption, we should endeavor to make what we have work.

Susan Ball is a career Foreign Service Officer and a Senior Fellow at the Atlantic Council’sInternational Security Program.