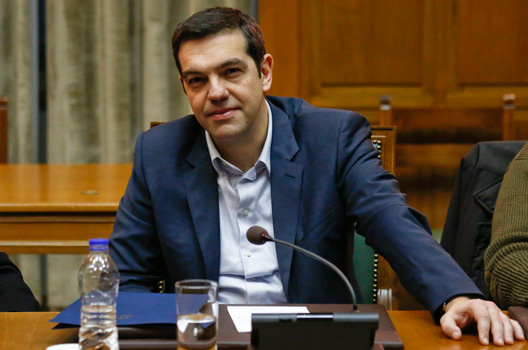 Greece’s creditors will scrutinize its reforms plan, which is aimed at securing a financial lifeline, for details on how the new government in Athens will tackle endemic problems such as corruption and tax evasion, according to Atlantic Council analyst Andrea Montanino.

Greece on February 24 cleared its first hurdle toward getting a four-month extension of its bailout when euro zone finance ministers approved the package of reforms submitted by the Greek government.

The Greek plan “is sufficiently comprehensive to be a valid starting point for a successful conclusion of the review,” European Commission Vice President Valdis Dombrovskis and European Commissioner Pierre Moscovici wrote in a letter to Eurogroup President Jeroen Dijsselbloem.

The so-called troika — the European Union, the European Central Bank, and the International Monetary Fund — and European parliaments must now approve the Greek proposals.

In an early sign that it may not be all smooth sailing for Greece, IMF Managing Director Christine Lagarde expressed reservations about the proposals.

“In some areas like combating tax evasion and corruption I am encouraged by what appears to be a stronger resolve on the part of the new authorities in Athens,” Lagarde wrote in a letter to the Eurogroup.

“In quite a few areas, however, including perhaps the most important ones, the letter is not conveying clear assurances that the government intends to undertake the reforms envisaged,” she added.

The Greek plan includes a promise to crack down on tax evasion.

“The proposals risk being populist. They aim to raise money by taxing the rich. While this is fine, it does not serve the long-term interests of the country,” said Montanino, Director of the Atlantic Council’s Global Business and Economics Program.

Germany, which has contributed the largest amount to Greece’s $275 billion bailout, has tied any extra spending to higher savings and taxes. The bailout in 2010 forced Greece’s government at the time to make deep cuts in spending, which many Greeks blame for their nation’s economic problems.

The Greek government agreed on February 20 to extend by four months the second phase of the bailout program, which was due to expire on February 28.

Greek Prime Minister Alexis Tsipras portrayed the extension as a victory because Athens now gets to decide on what reforms it will take rather than having them dictated by the troika, which monitors Greece’s economic policies and programs.

The extension avoids the prospects of Greece leaving the euro, a move Montanino said would be disastrous for Greece.

Montanino spoke in an interview with New Atlanticist’s Ashish Kumar Sen. Excerpts below:

Q: The Greek government has drawn up a package of structural economic reforms in an attempt to appease its euro zone creditors and secure a four-month bailout lifeline. What has Greece agreed to do?

Montanino:  The agreement between the Greeks and the European partners is to postpone for four months the current program that Greece has with Europe. It is basically a way to buy time, no more than that. The agreement includes a request to provide a list of measures in order to respect the previous agreements. My reading is that German supremacy won over the Greek approach of changing everything.

Q: What happens at the end of four months?

Montanino: Greece has two options. The first option is to simply not participate in any other programs with the Europeans, but it means starting financing on the market. This is what Portugal did. I don’t think Greece can go along with this option, so they will go with the second option, which is to start negotiating a new program.

My guess is that at the end of the four months there will be a new program with some debt restructuring. The Greeks will discuss the conditions — what is the primary surplus that they have to achieve over 2017, what will be the arrangement with the troika in terms of monitoring the program? What the Greeks hate most is having the troika in Athens for two weeks every three months.

Q: Will the package be easily approved?

Montanino: Since it is an extension of a program, it must be approved by several Parliaments, including the German Parliament. It will be a process that will take some time.

The proposals risk being populist. They aim to raise money by taxing the rich. While this is fine, it does not serve the long-term interests of the country. I haven’t read anything about modernizing the country.

For many years, there has been a lot about fighting against tax evasion and corruption. These are structural problems in Greece that cannot be solved in a few months. What are important are the details. It’s all very well to say ‘We’ll fight corruption.’ The Eurogroup wants details on how the government is planning to fight corruption.

Q: Alexis Tsipras was elected on the promise of ending five years of EU-dictated austerity. He has since yielded to the authority of the troika. What effect will this deal have on him and his Syriza party?

Montanino: I think the Prime Minister is smart enough to sell the agreement of last Friday as a success for him. The Greek problems don’t arise from austerity. They are mainly a result of an inefficient economic system. Greece needs to reform its economy. It is not easy for the Prime Minister to reform Greece’s economy without some pain. This was true for Portugal, for Spain, and even for Italy, which did not have a program with the troika, but it had painful reforms in order to make its economy more modern.

Q: Has the prospect of a Greek exit from the Euro been avoided?

Montanino: I think it has been avoided. I think everybody is agreed that this is not the route for Greece. I don’t see Greeks seeking it because it is too dangerous for them and would lead to the collapse of their economy. I also don’t see Germany or any other country pushing for it.

Q: There was a sense among some Greeks that they would get support from other European countries for their anti-austerity push. Why didn’t countries like Portugal and Spain back Greece?

Montanino: You have countries like Portugal, Spain, and Ireland that kept their programs of assistance so they don’t want to let the Greeks do what they didn’t do. They respected all the rules and the programs so they say ‘Why should Greece do differently?’

Then you have countries like Italy and France that are more pro-growth and less austerity, but are at the same time responsible countries. They don’t consider it helpful for Greece to leave the assigned path of a program of assistance, reforms, primary surplus etc. These countries acted in the interests of Greece by keeping it in the euro zone and on track. The current agreement, at the end of the day, will help Greece.