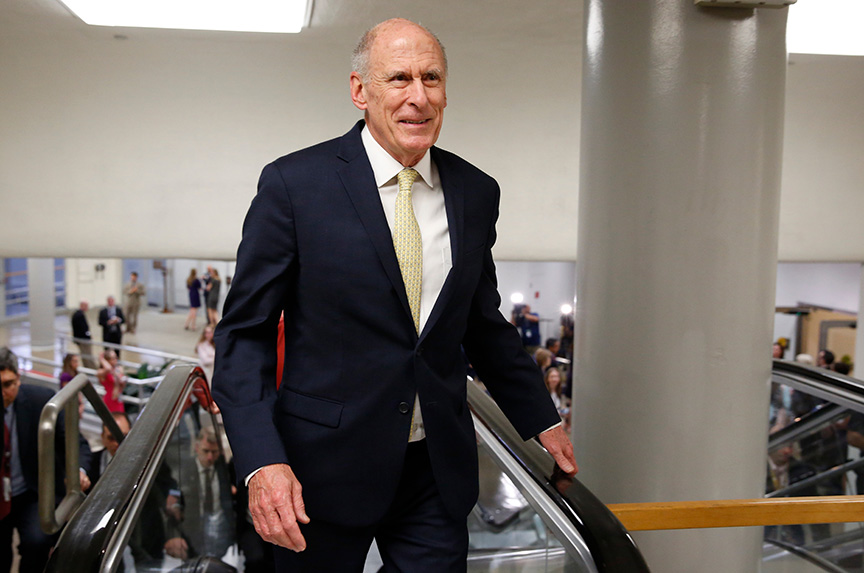 Russia is attempting to influence the midterm elections in the United States in November as well as divide the transatlantic alliance, US Director of National Intelligence Dan Coats warned at a meeting co-hosted by the Atlantic Council in Normandy, France, on June 8.

Coats said Russia had already undertaken an “unprecedented influence campaign to interfere in the US electoral and political process” in 2016. Russia, Coats pointed out, has also meddled in France, Germany, Norway, Spain, and Ukraine. “It is 2018, and we continue to see Russian targeting of American society in ways that could affect our midterm elections,” he said.

Coats’ comments are aligned with assessments by the US intelligence community and US Secretary of State Mike Pompeo, who in his previous role as director of the Central Intelligence Agency warned that he expected Russia to attempt to disrupt the midterm elections.

Coats spoke at a meeting jointly hosted by the Atlantic Council, Le Figaro, and the Tocqueville Foundation in Normandy, France.

Coats said Russia had conducted cyberattacks and disinformation campaigns with the intent of “degrading our democratic values and weakening our alliances.”

“These Russian actions are purposeful and premeditated and they represent an all-out assault, by Vladimir Putin, on the rule of law, Western ideals and democratic norms,” he said.

“[Putin’s] actions demonstrate that he seeks to sow divisions within and between those in the West who adhere to democratic norms,” he added.

Coats, a former US congressman and senator, delivered a clear warning of Russian attempts to split the transatlantic alliance.

“The Russian threat in particular has awakened Europe to the need to reinvigorate NATO and bolster our collective defenses,” he said. “The Russians are actively seeking to divide our Alliance, and we must not allow that to happen.”

Coats used his speech to explore ways in which democracies can be strengthened. Perhaps mindful of the challenge the United States currently poses to the liberal world order, he said: “In my current position, my responsibility is to focus on foreign threats to our democracy—and refrain from commenting on politics in the US.  It is not pretty.”

Trump has roiled the transatlantic relationship and strained ties with many of the United States’ longstanding friends and allies by his dogged pursuit of an America First policy. Such an approach has seen the United States withdraw from multilateral agreements—the Iran nuclear deal and the Paris climate pact are prominent examples—and impose metal tariffs on the European Union (EU), Mexico, and Canada on the pretext of preserving US national security. These actions have increasingly left the United States alone on the world stage.

While firm on the threat posed by Russia, Coats underscored the importance for the United States to have enduring relationships with its European allies to stand up to that challenge.

“As I see every day in our intelligence reports, we live in a time of uncertainty, turmoil and peril for Western democracies,” said Coats. “From Russia’s renewed aggression, to China’s global ambitions, to the persistent threat of terrorism, democracy and faith in our national institutions are under assault.”

Coats listed Russia’s malign actions, including its massive cyberattack on Ukraine in 2017 that caused worldwide damage and its attempt to kill a former Russian spy, Sergei Skripal, and his daughter, Yulia, in the United Kingdom in March.

“Vladimir Putin says he wants a united and prosperous Europe because it is Russia’s biggest trade and economic partner, yet all one needs to do is look at the actions of the Russian state, not Putin’s pronouncements,” Coats said.

“Invading Ukraine, seizing Crimea, attacking individuals in the UK with nerve agent, conducting cyber-attacks against multiple EU countries, and undermining the energy resources of Eastern European countries do not strike me as unifying actions,” he asserted.

On the transatlantic relationship, Coats conceded that there will be differences over policies, “but our overarching relationships have endured.”

Coats expressed appreciation of France’s willingness to take on a greater role in global, regional, and security issues and disappointment in the fact that Germany, a country which he said is the most capable of providing strength and resources to Europe, “isn’t punching up to its weight.”

“Our expectation is that our partners will join us in countering malign aggression and global threats,” Coats said. “In doing so, they are not taking a political stand, but a stand to guard and sustain our security and democratic values.”

Image: “The Russians are actively seeking to divide our Alliance, and we must not allow that to happen,” US Director of National Intelligence Dan Coats said at a meeting co-hosted by the Atlantic Council in Normandy, France, on June 8. (Reuters/Joshua Roberts)