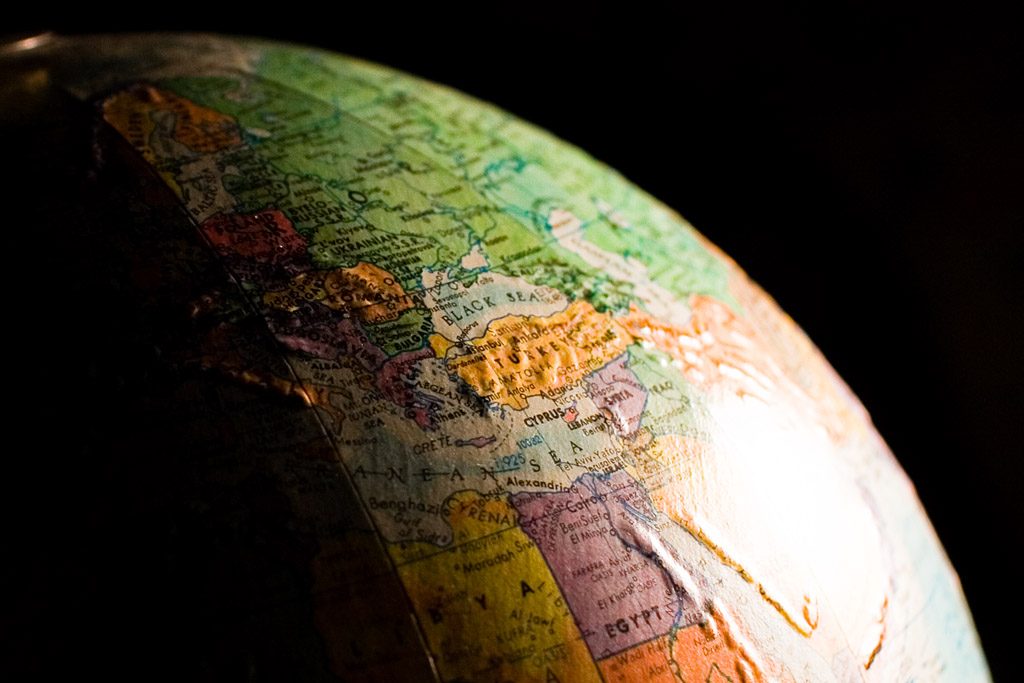 For all their bitter differences, President Obama and Governor Romney share one overwhelming challenge. Whoever is elected will face the growing reality that the greatest risk to global stability over the next 20 years may be the nature of America itself.

Nothing – not Iranian or North Korean nuclear weapons, not violent extremists or Mideast instability, not climate change or economic imbalances – will shape the world as profoundly as the ability of the United States to remain an effective and confident world player advocating its traditional global purpose of individual rights and open societies.

That was the conclusion of the Global Agenda Council on the United States, a group of experts that was brought together by the World Economic Forum and that I have chaired. Even more intriguing, our group tested our views on, among others, a set of Chinese officials and experts, who worried that we would face a world overwhelmed by chaos if the U.S. – facing resource restraints, leadership fatigue and domestic political dysfunction – disengaged from its global responsibilities.

U.S. leadership, with all its shortcomings and missteps, has been the glue and underwriter of global stability since World War Two – more than any other nation. Even with the world experiencing its greatest shift of economic and political power since the 19th century, no other country is emerging – or looks likely to emerge – that would be as prepared or equipped to exercise leadership on behalf of the global good.

Yet many in the world are questioning the role of U.S. leadership, the governance architecture it helped create and even the values for which the U.S. stands. Weary from a decade of war and strained financially, Americans themselves are rethinking whether they can afford global purpose.

The election campaign is unlikely to shed much light on these issues, yet both candidates face an inescapable truth: How the U.S. evolves over the next 15 to 20 years will be most important single variable (and the greatest uncertainty) hovering over the global future. And the two most important elements that will shape the U.S. course, in the view of the Global Agenda Council on the United States, will be American intentions and the capability to act on them.

In short, will Americans continue to see as part of their identity the championing of values such as individual opportunity and open societies that have contributed so richly to the global commons? Second, can the U.S. sufficiently address its domestic challenges to assure its economic, political and societal strength while the world changes at unprecedented velocity?

Consider this: It took Great Britain 155 years to double its gross domestic product per capita in the 18th and 19th centuries, when it was the world’s leading power. It took the U.S. 50 years to do the same by 1950, when its population was 152 million. Both India and China have achieved the same growth on a scale and at a pace never experienced before. Both countries have more than a hundred times the population of Britain during its heyday, yet they are achieving similar outcomes in a tenth of the time.

Although China will likely surpass the U.S. as the world’s largest economy by 2030, Americans retain distinct advantages that could allow them to remain the pivotal power. Think of Uncle Sam as a poker player sitting at a global table of cohorts, holding better cards than anyone else: a free and vibrant society, a history of technological innovation, an ability to attract capital and generate jobs, and a relatively young and regenerating population.

However, it doesn’t matter how good your cards are if you’re playing them poorly. Put another way, the candidate who wins in November is going to be faced with the reality summed up by the cartoon character Pogo in 1971 as he was trying to make his way through a prickly primeval forest without proper footwear: “We have met the enemy and he is us.”

Imagine two very different scenarios for the world, based on how America rises to its challenges.

The positive scenario would require whoever is elected in November to be a unifier, someone who can rise above our current squabbles and galvanize not only the U.S. but also the world around a greater understanding of this historic moment. He would address the larger U.S. issues of failing infrastructure, falling educational standards, widening deficits and spiraling healthcare costs. He would partner more effectively with rising powers, and China in particular. And he would recognize and act upon the strategic stake the U.S. has in a politically confident, economically healthy Europe.

The doubling of the global middle class by a billion people by 2030 plays into U.S. political and economic strengths, increasing demand for the products and services of information technology where the U.S. excels. Developments that improve the extraction of shale natural gas and oil provide the U.S. and some of its allies disproportionate benefits. Under this positive scenario, the U.S. could log growth rates of 2.7 percent or more each year, compared with 2.5 percent over the past 20 years. Average living standards could rise by 40 percent through 2030, keeping alive the American dream and restoring the global attractiveness of the U.S. model.

The negative scenario results from a U.S. that fails to rise to its current challenges. Great powers decline when they fail to address the problems they recognize. U.S. growth could slow to an average of 1.5 percent per year, if that. The knock-on impact on the world economy could be a half-percent per year. The shift in the perception of the U.S. as a descending power would be more pronounced. This sort of United States would be increasingly incapable of leading and disinclined to try. It is an America that would be more likely to be protectionist and less likely to retool global institutions to make them more effective.

One can already see hints of what such a world would look like.

Middle Eastern diplomats in Washington say the failure of the U.S. to orchestrate a more coherent and generous transatlantic and international response to their region’s upheavals has resulted in a free-for-all for influence that is favoring some of the least enlightened players. Although the U.S. has responded to the euro zone crisis, as a result of its own economic fears, it hasn’t offered a larger vision for the transatlantic future that recognizes its enormous strategic stake in Europe’s future, given global shifts of influence.

The U.S. played a dominant role in reconstructing the post-World War Two international order. The question is whether it will do so again or instead contribute to a dangerous global power vacuum that no one over the next two decades is willing or capable of filling.