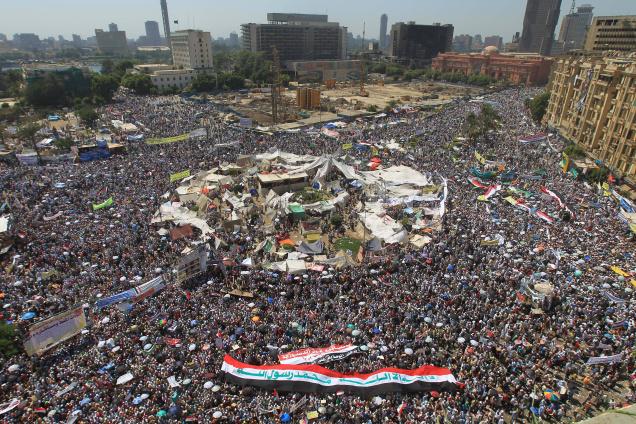 My experience during the Romanian Revolution of 1989 taught me that no one can control the unfolding of events once a revolution has started. The possibilities for its deflection or losing control over it are practically endless. Therefore, no one can credibly predict how revolutions end.

The fundamental element during such a situation is to create a new authority, which can answer quickly and visibly to the daily needs of the population and which should be preferably supported by the armed forces (based on the fact that dictatorial regimes prefer the security forces to the military for their protection, which allow the latter to enjoy a relatively untainted good image with the public).

The people, who have been brought into the streets by years of hardships, expect to see a rapid improvement in their life. Only when this happens will the people gradually begin supporting the new authorities.

However, the process of political stabilization might very well prove to be long and difficult, given the contagious effect of the similar processes taking place simultaneously in neighboring countries, the internal struggle for power, and outside interference.

The Western response should be perceived to favor the masses, who should feel that the West would limit itself at helping create the conditions conducive to their own decisions

Strategically, the perspective of a Northern Africa in turmoil is not acceptable to Europe. Politically, economically, demographically, and militarily, Europe would be forced to face important challenges, which cannot be approached individually any longer. They will require a coherent, common response, from Europe as a whole rather than individual countries attempting to satisfy their narrow interests without concern for the detriment of others.

The central equation in the Middle East – the Palestinian-Israeli one – would be shadowed and significantly affected by the combined result of the revolutionary wave potentially affecting Northern Africa and the Eastern Mediterranean. Israel would likely be more preoccupied by the internal developments in important neighboring countries like Egypt and Jordan than by the Palestinians.

The US would have a major problem, too, exactly at the time when they are attempting a change of course towards East Asia, which might compel them look pay more attention to strengthening the transatlantic relationship, including NATO and the EU.

The challenge might be complicated by the possibility that the revolutionary wave from the north of Africa might spread southward, thus further straining the resource imbalance in the world economy.

That, in turn, might affect China’s interests and force her to add a more prominent political and, possibly, military dimension to its African involvement or (less probably) attempt a re-rapprochement with the West in attempting to preserve stability.

Ultimately, it is impossible now to predict the spillover effects and who will, in the end, assume control in the affected countries. The rapidly spreading events in North Africa have the potential of representing the second major geo-political shift after the implosion of communism and the end of the Cold War.